Annie is a Broadway musical based upon the popular Harold Gray comic strip Little Orphan Annie.

Pre-Broadway tryout)
Annie had its World premiere on August 10, 1976 at the Goodspeed Opera House in East Haddam, Connecticut. Kristen Vigard was the first actress to play the title role. However, the producers soon decided that Vigard's genuinely sweet interpretation was not tough enough for the street-smart orphan. After a week of performances, Vigard was replaced by Andrea McArdle, who played one of the other orphans, Pepper. Vigard went on to become McArdle's Broadway understudy.

Broadway original
The original Broadway production opened at the Alvin Theatre on April 21, 1977 and starred Andrea McArdle as Annie, Reid Shelton as Daddy Warbucks, Dorothy Loudon as Miss Hannigan, and Sandy Faison as Grace Farrell. Danielle Brisebois was one of the orphans. It was nominated for eleven Tony Awards and won seven, including the Best Musical, Best Score, and Best Book. Replacements in the title role on Broadway included then-child actors Shelly Bruce, Sarah Jessica Parker, Allison Smith and Alyson Kirk. Replacements in the role of Miss Hannigan included Alice Ghostly, Dolores Wilson, Betty Hutton, Marcia Lewis, and June Havoc.
The show closed on January 2, 1983, after a total of 2,377 performances, setting a record for the longest running show at the Alvin Theatre (now the Neil Simon Theatre), until it was surpassed by Hairspray in 2009.

United States National touring companies
During the Broadway run of Annie, there were four touring companies that were launched from the original production to tour to major U.S. cities:
The 1st National Touring Company opened in Toronto in March 1978 with Kathy-Jo Kelly in the title role, Norwood Smith as Daddy Warbucks, Jane Connell and Ruth Kobart as Miss Hannigan and Gary Beach as Rooster. It played in Miami from April 12 to May 13, 1978 then continued for a few more cities until it landed in Chicago where it played for 32 weeks. In April 1979, it continued on the road in with Mary K. Lombardi now in the lead as Annie. In the fall of 1980, Theda Stemler took over the part and was replaced in Boston when she grew too old. On May 15, 1981, Louanne Sirota, who had played Annie in the long-running Los Angeles production (see below), took over the role for four months. In August 1981, Becky Snyder became the company's last Annie, closing the tour on September 6, 1981.
The 2nd National Touring Company (sometimes referred to as the West Coast or Los Angeles Production) opened in San Francisco on June 22, 1978 with Patricia Ann Patts starring as Annie and the then-unknown Molly Ringwald playing one of the orphans. The show landed in Los Angeles on October 15, 1978 for an open-ended run at the Shubert Theatre. On June 12, 1979, Sirota, just 9 years old (up until that time, all Annies had been 11 years old), took over the role from Patts. Marisa Morell took the role in December 1979, closing the Los Angeles run and continuing on tour with the show through December 1980.Kristi Coombs then played Annie until this touring company closed in Philadelphia on January 23, 1982. Alyssa Milano played one of the orphans in 1981.
The 3rd National Touring Company opened in Dallas on October 3, 1979 with Roseanne Sorrentino in the title role. This company toured to 23 cities playing mostly shorter runs of a month or less. On March 27, 1981, Bridget Walsh took over as Annie. Becky Snyder (who had closed the 1st National Tour) joined this company in the summer of 1982 and stayed with it until it closed in September of that year.
The 4th National Touring Company opened on September 11, 1981 with Mollie Hall playing Annie. This production was a "bus and truck" tour, with a slightly reduced cast, that traveled the country and often played in two cities a week. This company was still touring when the original Broadway production closed in January 1983, making Kathleen Sisk the final performer to play Annie from the original production team. This tour closed in September 1983.

West End original
The musical premiered in the West End at the Victoria Palace Theatre on 3 May 1978. Though Andrea McArdle played the title role for 40 performances, British 12-year-old Ann Marie Gwatkin was also cast in the title role and appeared on the Original London cast recording. She alternated with Christine Hyland and five other Annies were cast at this point: Anne O'Rourke, Tracy Taylor, Jacinta Whyte, Helen Thorne and Gillian White, who were all to play the role over the next three years. Miss Hannigan was originally played by Sheila Hancock, and later by Maria Charles and Stella Moray; Daddy Warbucks was played by Stratford Johns and later by Charles West, with Deborah Clarke playing Pepper. Annie closed on 28 November 1981, after 1485 performances.

UK tour
The musical transferred to the Bristol Hippodrome for a special Christmas season before touring Britain. Because of strict British employment laws for juvenile actors, a succession of actresses took on the lead role every four months. One of the last girls to perform the role at the Victoria Palace before the show went on tour was 10-year old Claudia Bradley from Leeds who was featured on a 1981 BBC programme called Fame.

West End revival (1998)
The show was revived at the Victoria Palace, running from 30 September 1998 to 28 February 1999. It starred Lesley Joseph and then Lily Savage (the female alter ego of comedian Paul O'Grady) as Miss Hannigan and Kevin Colson as Warbucks.
Further UK tours of the show were also staged, including a one-month run at The Theatre Royal in Lincoln in 2001. Members of the original cast included Annie's Kate Winney and Jemma Carlisle, Louise English (Grace), Vicki Michelle (Hannigan) and Simon Masterton-Smith (Warbucks). The show proved to be a success, and so for the first two tours and the Malaysian Genting Highlands Production, the role of Annie was then shared by Faye Spittlehouse and a young Lucy May Barker. This particular production toured from 2001–2007 and resumed in September 2008.

Broadway revival (1997)
A 20th anniversary Broadway revival in 1997 entitled Annie, the 20th Anniversary starred Nell Carter, and later Sally Struthers, as Miss Hannigan, but controversy surrounded the casting of the titular character. The original actress cast in the role, Joanna Pacitti, was fired and replaced by her understudy, Brittny Kissinger (who usually played July) while battling bronchitis. Public sentiment seemed to side with Pacitti as she was the winner of a highly-publicized contest to find a new Annie sponsored by the department store Macy's. This incident, coupled with the mixed reviews the new staging garnered, doomed it to a short run, although it was followed by a successful national tour. Kissinger, then 8, became the youngest actress to ever play Annie on Broadway.
More controversy surrounding the show involved Nell Carter. Carter reportedly was very upset when commercials promoting the show used a different actress, Marcia Lewis, a white actress, as Miss Hannigan. The producers claimed that the commercials, which were made during an earlier production, were too costly to reshoot. Carter felt that racism played a part in the decision. "Maybe they don't want audiences to know Nell Carter is black", she told the New York Post. However, the ads did mention that Carter was in the show. "It hurts a lot", Carter told the Post, "I've asked them nicely to stop it — it's insulting to me as a black woman."[citation needed] Later reports stated that "Nell Carter of Broadway's’Annie' denied Thursday that she called her show's producers racist because they chose to air commercials featuring a previous Miss Hannigan--who is white--instead of her." Her statement, released by the Associated Press, read: " 'Yes, it is true that I and my representatives have gone to management on more than one occasion about the commercial and were told that there was nothing they could do about it,' Carter said in a statement Thursday. 'Therefore, I have resigned myself to the fact that this is the way it is.' The statement also addressed the alleged charges of racism, first published in Thursday's New York Post. Carter is black. 'I, Nell Carter, never, ever, ever accused my producers or anyone in the show of racism,' she said. Producers have said it is too expensive to film a new commercial." Carter was later replaced by another white actress, Sally Struthers.

Annie: An 11-year-old redheaded orphan girl, optimistic and spunky, whose only wish is to find her parents
Miss Hannigan: The alcoholic orphanage matron, disillusioned, she hates children, but is fond of alcoholic beverages
Oliver "Daddy" Warbucks: Billionaire businessman who opens his home– and heart– to Annie
Grace Farrell: Warbucks' faithful secretary, who loves Annie from the start
"Rooster" Hannigan: Miss Hannigan's no-good brother, out for the quick buck
Lily St. Regis: Rooster's girlfriend, is smarter than she appears
Molly, Pepper, Duffy, July, Tessie, and Kate: The orphans at the orphanage, ages 6 to 13
Franklin D. Roosevelt: President of the United States, he aids Warbucks in the search for Annie's parents
Louis Brandeis: Associate Justice of the U.S. Supreme Court, he is called upon to assist in Annie's adoption
Bert Healy: Radio announcer who agrees to broadcast Annie's search for her parents
The Boylan sisters: Singers on the Bert Healy Show and hope to be famous someday
Lt. Ward: A policeman sent after Annie, he finds her at the Hoovervilles
Sandy: An abandoned mixed–breed dog that Annie rescues, he becomes her faithful companion 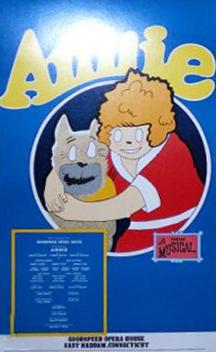 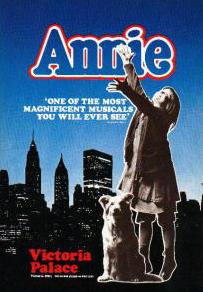 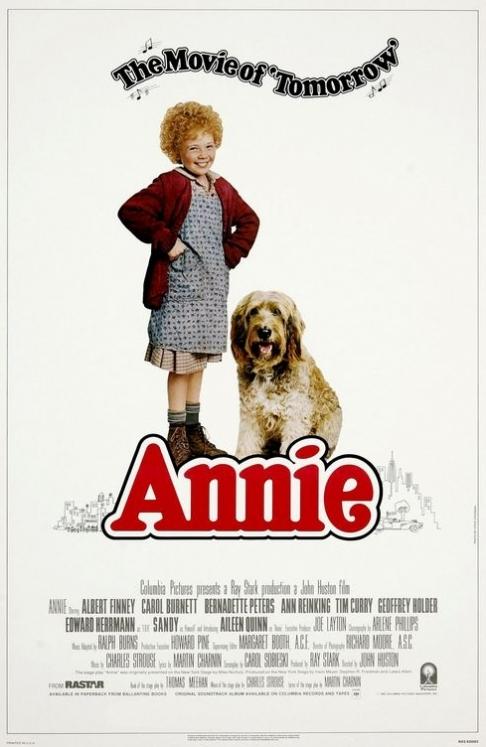 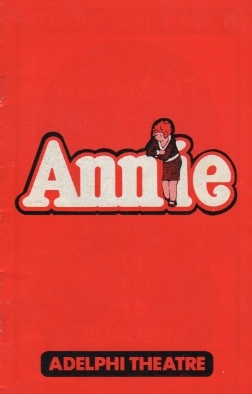 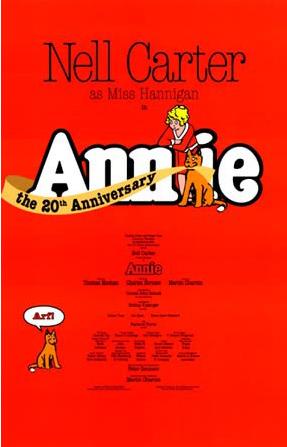 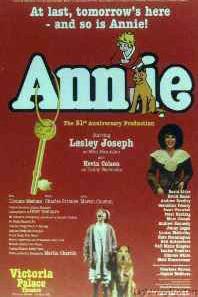 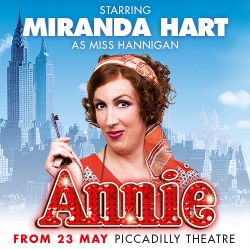 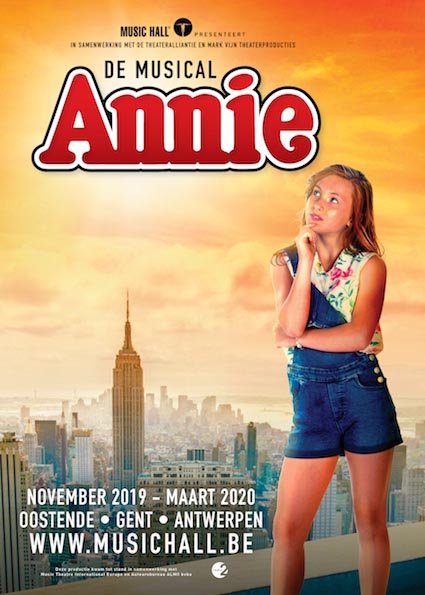 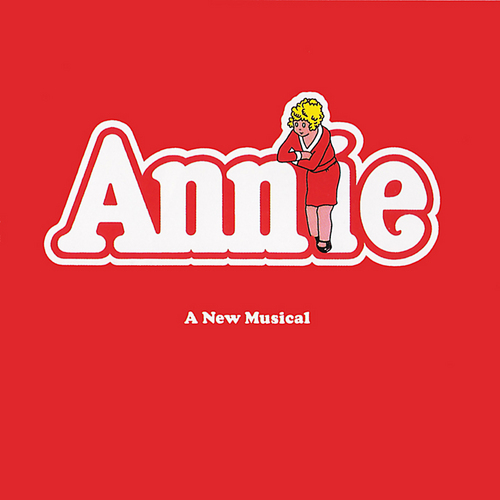 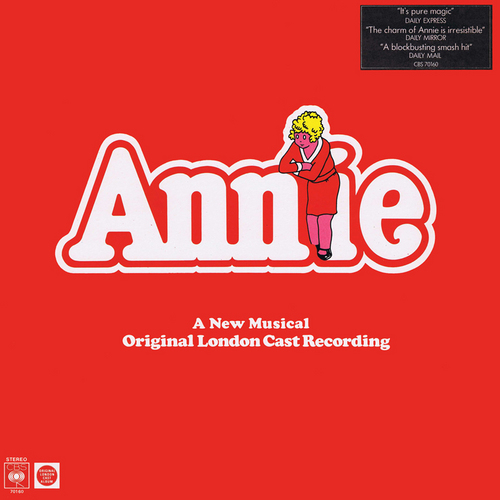 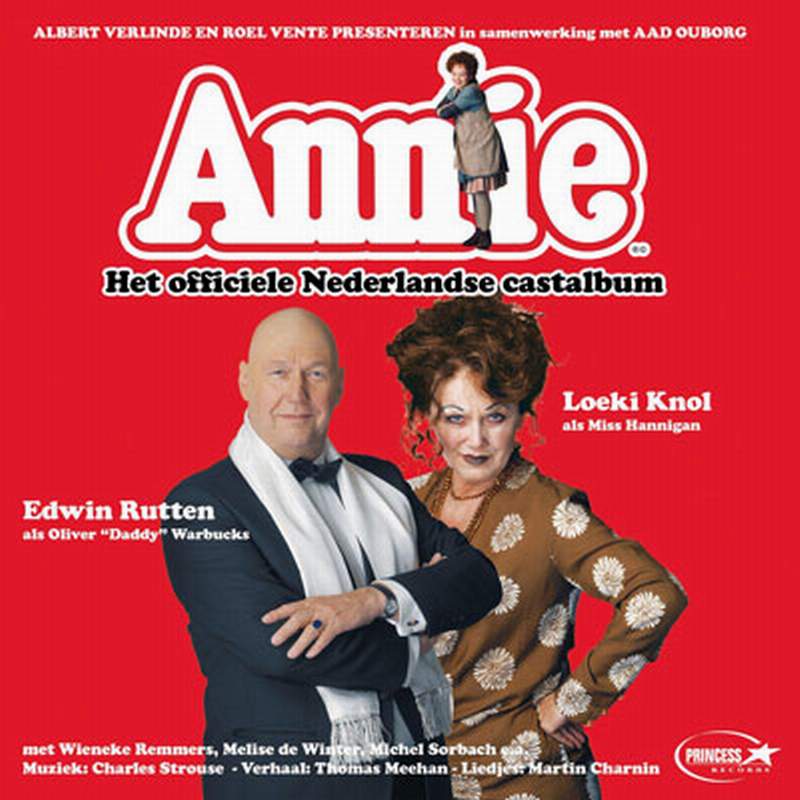 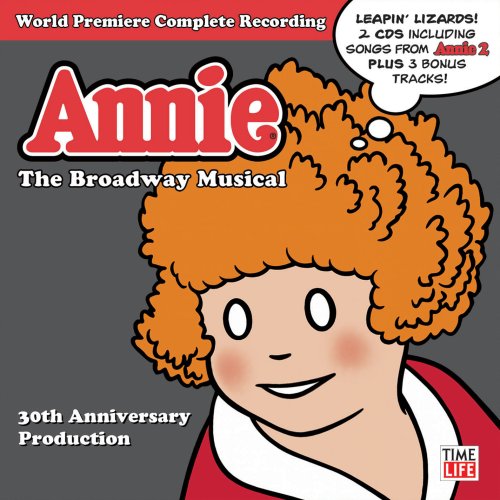