Genèse: The show sits on the boundary between musical and song cycle, but it is neither; it is an abstract musical, a series of songs all connected by a theme: "the moment of decision." The show employs four performers who do not literally play the same characters throughout the show but who do have consistently developing character arcs nonetheless. Composer Jason Robert Brown has said of his show, "It's about one moment. It's about hitting the wall and having to make a choice, or take a stand, or turn around and go back." A workshop of the show was produced in Toronto. The original Off-Broadway production ran for a limited three and 1/2-week run, which included two 1/2 weeks of previews at the WPA Theater in 1995. The original cast consisted of Brooks Ashmanskas, Andrea Burns, Jessica Molaskey, and Billy Porter (Porter's part was sung by Ty Taylor on the original cast recording). Daisy Prince, daughter of Broadway director Harold Prince, directed. The original band consisted of Jason Robert Brown on piano, Randy Landau on bass, Tom Partington on drums, Joe Reina on keyboards, and Warren Smith and Rob McEwan on percussion. The piano features heavily throughout the show's music and because of its small cast and orchestra, Songs for a New World has become a favorite small show for colleges and local theatres, despite its vocally demanding score. The music of Songs for a New World is heavily influenced by a broad range of musical genres, including pop, gospel and jazz. Many of the songs combine elements of two or more of these genres. An extensive background and analysis essay about the show was written by Scott Miller. The Variety reviewer noted :" His debut foray into his own spotlight comes with 'Songs for a New World,' a musical revue that shows Brown to be a capable songwriter of the Alan Menken school: commercial show-tune pop with palatable sentiment and easy-to-take melody.... 'Songs for a New World' seems to contain more cabaret convention and pianobar posing than any one revue should have to withstand." The first professional revival in New York was staged in October 2008 at the Chernuchin Theatre, featuring a 14-member youth ensemble in addition to the four principal performers; it was directed by Debbie Slevin. The show continues to be popular among amateur theatre groups with performances across Australia, the USA and the UK. The score was recorded in 1996 by RCA and released in March 1997.

Résumé: Story: This show is a cross between a musical and a song cycle, being an abstract musical containing a series of songs all connected by theme rather than narrative. The show features four performers who do not actually play the same characters throughout the show but who do have consistently developing character arcs nonetheless. The composer himself described the show as being . . about one moment. . . .about hitting the wall and having to make a choice, or take a stand, or turn around and go back."

Genèse: Original Chicago production The show debuted at Northlight Theatre in Skokie, Illinois in 2001, running from May–July 1. The production starred Lauren Kennedy as Cathy and Norbert Leo Butz as Jamie. Kennedy had a previous commitment (a role in South Pacific in London) and was replaced by Sherie Rene Scott. Scott, therefore, performed the vocals on the cast recording. Off-Broadway The show opened Off-Broadway at the Minetta Lane Theatre on March 3, 2002 and closed May 5, 2002. Directed by Daisy Prince, Butz and Scott again starred. The production won the 2002 Drama Desk Award for outstanding music and lyrics, as well as receiving Drama Desk nominations for Outstanding Musical, Outstanding Actor, Outstanding Actress, Outstanding Orchestrations, and Outstanding Set Design. It also received the Lucille Lortel Award nomination for Outstanding Musical and Outstanding Actor, and the Outer Critics Circle Award nomination for Outstanding Off-Broadway Musical Off-Broadway revival The show will be revived Off-Broadway at the Second Stage Theatre in the spring of 2013 for a limited engagement with Adam Kantor and Betsy Wolfe in the roles of Jamie and Kathy, respectivecly. Brown himself will direct.

Résumé: The story explores a five-year relationship between Jamie Wellerstein, a rising novelist, and Cathy Hyatt, a struggling actress. The show uses a form of storytelling in which Cathy's story is told in reverse chronological order (beginning the show at the end of the marriage), and Jamie's is told in chronological order (starting just after the couple have first met). The characters do not directly interact except for a wedding song in the middle as their timelines intersect.

Genèse: Pre-Broadway The Bridges of Madison County originated at the Williamstown Theatre Festival and ran from August 1 to August 18, 2013. The musical was directed by Bartlett Sher, with scene design by Michael Yeargan, costumes by Catherine Zuber, lighting by Donald Holder, and sound by Jon Weston. The cast featured Steven Pasquale (Robert), Elena Shaddow (Francesca), Daniel H. Jenkins (Bud), Nick Bailey (Michael), Caitlin Kinnunen (Carolyn), Cass Morgan (Marge), Michael X. Martin (Charlie), Whitney Bashor (Marian/Chiara), John Paul Almon, Jennifer Allen, Emma Duncan, Luke Marinkovich, Laura Shoop, and Tim Wright. Broadway The musical opened on Broadway at the Gerald Schoenfeld Theatre in previews on January 17, 2014, and officially on February 20, 2014. The creative team remained the same, with additional credits for Hair and Wig design by David Brian Brown and Make-Up Design by Ashley Ryan. The orchestrations are by Jason Robert Brown. The original cast featured Pasquale, Bashor, Martin, Marinkovich, Morgan, Allen, and Kinnunen reprising their roles. The new cast members were Kelli O'Hara as Francesca, Hunter Foster as Bud, Derek Klena as Michael, Ephie Aardema, Katie Klaus, Aaron Ramey, and Dan Sharkey. O'Hara had been originally announced to appear in the Williamstown production, but because she expected her second child in September 2013, Elena Shaddow played Francesca instead. The musical closed on May 18, 2014, after 137 performances. A recording of the original Broadway cast was released in April 2014 (digital) and May 2014 (CD) on the Ghostlight label. Subsequent productions A US National tour, incorporating some minor changes, was announced by producers after the closing of the Broadway production. The tour began on November 28, 2015 at the Des Moines Civic Center in Des Moines, Iowa, with Brown conducting.[9] Additional stops include the Ahmanson Theatre in Los Angeles, California (starting December 8, 2015), the Hobby Center in Houston, Texas, The Smith Center for the Performing Arts in Las Vegas, Nevada, the Orpheum Theatre in Minneapolis, Minnesota, and the Kennedy Center in Washington, DC (June-July 2016). The tour stars Elizabeth Stanley as Francesca and Andrew Samonsky as Robert. The tour ends in Greenville, South Carolina, in July 2016. The international premiere of the musical will be staged in Manila, the Philippines by Manila-based Atlantis Theatrical Entertainment Group. It will run from November 20, 2015 until December 6 at the Carlos P. Romulo Auditorium, RCBC Plaza, Makati. The production stars Joanna Ampil as Francesca and Mig Ayesa as Robert. It will be directed by Bobby Garcia, with choreography by Cecil Martinez, musical direction by Ceejay Javier, scenic design by Faust Peneyra, costumes by Eric Pineda, and lighting by Jonjon Villareal.

Résumé: THE BRIDGES OF MADISON COUNTY tells the story of Iowa housewife Francesca Johnson and her life-changing, four-day whirlwind romance with traveling photographer Robert Kincaid. It’s an unforgettable story of two people caught between decision and desire, as a chance encounter becomes a second chance at so much more. 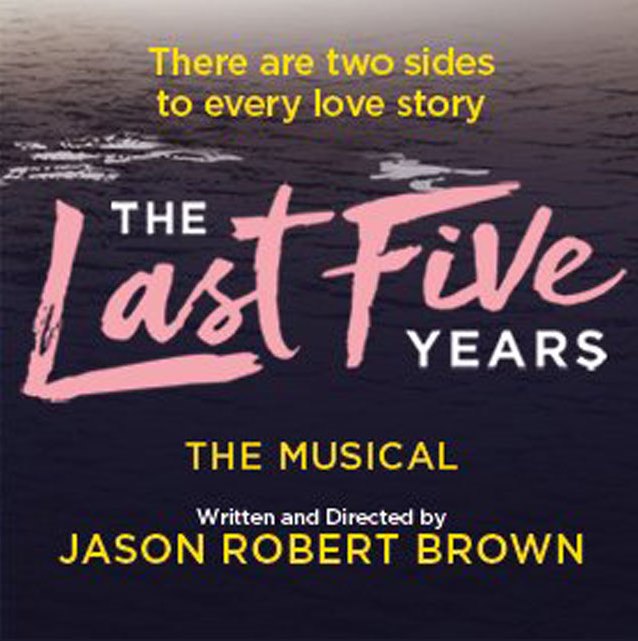