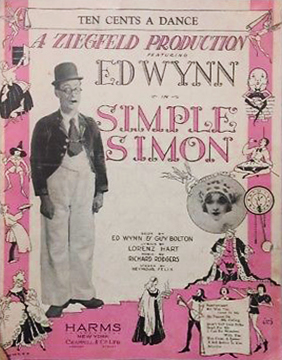 Robert Benchley in the New Yorker said the book was “of such banality as to affront even the children for whom it was written,” but Wynn offered “a riot of rich comedy” that was “nothing short of legerdemain.” The “Hunting Ballet” was the season’s “top” dance sequence, Urban had “let himself go with his paintbrush with spectacular effect,” and Rodgers and Hart had provided a “potpourri of pleasant tunes” (but he noted they had delved “slightly into their files” [see below]).

An unsigned review in Time suggested that “I Still Believe in You” was “one of the best” songs ever written by Rodgers and Hart, and mentioned that children would “hugely enjoy” the evening and their elders would “profitably join them.” Richard Lockridge in the New York Sun said Ziegfeld had “perhaps never produced a musical extravaganza which held more to delight the eye.” Arthur Ruhl in the New York Herald Tribune praised the “large, radiant and altogether attractive show” and said Wynn was “almost a whole show in himself.” And the headline for Gilbert W. Gabriel’s review in the New York American announced that Simple Simon was “Superlatively Fanciful, Colorful and Innocent.”