"Andrew Lloyd Webber has entered his second childhood, and it turns out to be a good career move. For his latest offering...this lordly British composer has been hanging out with fifth graders. Youth, it would seem, is rejuvenating." (The New York Times

The musical is based on the 2003 film School of Rock.[1] The film itself was produced on a budget of $35 million,[2] earning over $131 million in global box office receipts.[3] The

The show's premiere production is scheduled to begin previews at the Winter Garden Theatre in New York, on 9 November 2015, with its official opening night coming on 6 December, with tickets going on sale on 11 June. The production had originally been slated to begin previews on 2 November. On January 19, 2015 the audition process opened for children ages nine through fifteen in cooperation with the School of Rock after-school educational program (which predated the film by several years) with open calls in New York City, at the Winter Garden theatre, with further calls in Los Angeles and Chicago.
On 29 May 2015, it was revealed that Alex Brightman would play the role of Dewey Finn, which was originated in the film by Jack Black and that developmental staged concerts would be held at the Gramercy Theatre in Manhattan, in June 2015, in front of a select audience. Further casting includes Sierra Boggess as headmistress Rosalie.
On 7 December 2015, following the show's Broadway opening, it was announced by Andrew Lloyd Webber that the show will transfer to the London Palladium in London's West End in autumn 2016, with performance dates to be announced in early 2016. A U.S. Tour was also announced which will start performances in late 2017. Youth production rights were opened for applications prior to the show opening on Broadway. 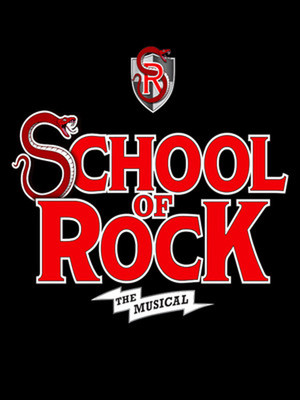 "Brightman is huggable and kinetic and rocks steady as a slacker who saves the day. The actor lives up to his surname and earns his gold star. Better, gold devil horns." Joe Dziemianowicz for New York Daily News

"'School Of Rock' is a rock solid hit!" Roma Torre for NY1

"It worked for the movie, and wow, does it work on Broadway, a double jolt of adrenaline and sugar to inspire the most helicoptered of tots to play hooky and go shred an ax. For those about to love School of Rock: We salute you." David Cote for Time Out New York

"The crowd-pleasing, upbeat musical based on the beloved film 'School of Rock' opened Sunday at the Winter Garden Theatre with a wondrously rebellious spirit and a superb cast." Mark Kennedy for Associated Press

"Ultimately, what makes this show a crowd-pleaser is the generosity of spirit with which it bestows the reward of cool self-realization on every last outsider and underdog — whether it's the actual children catching an early glimpse of the adults they will become, or the eternal man-child Dewey, proudly resisting that path." David Rooney for Hollywood Reporter

"Alex Brightman maintains his own appealing brand of scruffy charm as Dewey Finn, amiably ceding the spotlight to a cast of super-talented kids who rock out on the kind of songs you always wished had been in the movie... Rock on, kids, rock on." Marilyn Stasio for Variety 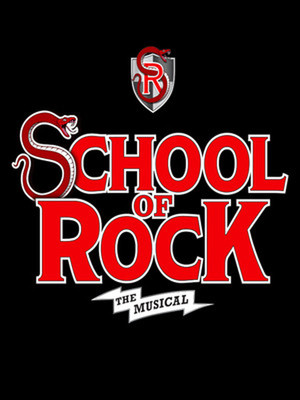 "The most enjoyable few hours money can buy." Dominic Cavendish for The Telegraph

"David Fynn is bliss as Dewey. In a performance of explosive energy and scapegrace charm." Paul Taylor for The Independent

"The exuberant silliness of this fresh and charming musical feels like a seasonal tonic." Henry Hitchings for The Evening Standard