Based on The Pickwick Papers by Charles Dickens

The musical opened on 3 June 1963 at the Palace Theatre, Manchester prior to the West End premiere on 4 July 1963 at the Saville Theatre and closed on 27 February 1965 following 694 performances.[1] Peter Coe directed, choreography was by Leo Kharibian, scenic design was by Sean Kenny and costumes were by Roger Furse.

The Broadway premiere, produced by David Merrick, was at the 46th Street Theatre on 4 October 1965. It closed on 18 November after 56 performances. The New York production was directed by Peter Coe, choreographed by Lynne, and featured Harry Secombe as Pickwick, Charlotte Rae as Mrs. Bardell, Roy Castle as Sam Weller, Nancy Haywood as Isabella, Michael Logan as Mr. Wardle, and Peter Bull as Sgt. Buzfuz.

One of the better known songs from the score is "If I Ruled The World".

ACT 1
Outside the Fleet Prison
1. "Business is Booming" - Hot Toddy Seller, Cold Drinks Seller and Turnkey
Inside the Fleet Prison
2."Debtors Lament" - Chorus
3."Talk" - Sam Weller and Chorus
The Court-yard of the George and Vulture 4. "That's What I'd Like For Christmas" - Pickwick and Chorus
5. "The Pickwickians" - Pickwick, Snodgrass, Tupman and Winkle
6."A Bit of a Character" - Jingle, Snodgrass, Tupman and Winkle
The Ballroom of the George and Vulture
7. "Quadrille" - The Company
8."There's Something About You" - Jingle, Rachel, Tupman, Snodgrass, Emily, Isabella and Chorus
Pickwicks Chambers at the George and Vulture
9. "Learn a Little Something" - Sam Weller and Mary
10."You've Never Met a Feller Like Me" - Sam Weller and Pickwick
11."Look into Your Heart" - Pickwick and Mrs. Bardell
A Field near a River
12. "Winter Waltz" - Chorus

ACT 2
The Town Square at Eatanswill
13. "A Hell of an Election" - Chorus
14."Very" - Jingle
15."If I Ruled The World" - Pickwick and The Company
16."The Trouble with Women" - Tony Weller and Sam Weller
The Offices of Dodson and Fogg, Solicitors
17. "The Letter of The Law" - Dodson and Fogg, Pickwick, Sam, The Pickwickians, The Clerks.
The Courtroom
18. "British Justice" - Pickwick and The Company
Inside the Fleet Prison
19. "Do as you Would be Done By" - Jingle, Pickwick, Sam, Mrs. Bardell and Chorus
20."The Pickwickians" (reprise) - The Company
21."If I Ruled The World" (reprise) - Pickwick
Finale - Full Company 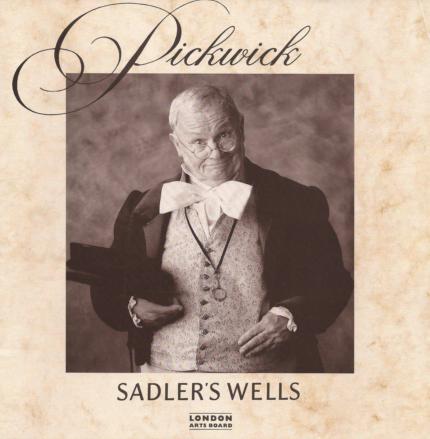