Mary Gibbs, a Yorkshire Lass, works in the flower department of Garrod’s Department Store. Her heart belongs to the bank clerk Harry Lancaster (who is really Lord Eynsford in disguise). Lord Eynsford is engaged to Lady Elizabeth Thanet, but she much prefers Hughie Pierrepoint, an amateur criminal. When Mary discovers Lord Eynsford’s deception, she leaves her job and goes off to the Franco-British Exhibition at White City. Lord Eynsford follows her, proves his honourable intentions, and all gets sorted out happily.

Originally staged at the Gaiety Theatre in January 1909, it ran for 636 performances, and was a great success for Gertie Millar – especially her hit song “Moonstruck”, written by her husband, Lionel Monckton. Despite its huge London success, the Broadway production only managed 64 performances in August 1910.

Produced by George Edwardes, it opened at the Gaiety Theatre in London on 23 January 1909 and ran for an extremely successful 636 performances. It starred Gertie Millar, Edmund Payne and George Grossmith, Jr. The young Gladys Cooper played the small role of Lady Connie.

The show also had a short Broadway run in 1910. It was revived at the Finborough Theatre, London, in May 2006. This was the first professional London production since 1910. The piece was regularly revived by amateur theatre groups, particularly in Britain, from the 1920s into the 1950s but it has been produced only rarely since then. Our Miss Gibbs was revived by Lyric Theatre in July and August 2011 at the Mountain View Center for the Performing Arts and the Lesher Center for the Arts in Walnut Creek, California. The revival featured a cast of 22 and a 9-piece orchestra. 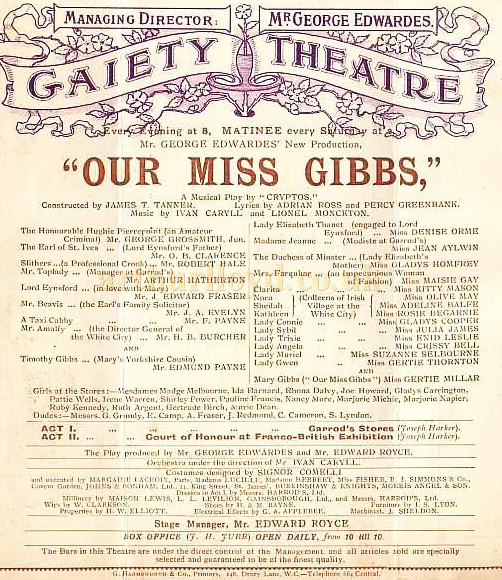 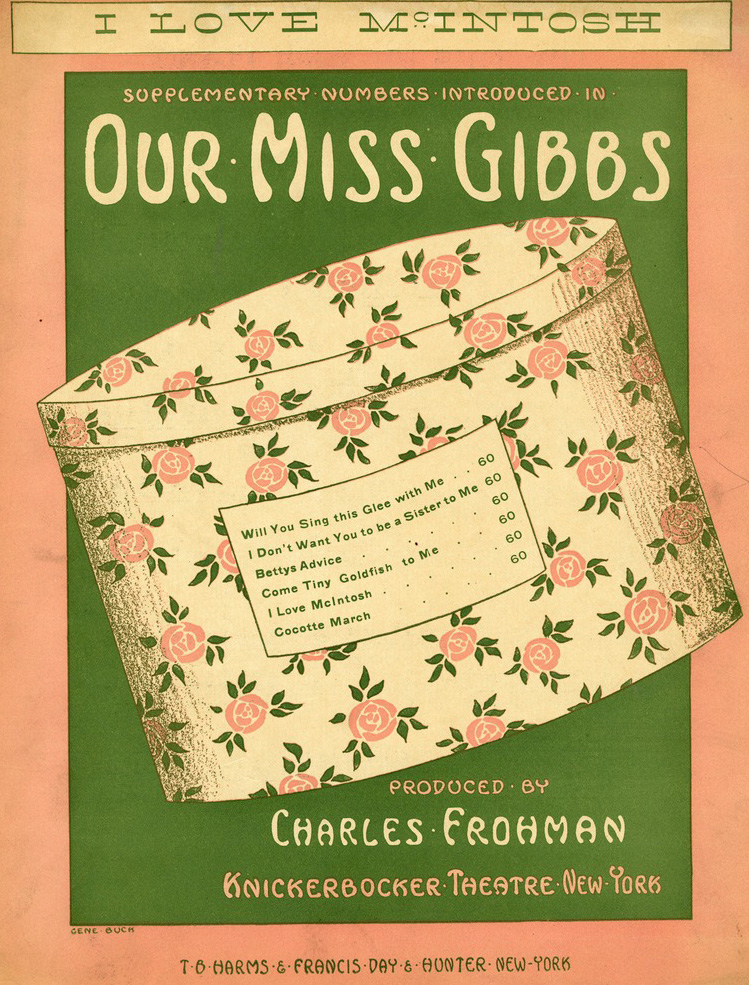