Act 1
A bunch of determinedly salty sailors are enjoying themselves in Looloo Martin's dockside coffee bar when hunky Battling Smith comes in, bringing a gift from foreign parts for the café's pretty owner. It is a live and squawking gift, a tropical parrot with a rough tongue, which wins scant approval from Looloo's bulging helpmate, Lavinia.

Lavinia is Looloo's self-appointed mother substitute and she gets mighty uppity when the sailors kid her curiously about the unidentified sailor who was seen squiring Looloo through the cemetery late the previous night, but she can sniff something afoot when Looloo comes bouncing in with a song exhorting everyone to 'Join the Navy' and an armload of groceries topped off by a genuine chicken.

The café has emptied when a fresh group of visitors arrives. Ensign Alan Clark has brought the aristocratic Charlotte Payne and her pal, Toddy Gaie, on a little slumming trip to introduce them to the pleasure spots of the dockside life and to Looloo and her café.

Charlotte's inquisitiveness leads to the history of Looloo's family being told and it comes out that the little lady is the child of a sea captain and a circus performer. Looloo's mother was an elephant trainer with Barnum and Bailey's circus and Looloo has a valuable souvenir to prove it: a unique jewelled elephant pendant given to her mother as a wedding present by P T Barnum.

Charlotte is fascinated by the piece and tries to persuade Looloo to sell it to her, but Looloo's feelings of family pride will not let her part with her sole remembrance of her parents, and Charlotte has to console herself with 'A Kiss or Two' from her officer.

Something of the same kind is what Looloo has in mind for the evening. She has invited Bilge Smith, her companion from the previous evening, to come and dine and she is bent on fixing him a fancy meal that will make the seafarer think fondly of the joys of hearth, home and marriage. She is a mite disappointed when Bilge turns up with two friends, who are obviously used to using their mate's facility with women as the way to a free meal, but Bilge decides that this particular date is a bit more worthy than usual and he hurries the boys on their way unfed.

Over Looloo's lovingly prepared meal, Bilge's swaggering melts into a friendly chat and he confides in Looloo that he longs to quit the navy and rise to be the captain of his very own freighter, running the American coast in all kinds of weather with his wife at his side, just as her father did.

When the whistle goes, calling him back to his ship, all the old bravado returns and bidding Looloo farewell with a practised kiss he heads back to sea. Then Looloo has an idea. She goes to the phone and calls the hotel where Charlotte Payne is staying. If Charlotte still wants to buy the jewelled elephant, it is hers. The money it brings will be enough to purchase a little cargo ship and still leave some left over for a few clothes and things.

It is six months before the same part of the navy returns to Newport and shore leave but Bilge does not turn up at the coffee bar. The disappointed Looloo sets out to find him amongst the endless Smiths of the United States navy and, after a fruitless search, she fixes on a plan.

Down on the docks she enlists the help of an old friend of her father's, now the Captain of the USS Nebraska, and wins permission from him to host a big party on his ship. The guests will be every Smith in the navy. She hurries home to write out her invitations, leaving Lavinia walking the parrot along the quay.

The party is a strange affair, mixing Smiths of all shapes and sizes with such guests as Charlotte and her friends, a song in praise of Looloo, and a good deal of flirtation and high jinks from which more than one sailor emerges with a red face.

Mat's attempt to show Charlotte the famous golden rivet ends in total discomfort for him. But there is no Bilge. Charlotte is convinced he won't come. After all, in six months he didn't even write. But Looloo stays firm; he couldn't have written for he doesn't even know her name.

The truth is that Bilge has just about forgotten the little girl from the coffee house amongst the events of the last six months, but he is in port and, finally, he does turn up at the party. Looloo is devastated when it seems he does not recognise her, but Bilge soon recovers his poise and his position and even goes so far as to be impressed by the devotion of this attractive girl who recalls every detail of every one of the few minutes they spent together.

After a short chat he is impressed enough to propose to her. They should get married tonight as he leaves for China the next day. Looloo is ecstatic and with a heart full of love she springs her big surprise. She has a present for him—a ship.

The offer has exactly the opposite effect to that intended. Bilge clams up totally. She can buy a ship? She is rich? She is the dame running this whole dance? Then she is not the girl for him. She is out of his class. Protest as she may, Looloo has lost her man. When the fond Battling Smith finds her in tears, he immediately takes her part and before long fisticuffs are the order of the day. The fighter soon lays Bilge out and the act ends with Looloo's love being marched off to the brig rather than to church.

Act 2
Bilge was off with the rest of the fleet to China, so Looloo decided to head that way too with Lavinia and Charlotte and Toddy all following on behind. Things are pretty hot when they get there. There are bandits threatening from the mountains and American sailors all over town, but there is no sign of Bilge to be found in spite of all the searching Looloo and her friends can organise.

Bilge is there all right and, true to form, he has fixed himself up with a girl. Rita isn't at all the same type as Looloo. She's a brassy, pragmatic lass who soon understands that Bilge has someone else on his mind, and is sympathetic enough to sit and look at a photo of Looloo and listen to Bilge's story. Her sympathy, however, is wholly for Looloo. If Bilge had a girl like that crazy for him and he turned her down through stupid masculine pride, he is an oaf. Bilge is half-way to the same thinking himself, but he has no time to finish his thoughts for suddenly the alarm comes: the bandits have attacked.

The foreigners are given refuge from the attack in the house of a friendly mandarin and Charlotte is not particularly pleased at being forced to share a room with such as Rita. She is more humble when Rita proves to know Chinese and is able to order herself a fine, meal whilst the rest of them stay hungry. When Rita claps eyes on Looloo, she recognises her as the girl in Bilge's photo and tells her the workings of the sailor's mind. Looloo resolves to go straight back to Newport, get rid of her money, open up the coffee shop again, and wait for Bilge to return. Only then does Charlotte discover that the staff speak English and she could have ordered food hours ago.

Back in Newport, Looloo returns to her old way of life and announces the re-opening of her cafe" by letter to every Smith in the fleet. One by one they turn up, all her old friends, but once again no Bilge. Charlotte calls by with Alan and a wedding certificate, and Looloo starts to get tearful again but then, one day, a very scruffy Bilge arrives. He didn't come back to America, he went off to Buenos Aires and blew his savings before he heard from another Smith about Looloo having lost all her money and taking up work again. He got a job as a stoker on a ship heading home and here he is. If she still wants him, he's hers. He has the promise of a ship. It's a coal barge, but it's a start.

Looloo's efforts at diffidence don't last long and soon she is in Bilge's arms but, just as it looks as if all will turn out right at last, Lavinia enters with a fine gown ready for Looloo to wear to Charlotte's celebration party. Bilge stiffens. That's her dress? Then there is no way she is poor. Looloo insists that she has not a cent to her name, but Bilge is as wary as he was of old and finally Looloo has to admit the truth. She really doesn't have a penny. She has put all her money into a trust fund and she, cannot touch it. The only person who can ever have it is her first born child. As long as his name is Smith. And now she is going to marry Bilge Smith before he gets away again. 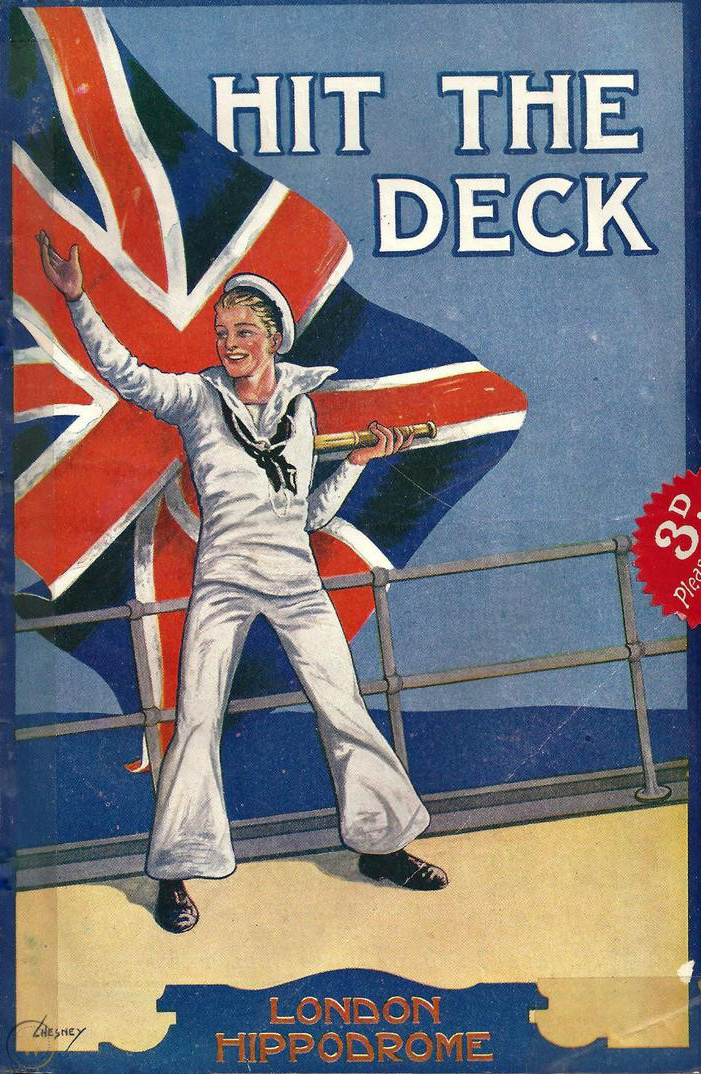