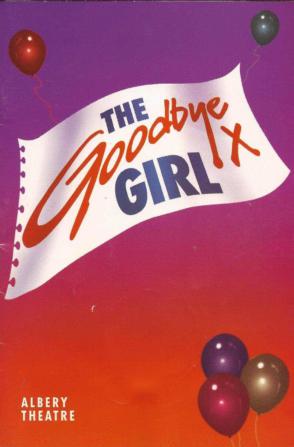 Type de série: Original London
Théâtre: Noel Coward Theatre (Londres - Angleterre) Durée : 2 mois 1 semaine Nombre : 84 représentationsPremière Preview : lundi 14 avril 1997Première : jeudi 17 avril 1997Dernière : samedi 28 juin 1997Mise en scène : Rob Bettinson • Chorégraphie : Tudor Davies • Producteur : Avec : Ann Crumb (Paula), Gary Wilmot (Elliot Garfield), Lucy Evans/Dina Tree (Lucy), Shezwae Powell (Mrs Crosby), Michael Mears, Josefina Gabrieli, Cliff BrayshawCommentaires : In 1977 this began life as a Neil Simon movie for which Richard Dreyfuss won an Oscar as the unfortunate off-Broadway actor forced into an all-gay “Richard III”. In 1993 it was turned into a glitzy Broadway musical with Bernadette Peters and Martin Short, music by Marvin Hamlisch and lyrics by David Zippel. It closed after 188 performances and a series of negative reviews describing it as “old-fashioned and lacking in plot”. The London version was a completely new revision - with the original songs thrown out, and seven new songs added with a different lyricist - this time Don Black. However, despite all the changes and almost unanimous praise for Gary Wilmot, the critics found the whole thing sugary sweet, predictable, winsome, far too sentimental and not worth the trouble. It ran for just ten weeks.Presse : BILL HAGERTY in the THE NEWS OF THE WORLD review agrees, he says " ...scintillating, Ann Crumb and Gary Wilmot, at his versatile best, are perfectly charming..", however he does go on to say the production "has no bite, and rarely moving, either".