Set in Harlem in the late 1940s and early 1950s this is the story of the real-life soul singer, Doris Troy, whose pastor father encouraged her to follow her dream of becoming a gospel singer, whilst her mother, Mama Winter, tried hard to persuade her to avoid the Apollo Theater crowd and to stop idolising the worldly music of pop singers. A radio-show narrator tells her story, her great success and her eventual return to her local community to found a children’s home, and old people’s centre and a “Fame” school for musicaslly talented children - all named after her beloved Mama.

As a tribute to many of the African-American stars' rise to fame in the 1960 and 1970s, Vy Higginsen based her musical on the life of her sister Doris Troy. Her 1963 hit "Just One Look," launched her to international fame and a successful career in London, although her roots were in her church choir. This is not unlike the rise of other R&B and jazz singers such as Aretha Franklin, Patti LaBelle and Donna Summer. Vy Higginsen and Ken Wydro, her husband conceived the play in January 1979 and subsequently wrote the book and lyrics to Mama. The musical however was rejected by every major producer in New York. The lack of interest was largely due to the doubtfulness that a large enough audience would be attracted to a gospel-based production. The couple persisted without a producer, and invested their life-savings to hire out the 632-seat Heckscher Theatre in East Harlem, which had previously been closed for fifteen years. Vy envisioned her audience as being "senior citizens, church groups, school children, and hard-working black mothers and fathers who had spiritual values and loved soul-stirring music." Mama, I Want to Sing! opened March 23, 1983 on a very tight budget, however word of mouth throughout the black community spread the word about the work. Audiences flocked to see the musical which "presented the passion, spontaneity and emotional uplift of the black church experience along with a universal message for anyone with a dream." Currently, Mama, I Want to Sing! has played 2,500 performances in New York and another 1,000 performances throughout the United States, Europe, and Japan. It has been performed in front of thousands of people, and is the longest running black off-Broadway musical in American history. On January 7, 1985 Time magazine named Mama, I Want to Sing! one of the ten "Best of '84" theater performances. On January 20, 1986, the show hit its 1000th performance milestone. On February 1–6, 1994, Mama, I Want to Sing! played to 40,000 at the Paramount Theater at Madison Square Garden. In 2003–2004, Mama, I Want to Sing! celebrated its 20th Anniversary at the Williams Institute C.M.E. Baptist Church in Harlem, formerly the Lafayette Theater. 2011 saw the release of the long awaited premiere of the film adaption of the musical by 20th Century Fox. 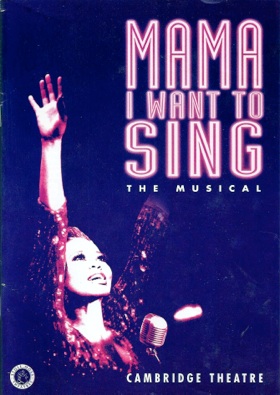