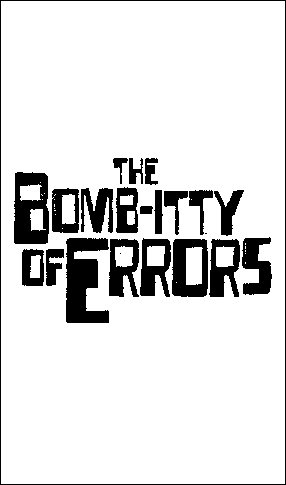 Type de série: Original London
Théâtre: Ambassadors Theatre (Londres - Angleterre) Durée : 2 mois Nombre : Première Preview : Thursday 24 April 2003Première : Wednesday 07 May 2003Dernière : Saturday 12 July 2003Mise en scène : Andy Goldberg • Chorégraphie : Producteur : Avec : 'ranney', Joe Hernandez-Kolski, Chris Edwards, Charles Anthony Burks and DJ Kevin ShandCommentaires : Notes: This was a hip-hop version of Shakespeare’“Comedy of Errors”, aimed at the MTV generation. A set of twins are separated at birth and put up for adoption when their father is arrested for drug-dealing, and their story is told in rhyming couplets against a background of hip-hop and rap. With a DJ and just four men - the Bomb-Itty Boys - playing all the roles, bouncing in and out of frocks and wigs to play every part, and keeping close to the original plot with much wit, slapstick and inventiveness, its infectious energy and entertainment value earned it excellent notices.Commentaires longs: It had begun life as a New York University thesis and then became an off-Broadway hit and had transferred to London from the Edinburgh FestivalPresse : RACHEL HALLIBURTON for THE EVENING STANDARD says, "Lightning humour and exhilaratingly sparky performances."

LYN GARDNER for THE GUARDIAN says, "Clever, rude, raucous fun." And goes on to say, "The evening is never a drag, is often very funny."

IAN JOHNS for THE TIMES says, "Despite the odd sly line, Andrew Goldberg's production trades on stereotypes, burly men in drag, crude slapstick and genial vulgarity. Panto has come early and it's got a hip-hop beat."

RHODA KOENIG for THE INDEPENDENT says, "After about an hour, one's elation at the youthful high spirits and amateurish charm turns to impatience at the monotonous beat."

CHARLES SPENCER for DAILY TELEGRAPH says, "Make no mistake, this hip hop Shakespeare is a blast." 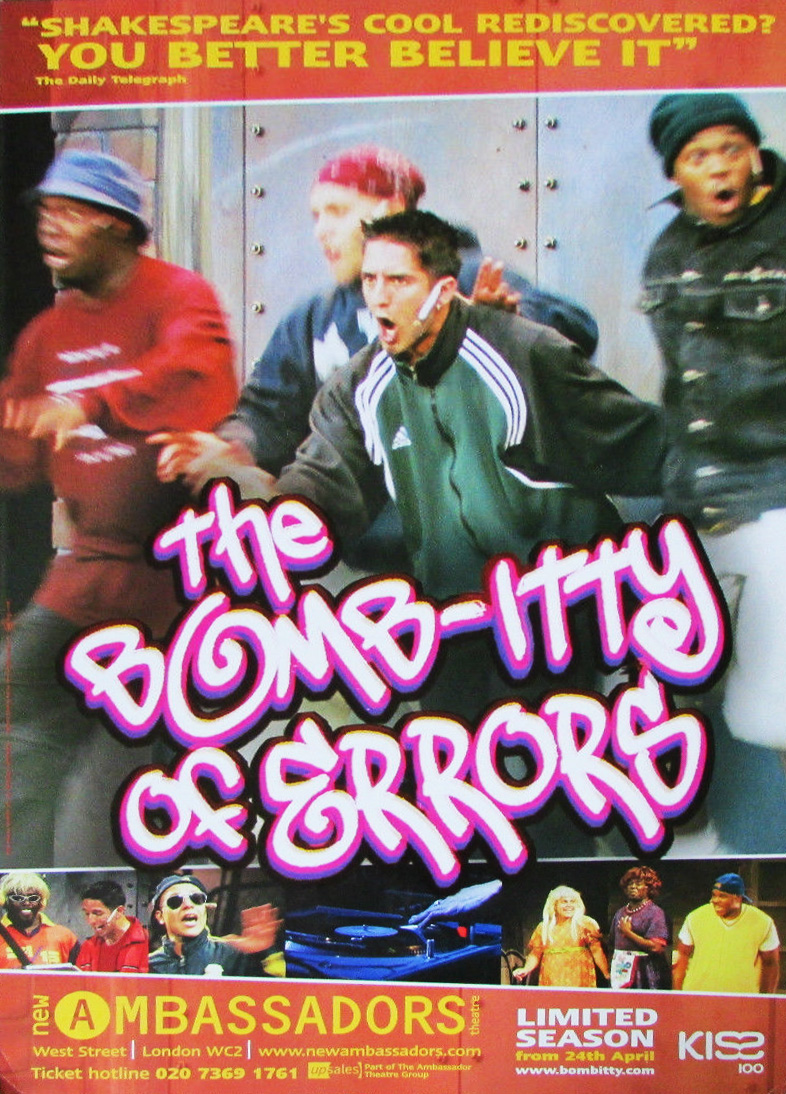 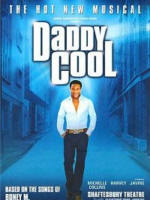 Type de série: Original
Théâtre: Shaftesbury Theatre (Londres - Angleterre)
Durée : 4 mois 4 semaines Nombre : 172 représentationsPremière Preview : Tuesday 15 August 2006Première : Thursday 21 September 2006Dernière : Saturday 17 February 2007Mise en scène : Andy Goldberg • Chorégraphie : Sean Cheesman • Producteur : Avec : Cast: Dwyane Wint (Sunny), Hope Augustus (Grandma Ella), Melanie La Barrie (Pearl), Camilla Beeput (Rose), Michelle Collins (Ma Baker), Emmanuel Sonubi (Johnny Cool), Harvey, Donovan F. Blackwood, Davie Fairbanks, JavineCommentaires : Daddy Cool was a compilation of songs by Boney M and other Frank Farian produced artists with the songs adapted to fit into an Anglo-Caribbean love-story somewhat indebted to the gangland rivalry of “West Side Story”. The show had a troubled start: the announced opening in May was postponed to enable “more creative time”, and it finally opened four months later, with previews from August 15th. Following mixed notices, it ran for nearly five months, closing on 17th February 2007.Presse : CHARLES SPENCER for THE DAILY TELEGRAPH says, "A raw, energetic production by Andy Goldberg, also boasts a soupcon of wit, a hint of a heart and lashings of energy...The Shaftesbury, for so long a graveyard of dreadful musicals, might just have a hit on its hands for once."
RHODA KOENIG for THE INDEPENDENT says, "One can't feel affection for anyone here, for the music isn't out to charm us or gain our sympathy, merely impress us with a series of song-and-dance numbers."
BENEDICT NIGHTINGALE for THE TIMES says, "The casts’ energy is as impressive as its choreographic discipline."
NICHOLAS DE JONGH for THE EVENING STANDARD says, "Daddy Cool, a thoroughly modern metropolitan musical, reliant upon hits from that best-selling band Boney M, left me little more than medium-warm...Andy Goldberg's spectacular production, with its spectacular, sometimes vulgar sets and Sean Cheesman's choreography are notable for their dynamism."
LYN GARDNER for THE GUARDIAN says, "If only somebody had taken the time and trouble to sort out the book, which is short on craft and never finds a way to integrate the back story, this could be an evening with real zing." 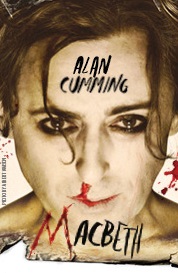 The action is set in a clinical room deep within a dark psychiatric hospital. Cumming is the lone patient, reliving the infamous story and inhabiting each role himself. Closed circuit television cameras watch the patient's every move as the walls of the psychiatric ward come to life in a visually stunning multi-media theatrical experience of Shakespeare's notorious tale of desire, ambition and the supernatural. As the play opens, the harsh lighting snaps on to reveal a man looking dazed and disoriented as two nurses remove his disheveled clothing and help him into hospital garb. His clothes are sealed into brown paper bags with the ominous word “evidence” stamped upon them. His demeanor is meek and subservient, but bloody slash marks on his pale flesh suggest that this fellow has perpetrated (or been the victim of) some bloody deeds that have left his mind shattered and prey to tormenting fantasies. “When shall we three meet again?” he asks in a tone of frightened urgency as his stoic caretakers depart. This, the first line of the play’s text, spoken by one of the witches, unleashes the dark fury of Shakespeare’s tragedy, as one by one the characters take possession of this disturbed fellow, who flits manically around the green-tiled room as he snaps from one persona to the next, suggesting a swarm of bats let loose in a confined space…Presse : "Cumming’s Macbeth never acquires the weighty, antiheroic stature that he should." Charles Isherwood for New York Times

"A case of diminishing returns. The concept becomes less interesting as it goes on." Joe Dziemianowicz for New York Daily News

"Acting students and fans of daring, scary theater are urged to get a ticket before they are all snatched up." Erik Haagensen for Back Stage

"Edges close to being a stunt — a highly artistic one, but still a stunt." Robert Feldberg for The Record

"Other than providing a tour-de-force challenge for an actor, however, the point of this production escapes me. It sheds no fresh light on the drama." Michael Sommers for Newsroom Jersey

"This radical staging - skewed as it is - offers fresh stimulation." David Rooney for The Hollywood Reporter