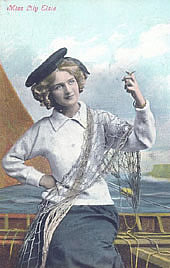 Genèse: It was first performed at the Theater an der Wien in Vienna on 2 November 1907, conducted by the composer and starring Mizzi Günther as Alice. An English adaptation, called The Dollar Princess opened in London at Daly's Theatre on 25 September 1909 and ran for 428 performances.

Genèse: The Great Waltz debuted on Broadway at the Center Theatre on September 22, 1934 and ran for 289 performances. The production was directed by Hassard Short and presented by Max Gordon, with choreography by Albertina Rasch, settings by Albert Johnson and costumes by Doris Zinkeisen together with Marion Claire, Marie Burke and Guy Robertson. The musical was made into a motion picture by MGM in 1938 with a screenplay and new lyrics by Oscar Hammerstein II. In 1949 impresario Edwin Lester hired Robert Wright and George Forrest to adapt Strauss's German lyrics and music for a production at the Los Angeles Civic Light Opera. This version was used for a London revival that opened at the Drury Lane Theatre on July 9, 1970 and ran for 605 performances. It was also used for a 1972 film remake.

Résumé: Set in Vienna in the spring-time, featuring a conflict between a father and his son, laced with overtures of romance; and though it all a score comprising some of the most loved waltzes ever writeen by the father and son on whose lives the plot is based, and who are truly regarded as the greatest waltz composers of all time. Among a host of tunes, this show contains both "The Radetzky March" and, of course, "The Blue Danube".