The story is set in the Canadian Rocky Mountains and concerns Rose-Marie La Flemme, a French Canadian girl who loves miner Jim Kenyon. When Jim falls under suspicion for murder, her brother Emile plans for Rose-Marie to marry Edward Hawley, a city man.

Producer Arthur Hammerstein, attempting to create popular new Broadway shows in the operetta tradition, sought exotic, unusual settings for his new productions. The Fortune Teller (1898) is set in Hungary, The Merry Widow (1907) takes place in France, and Naughty Marietta (1910) features New Orleans.[2] He sent his nephew, Oscar Hammerstein II, and Otto Harbach to Quebec, Canada, to witness a rumored magnificent ice sculpture festival. The men reported that there was not, nor had there ever been, such a festival in Quebec or any part of Canada.[3]

Arthur Hammerstein still liked the Canadian setting, and Oscar Hammerstein II and Harbach began work on the book for a new musical set in the Canadian Rockies. Rudolf Friml and Herbert Stothart collaborated on the score, and opera star Mary Ellis was cast in the title role.[4] British actor and singer Dennis King was cast opposite her as Jim Kenyon.[2]

Productions and Adaptations
Stage versions
Rose-Marie premiered on September 2, 1924 at the Imperial Theatre in New York City, running for 557 performances. Direction was by Paul Dickey and choreography was by Dave Bennett. The orchestrations were by Robert Russell Bennett. Costumes were designed by Charles LeMaire, and settings were by Gates and Morange.[2] It had a brief revival on Broadway in 1927.[5]

It was then produced at the Theatre Royal, Drury Lane in London in 1925, enjoying another extraordinary run of 581 performances. The original West End production had a chorus of eighty. It was London's most successful Broadway show after World War I until it was surpassed by Oklahoma!. In Paris's Théâtre Mogador, Rose-Marie ran for an unprecedented 1,250 performances.[4]

A touring company premiered the work in Canada on January 12, 1925 at the Royal Alexandra Theatre in Toronto, and the piece toured Australia and played in Paris.[6] Other Canadian productions were given by the Variétés lyriques in 1937 and another in 1945, in French, and by Theatre Under the Stars in 1940, Melody Fair in 1951, and the Eaton Operatic Society in 1959. In recent decades, it has been produced by the Light Opera of Manhattan several times in the 1970s and 1980s, the Shaw Festival in Canada (1981), Light Opera Works of Illinois (1987), and Ohio Light Opera in 2003.

Film versions
The show has been filmed three times, including a silent film in 1928. Joan Crawford starred in this version, alongside James Murray. The best known film version was released in 1936, starring Jeanette MacDonald and Nelson Eddy. Although the plot was changed, and most of the songs were dropped, it was a huge success and became MacDonald and Eddy's best-known film. In 1954, MGM produced an Eastmancolor version in Cinemascope, which more closely followed the original plot, but it still dropped most of Friml's songs. This version starred Ann Blyth, Howard Keel and Fernando Lamas, with Bert Lahr and Marjorie Main as comic relief. It was choreographed by Busby Berkeley. 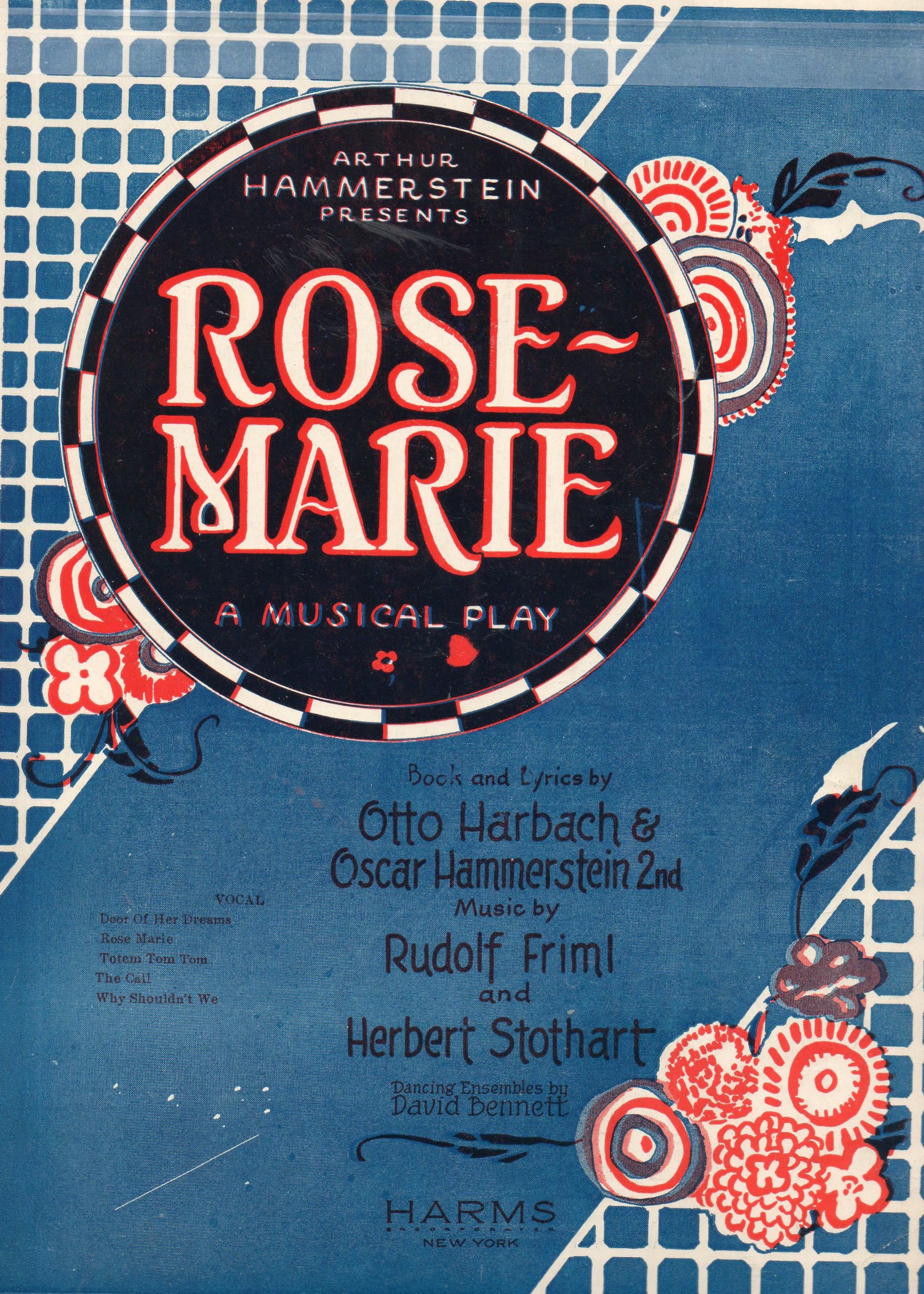 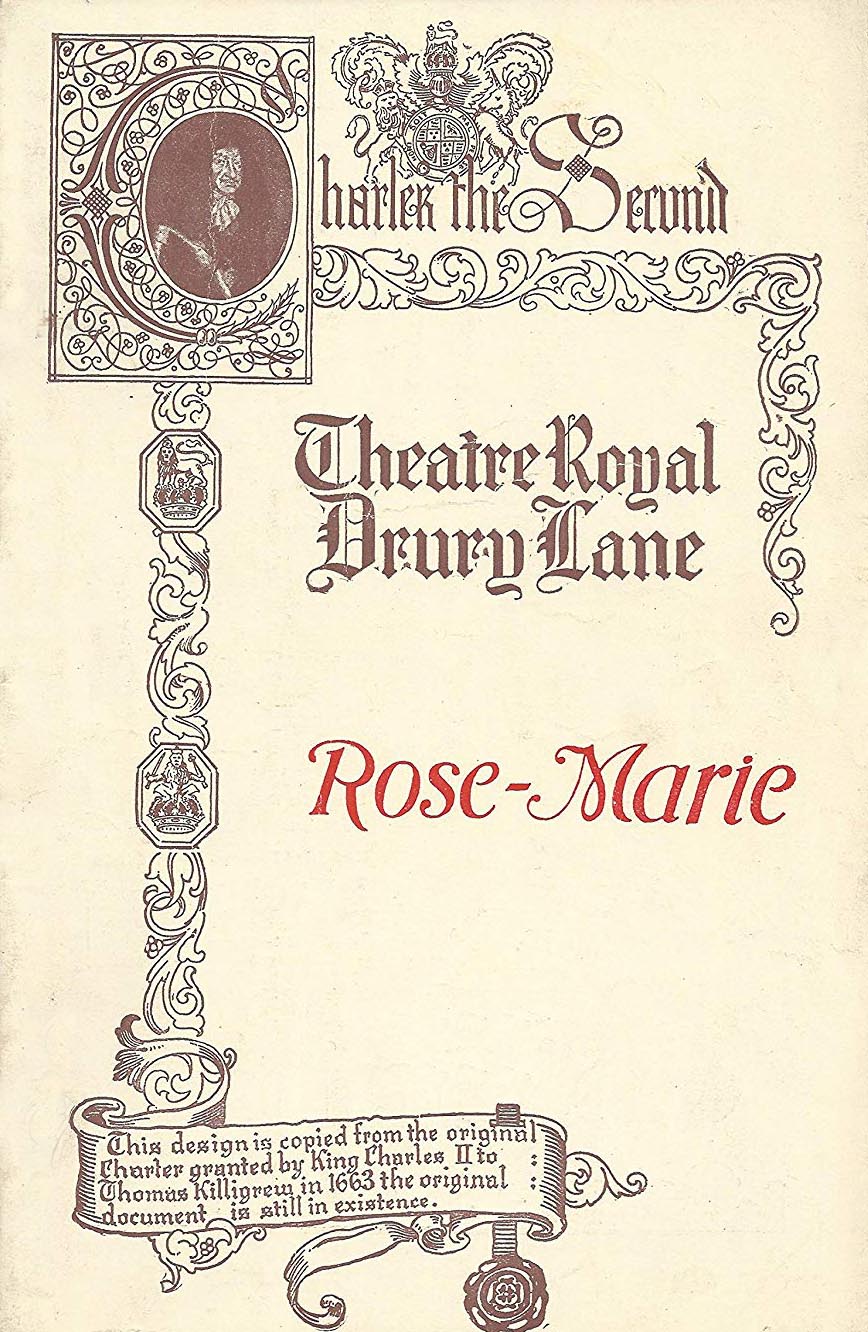 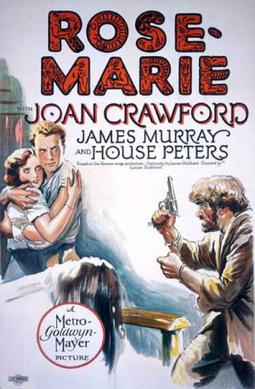 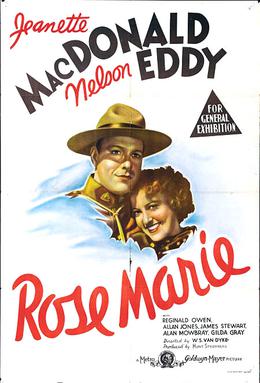 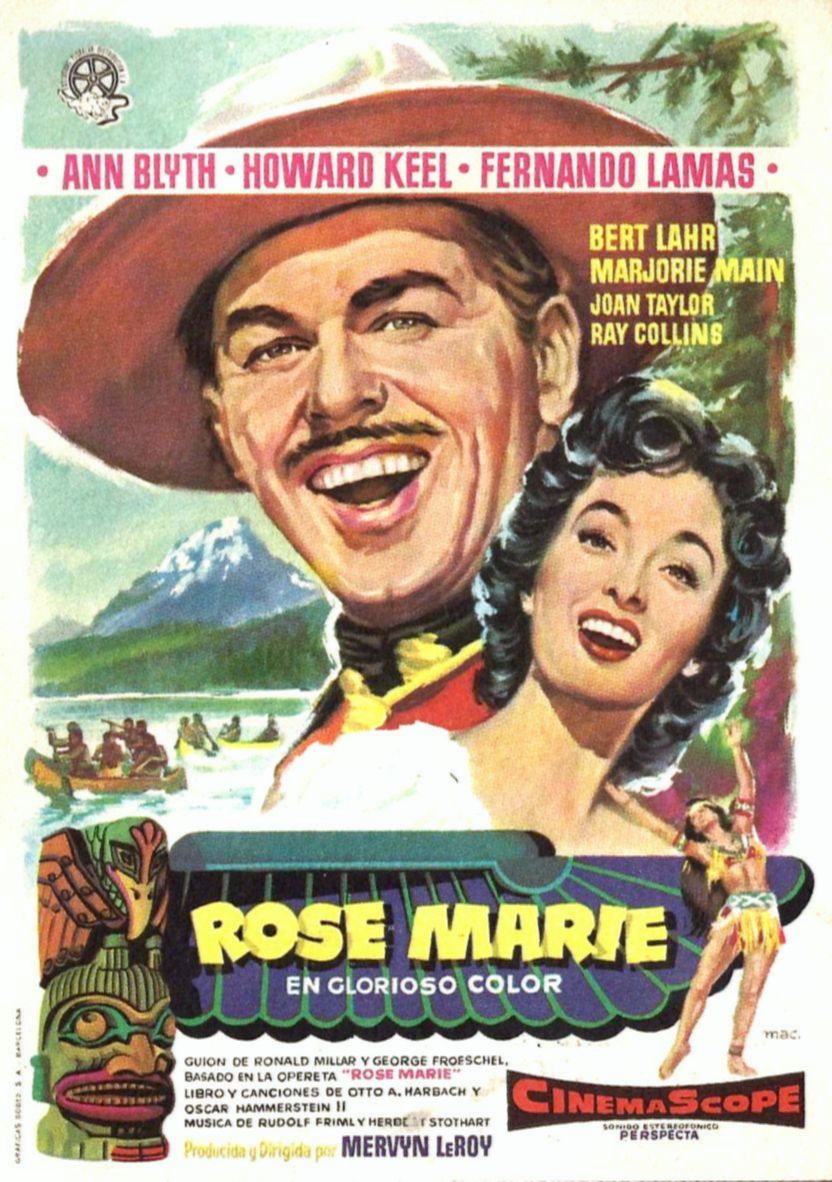