Brigadoon is a musical with a book and lyrics by Alan Jay Lerner and music by Frederick Loewe. Songs from the musical, such as "Almost Like Being in Love" have become standards.
It tells the story of a mysterious Scottish village that appears for only one day every hundred years, though to the villagers, the passing of each century seems no longer than one night. The enchantment is viewed by them as a blessing rather than a curse, for it saved the village from destruction. According to their covenant with God, no one from Brigadoon may ever leave, or the enchantment will be broken and the site and all its inhabitants will disappear into the mist forever. Two American tourists, lost in the Scottish Highlands, stumble upon the village just as a wedding is about to be celebrated, and their arrival has serious implications for the village's inhabitants.

The critic George Jean Nathan wrote that Lerner's book was based on a much older German story by Friedrich Gerstäcker, later translated by Charles Brandon Schaeffer, about the mythical village of Germelshausen that fell under an evil magic curse. In 1947, memories of World War II were too fresh to present a German-themed musical on Broadway, so Lerner reimagined the story in Scotland, complete with kilts, bonnie lassies, bagpipes, Highland flings and "Heather on the Hill".
However, in his memoirs, The Street Where I Live, Lerner denied that he had based the book on an older story. He writes that after New York Times critic George Nathan had accused him of stealing the plot the Times "called and offered me space to answer him, which I did, labelling the whole accusation as rubbish and documenting the developments of [the] play into the final product." He goes on to write, "Nevertheless, to this day chroniclers of the musical theater invariably state Brigadoon was based on a folk tale and give Nathan as their authority."
Lerner's name for his imaginary locale was probably based on a well-known Scottish landmark, the Brig o' Doon (Bridge of Doon), in Alloway, Scotland, in the heart of Robert Burns country. According to Burns's poem "Tam o'Shanter", this 13th century stone bridge is where the legendary Tam o' Shanter fled on his horse Meg in order to escape from three witches who were chasing him. Other sources suggest that the fictional village's name was constructed from the Celtic word "briga", which means "town" (such as in the old city names of Segobriga and Brigantium) and the Scottish Gaelic "dùn", which means a fort, e.g., Dundee or Dunfermline. The name may also be a reference to the Celtic Goddess Brigid, as in "Brigid's Hill". See also Alloway and D. Myers for another interpretation.

Productions
The original Broadway production, directed by Robert Lewis and choreographed by Agnes de Mille, opened March 13, 1947, at the Ziegfeld Theatre, where it ran for 581 performances. It starred David Brooks as Tommy, Marion Bell as Fiona, Lee Sullivan as Charlie, James Mitchell as Harry, and Pamela Britton as Meg. The concertmistress of the orchestra was noted American violinist Joan Field. De Mille won the Tony Award for Best Choreography, and Bell and Mitchell won the Theatre World Award. The production enjoyed an extended North American tour.
The musical's original West End production opened on April 14, 1949, at Her Majesty's Theatre, running for 685 performances. It starred Philip Hanna as Tommy, Patricia Hughes as Fiona, James Jamieson as Harry, and Noele Gordon as Meg.
The musical was revived at New York City Center in May 1950.[5] and returned to Broadway seven years later, directed by George H. Englund and choreographed by De Mille, opening on April 15, 1957, at the Adelphi Theatre, where it ran for 24 performances. The cast included David Atkinson, Helen Gallagher, Patricia Birch, and Marilyn Cooper. Another Broadway revival, directed by John Fearnley and choreographed by De Mille, opened on January 30, 1963, at New York City Center, where it ran for 16 performances. The cast included Peter Palmer, Russell Nype, Sally Ann Howes, and Edward Villella. It was Tony-nominated for Best Actress in a Musical (Howes), Best Direction of a Musical, and Best Conductor and Musical Director.
The next Broadway revival, directed by Vivian Matalon and choreographed by De Mille, opened on October 16, 1980, at the Majestic Theatre, where it ran for 133 performances and eight previews. The cast included Meg Bussert, Martin Vidnovic, and John Curry. Vidnovic received Tony and Drama Desk Award nominations, Bussert earned a Tony nomination and won the Theatre World Award, and the production was Tony-nominated for Best Reproduction.
New York City Opera has staged the musical in 1986 and 1991.
The musical was revived in the West End at the Victoria Palace Theatre, opening on October 25, 1988, and closing August 5, 1989, starring Robert Meadmore (Tommy), Jacinta Mulcahy, and Lesley Mackie. The director was Roger Redfarn and de Mille's dances were rechoreographed by Tommy Shaw. The Times reviewer noted that those dances were "the main source of the magic."


Acte I
Overture
Prelude (Once In The Highlands)
Brigadoon
Vendors' Calls
Down On MacConnachy Square
Waitin' For My Dearie
I'll Go Home With Bonnie Jean
The Heather On The Hill
Rain Exorcism †
The Love Of My Life
Jeannie's Packin' Up
Come To Me, Bend To Me
Almost Like Being In Love
Wedding Dance ‡
The Sword Dance ‡

Acte II
The Chase
There But For You Go I
Steps Stately †
Drunken Reel †
My Mother's Wedding Day
Funeral Dance
From This Day On
Farewell Music
Reprises: Come To Me, Bend to Me / The Heather on the Hill / From This Day On
Finale (Brigadoon) 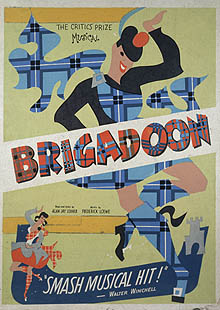 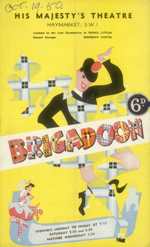 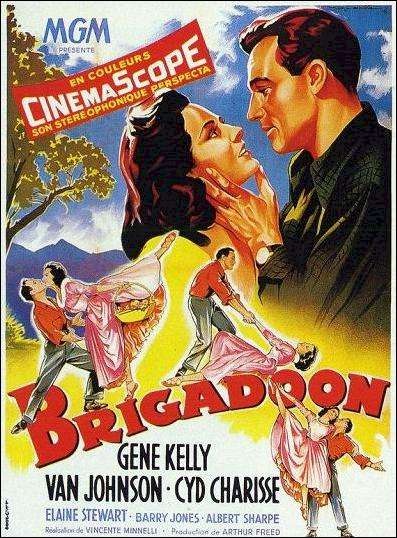 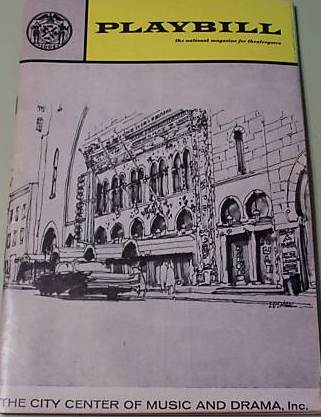 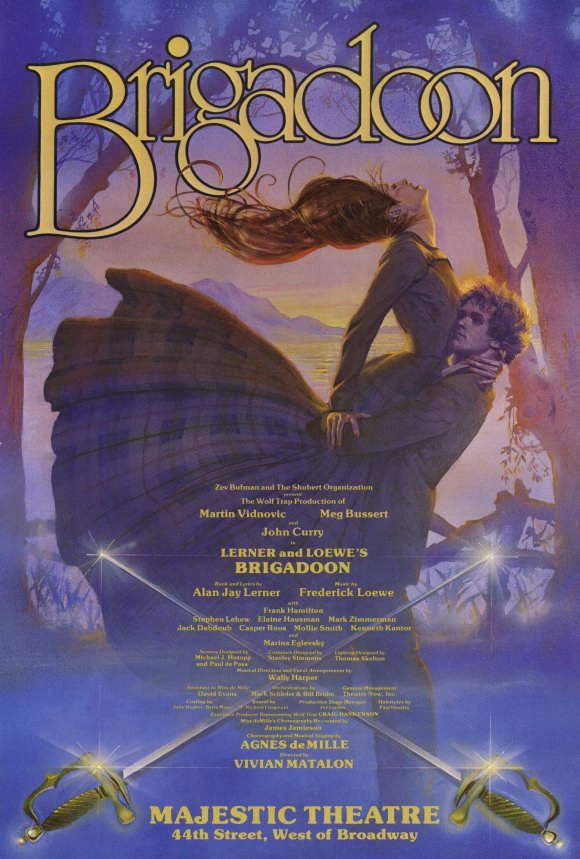 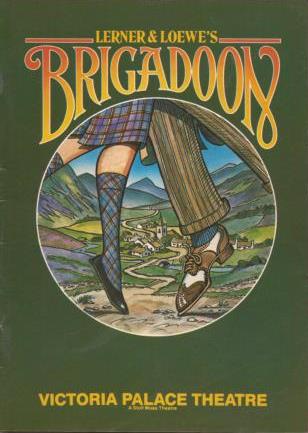 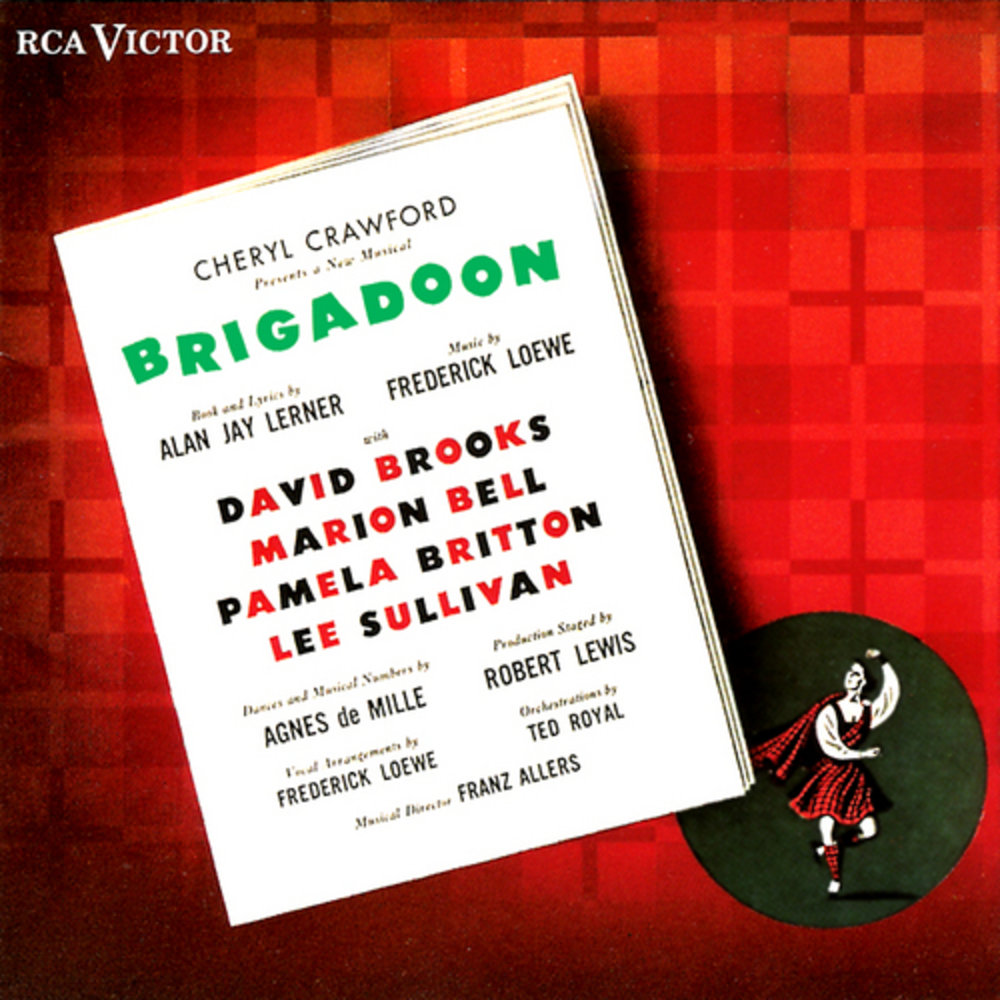 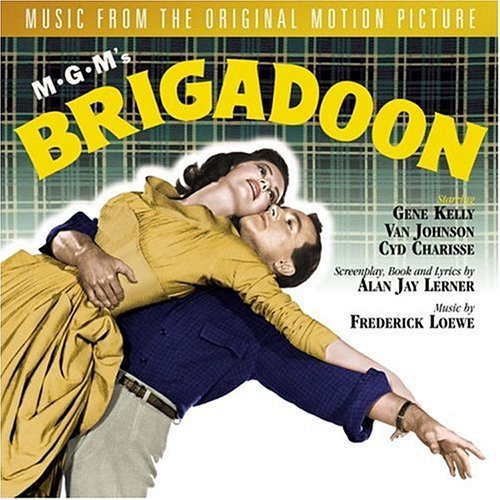 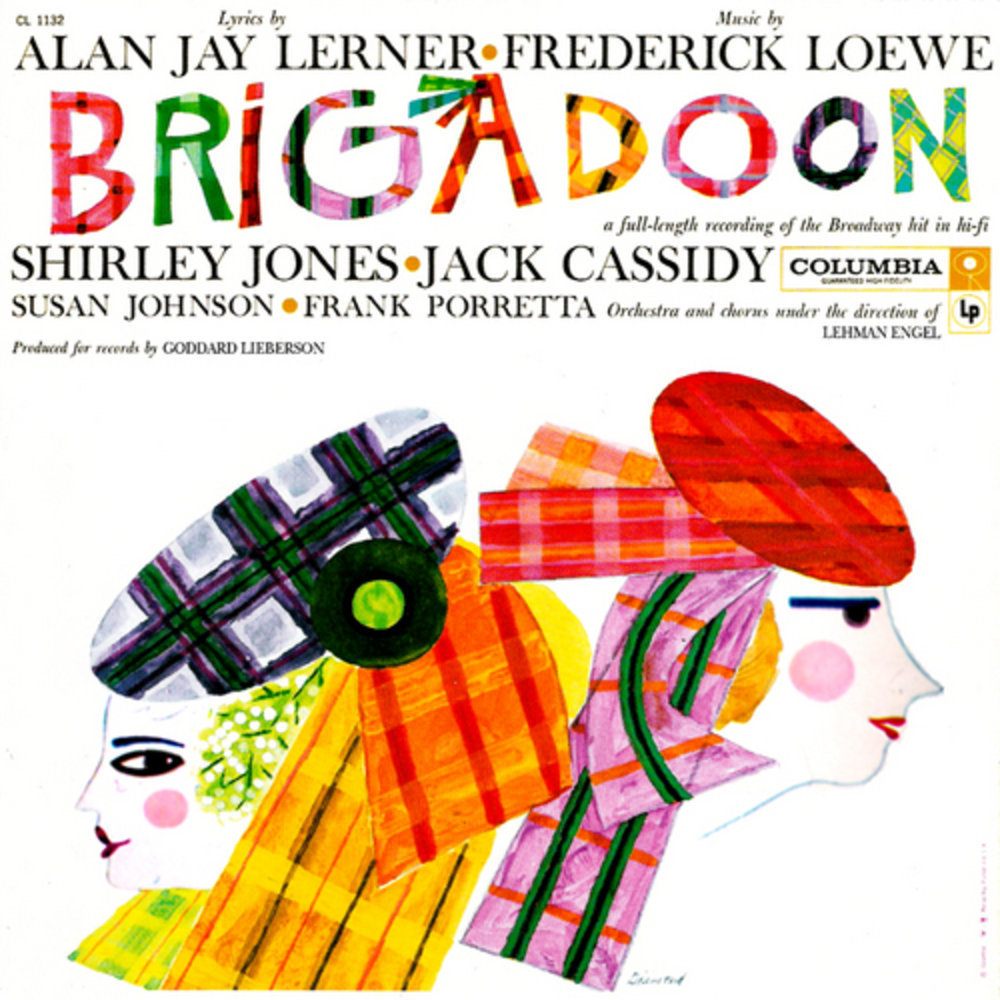 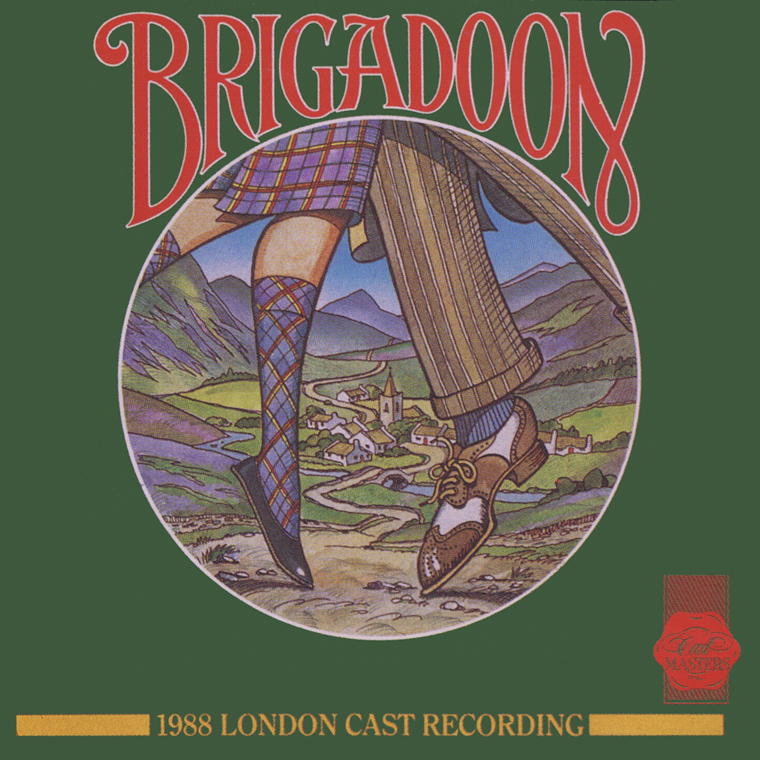 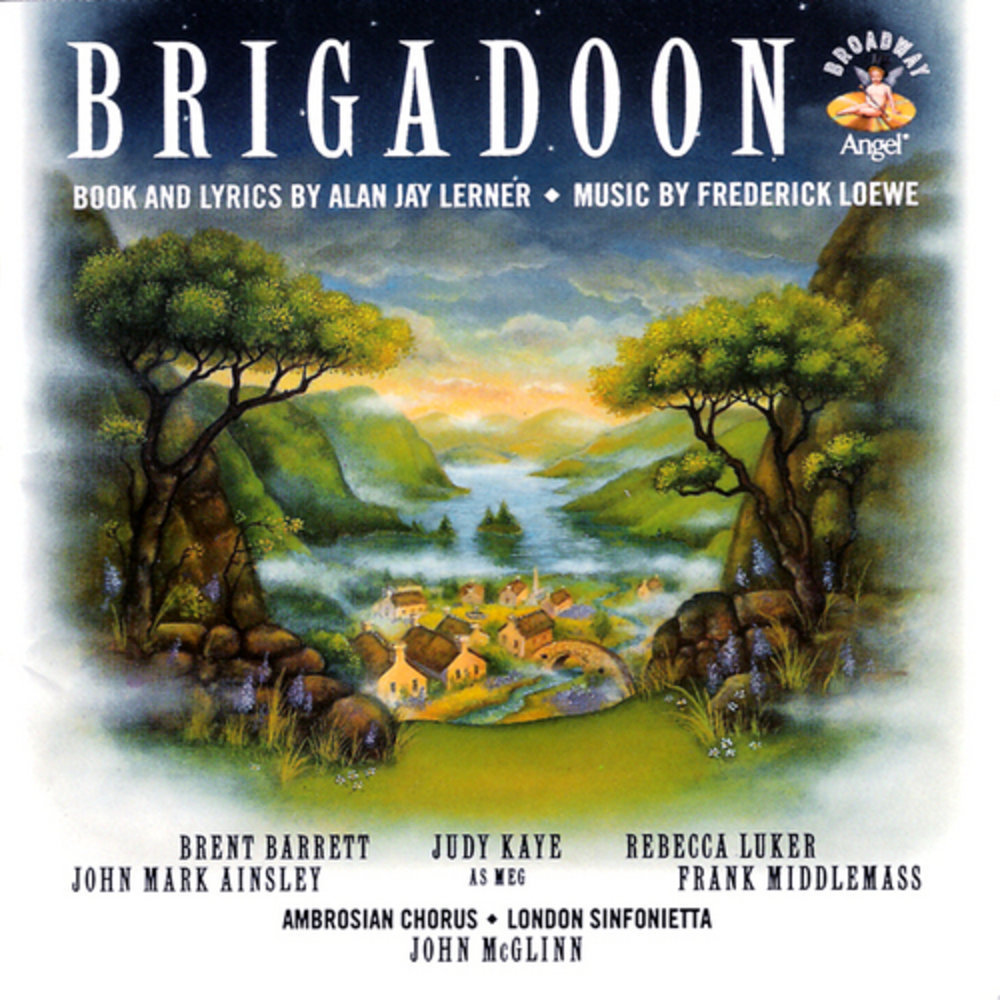 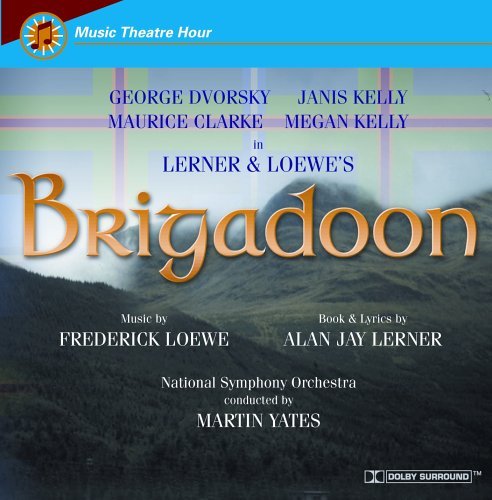