The show opened to awful reviews, with Ben Brantley of The New York Times stating: "In the immortal words of Yoko Ono, "Aieeeee!" A fierce primal scream – of the kind Ms. Ono is famous for as a performance and recording artist – is surely the healthiest response to the agony of "Lennon," the jerry-built musical shrine that opened last night at the Broadhurst Theater." Playbill quoted Paul Shaffer in its coverage of the musical's opening night: "I just thought it was phenomenal. It reminded me of what an influence John was — how strong an influence he was not only in popular music but in culture, and how much we miss him. He was a remarkable writer. He'd do catchy so you loved the song right away, then the second time you would hear more of it. Let's face it: the more you listen to his music, the more you hear. I'm still learning things when I hear his songs."

After what The Times described as "a troubled try-out in San Francisco, a cancelled run in Boston and a radical rewrite", it had 42 previews and 49 performances on Broadway at the Broadhurst Theatre from 14 August to 24 September 2005.

The role of Lennon is played by performers of both sexes and different ages and skin colours, an approach Scardino said was inspired by "I Am the Walrus" where Lennon writes, "I am he, as you are he, as you are me, and we are all together." This use of multiple actors was scaled back after the San Francisco production, with the final rewrite having a single actor narrating Lennon's story.
Yoko Ono was actively involved in the production, retaining final script approval and requiring the show's Broadway producers to complete the script and present it to her live (albeit in workshop format). The show's credits included the phrase "With Special Thanks to Yoko Ono Lennon"; Ono was frequently seen at the theatre during the show's Broadway run.

The limited use of Beatles songs, attributed to creative choices and not licensing issues, led critics to dismiss the work as "Ono-centric". Ono was unapologetic about the choice: "If we put Yesterday in, it's not really fair to the Beatles because we're leaning on their power. We're talking about John now, thank you." She later said "It is definitely John's story – from Liverpool 1940 to New York 1980. I am the B-side, and that's how it should be. I think he would have loved it." The musical also conspicuously omitted any mention of May Pang, Lennon's lover for a period of 18 months in the years 1974–75 when the singer was separated from Ono. 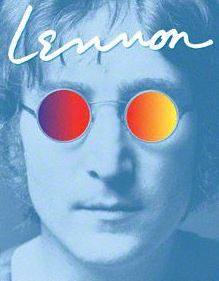