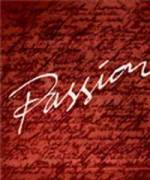 Type de série: Revival
Théâtre: Donmar Warehouse (Londres - Angleterre) Durée : 2 mois 2 semaines Nombre : Première Preview : vendredi 10 septembre 2010Première : vendredi 10 septembre 2010Dernière : samedi 27 novembre 2010Mise en scène : Jamie Lloyd • Chorégraphie : Avec : David Thaxton (Giorgio), Elena Roger ( Fosca), Scarlett Strallen ( Clara ), David Birrell (Colonel Ricci), Allan Corduner (Doctor Tambourri), Simon Bailey, Haydn Oakley, Ross Dawes, Tim Morgan, Iwan Lewis.Commentaires : This revival, part of Stephen Sondheim's 80th birthday celebrations, received almost unanimous critical praise and won the Evening Standard Best Musical Award, while David Thaxton won the Olivier Award for the Best Actor in a Musical. Elena Roger’s outstandingly moving performance missed out on the Best Actress in a Musical Award, which went to Sheridan Smith for “Legally Blonde” – something which caused a lot of controversy.Presse : "...if the result is a triumph, it is because of the production's enfolding intimacy and an imaginative stroke of casting....Maybe this will never be Sondheim's most loved show; but what this production beautifully communicates is the unstoppable force of passion." Michael Billington for The Guardian
"Everything about Passion is breathtaking." Mark Shenton for The Stage
"I never thought I could love Passion, and maybe now I do." Matt Wolf for The Arts Desk
"I watched Jamie Lloyd’s superb new production in a state of rapt concentration, and at the end felt I had witnessed a masterpiece...You may either love or hate this show, but it is impossible to feel indifferent to its raw power and emotional candour." Charles Spencer for The Daily Telegraph
"Passion, despite its gorgeousness, feels cold. Not so much a passionate work as a consideration of what it means to be passionate, it has too narrow an emotional range. It shows Sondheim at his most operatic, but for all the gestures in the direction of Puccini there are no soaring arias to carry us aloft. The characters are unsympathetic, and the humourless storytelling results in their drama lacking real humanity." Henry Hitchings for The Evening Standard
"Elena Roger's Fosca is a performance to die for." Paul Callan for Daily Express
" Jamie Lloyd's Donmar revival of this rebarbative 1994 musical makes a compelling case for its power to unsettle and affront." Paul Taylor for Independent