Catherine Street, opened in 1673 and named in honour of Charles Il’s Queen, Catherine of Braganza, whom diarist Samuel Pepys considered ‘mighty pretty', extended south to the Strand until the opening of Aldwych in 1905. Until 1974 its northern end fed into the organized conglomeration of wagons, carts, containers and porters that was Covent Garden Market, prior to the market moving in that year to modern accommodation at Nine Elms. Since then, the shops and pubs that catered for the contrasting needs of market and theatre-goers alike have been transformed almost en masse into the boutiques and bistros that crowd around the Duchess.
In the early 1920s the site was owned by William Clarkson, a theatrical costumier, who had ambitions to build his own theatre. His vision came to nought, however, because of problems he encountered with the law of Ancient Lights, specifically the illegal obstruction of one’s neighbour’s daylight that would result from the building planned. Finally he gave up and sold the plot to West End and Country Theatres Ltd, which leased it on to Arthur Gibbons, a promoter whose choice of architect Ewen S. Barr was inspired.
Barr must have spent many hours at his drawing board before the persistent problem that had defeated Clarkson was finally solved. He would sink the stalls deep into the ground, extending back under the foyer and what is now the dress-circle bar, which in turn would be formed into the underside of the dress circle. The resultant low-rise design overcame the daylight obstacle, and a small but attractive theatre was born. Interestingly, at almost the same time that Barr was designing for Gibbons, he was looking to the future and producing, with T. R. Sommerford, the interiors of four early atmospheric London Astoria cinemas.
Externally, the embryonic ’Elizabethan’ Portland-stone frontage, with its three shallow canted bay windows and simplified decorative motifs, forms a loose group with the Novello Theatre on the opposite side of the road, and the Theatre Royal, Drury Lane, to the north. Originally, the equally simple Art Deco interior with dished, domed ceiling was enlivened by a sensitive colour scheme in blue, silver and mauve by Marc Henri and Gaston Laverdet, later to be redesigned by Mary Wyndham-Lewis, wife of the playwright J. B. Priestley. Sadly, the only survivals of this decoration in today's partially artexed and cream- painted auditorium are two rather special bas-reliefs, which were designed by the young sculptor Maurice Lambert, flanking the proscenium arch.
The Duchess opened on 25 November 1929; among its successes are J. B. Priestley’s Laburnum Grove, which ran for 335 performances in 1933, and Emlyn Williams’s The Com Is Green, which ran for 395 performances in 1938. More recently, the highly successful Oh! Calcutta was transferred here from the Royalty, followed in 1986 by No Sex Please - We 're British, which completed a run of 6,671 performances at the Duchess, having transferred from the Garrick.

The Duchess theatre was designed by Ewen Barr, and constructed by F. G. Minter Ltd, for Arthur Gibbons. The theatre is built with the stalls below street level, to overcome the scale of the site, and the rights of neighbours to Ancient lights. The theatre opened on 25 November 1929. The interior decoration scheme was introduced in 1934 under the supervision of Mary Wyndham Lewis, wife of J. B. Priestley. 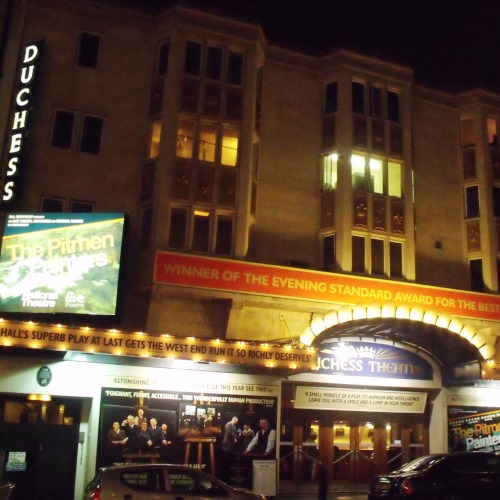 Topologie du théâtre
Nombre de salles actives: 1
Salle 1: (476)    1929 - Actif
Accès
En métro: Covent Garden (Piccadilly line)
En bus: 6, 9, 11, 13, 15, 77A, 91, 176
Adresse:
Evolution
Bâtiment: The Duchess theatre was designed by Ewen Barr, and constructed by F. G. Minter Ltd, for Arthur Gibbons. The theatre is built with the stalls below street level, to overcome the scale of the site, and the rights of neighbours to Ancient lights. The theatre opened on 25 November 1929. The interior decoration scheme was introduced in 1934 under the supervision of Mary Wyndham Lewis, wife of J. B. Priestley.
Nom:
Propriétaire(s): 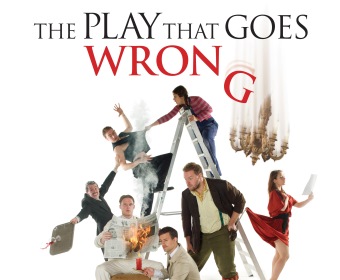 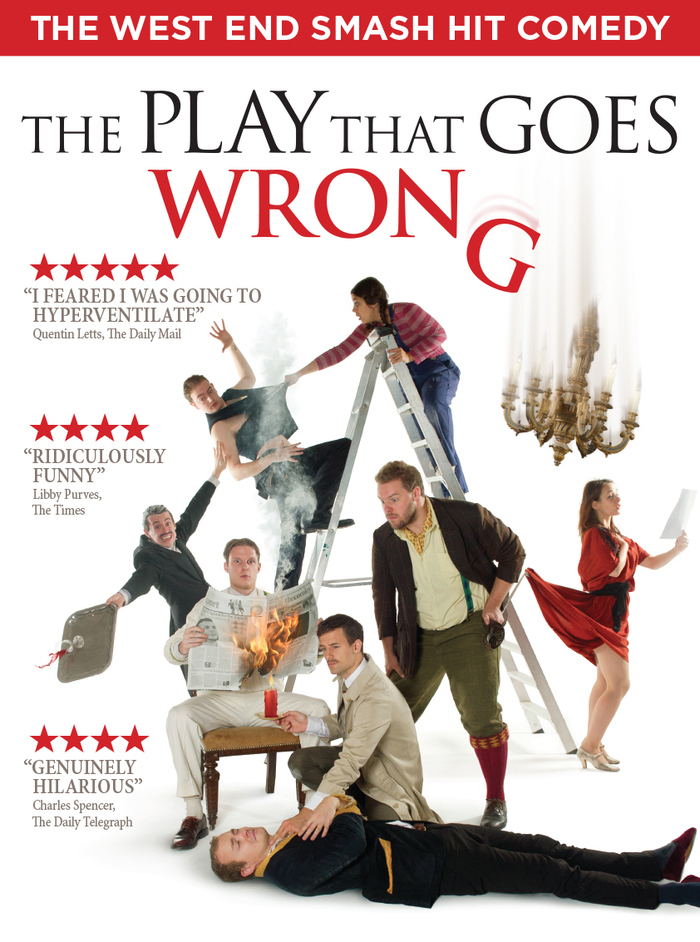 1) Play that goes wrong (The) (Original)

Commentaire: The Play That Goes Wrong is a play by Henry Lewis, Jonathan Sayer, and Henry Shields. They are all part of the Mischief Theatre Company. It premiered at the Old Red Lion Theatre in London in 2012, moved to Trafalgar Studios in 2013, and opened to the Duchess Theatre in the West End on 14 September 2014. It won Best New Comedy at the 2015 Laurence Olivier Awards.  (plus) 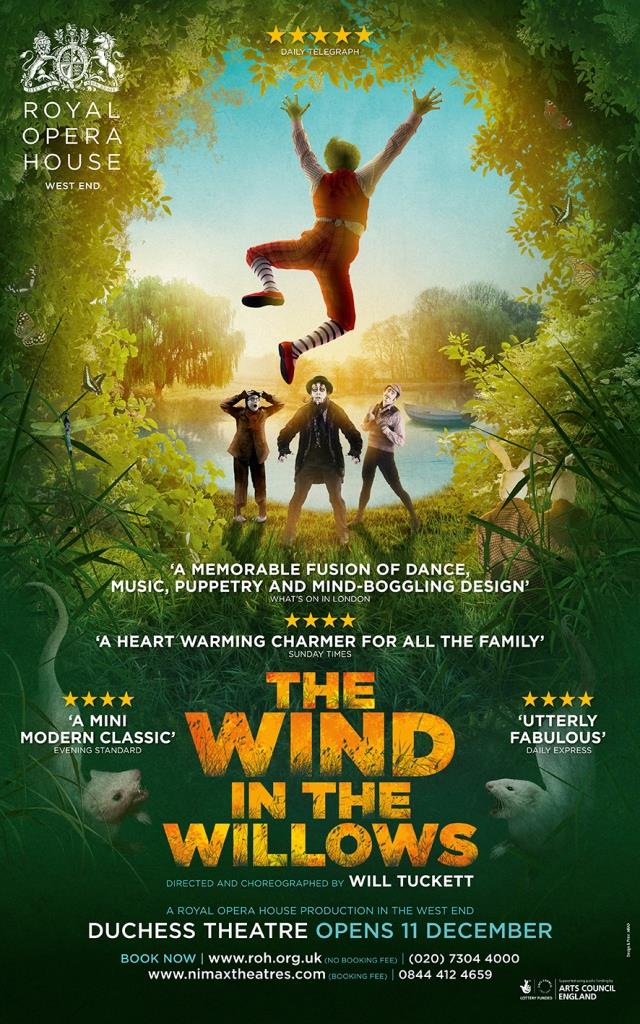 12) Wind in the Willows (The) (Version Ward) (West End Transfer) 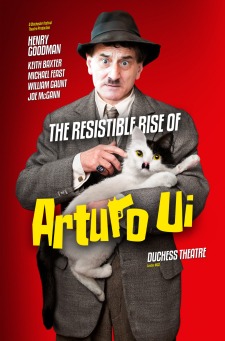 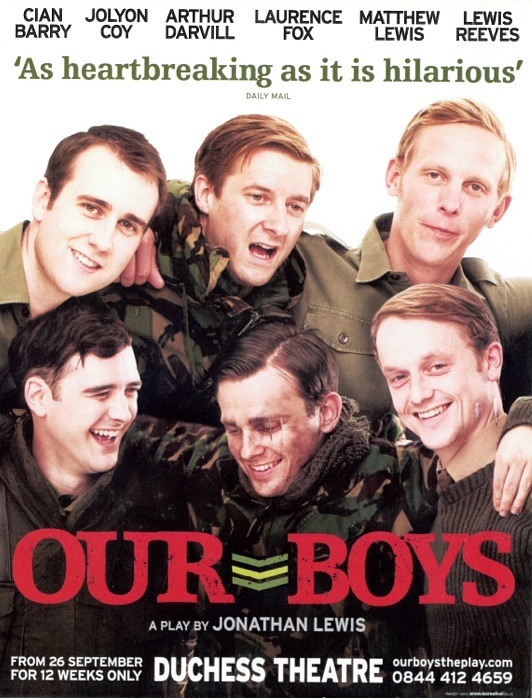 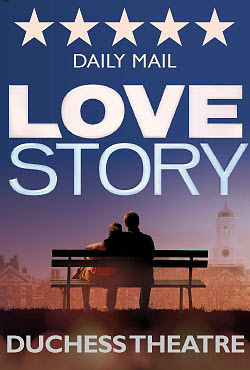 Commentaire: It was inspired by Erich Segal’s best-selling novel of the same name, and the enormously successful 1970 film version starring Ryan O’Neal and Ali MacGraw. The stage version, with a cast of 12 and an onstage band of seven, runs for an hour and forty minutes without an interval. It opened for a month-long sell-out run at the Minerva Theatre in Chichester on May 29 th 2010 and transferred to the Duchess for a limited ten week season. As with the original film, critical reaction was divided into two distinct camps: those who loved it and wept profusely into their hankies, and those who hated it and dismissed it as “Camille with bullshit”.  (plus) 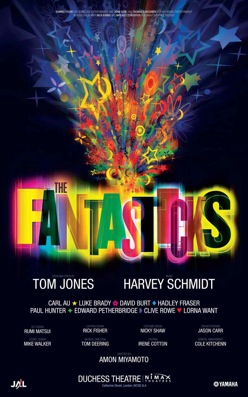 Commentaire: This production originated in Tokyo, where Tom Jones, the lyricist, saw it, liked it, and managed to raise the money to re-stage it in London. With some audience sitting on the stage, and with some vaguely kabuki clowning interludes and oriental drumming it was “different”. However, yet again it failed to make a favourable impact in the UK despite the fact it is the longest running musical in the USA (1960-2002 and then revived in 2006 and still running!) The critics hated it: “cheek-numbingly boring and desperately unfunny” (D. Mail), “sticky, sugary depths. . .ghastly musical” (D. Telegraph), “No sane adult should have to sit through this” (Sunday Times), “I lost the will to live” (Mail on Sunday). It lasted less than 3 weeks.  (plus) 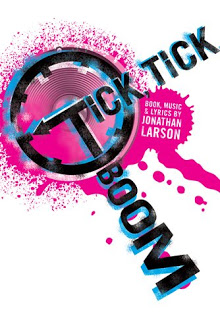 Commentaire: This production was limited to one week only as part of the Notes from New York season. The central performance by Paul Keating was greatly praised, and the story of an aspiring composer wondering if time is running out for him was an especially poignant one since Jonathan Larson had died, aged 36 while his hit show “Rent” was about to bring him acclaim.  (plus) 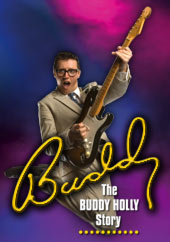 4) Behind the Iron Mask (Original)

Commentaire: Notes: This show was greeted with unanimous hoots of derision and disappeared within three weeks. Some of the critical comments were: “Absolutely all expense has been spared on the skimpy set”; the leading man spends the whole show “in headgear that makes him look like a mix of Darth Varder, Hannibal Lecter and a charred parrot”; “in a supposedly erotic dance, Feguson wafts her skirt as if she is measuring up for curtains and talks of love and passion as though checking off a shopping list”; “to suggest it is plain terrible does not do justice to its sheer, gothic relentless awfulness”; “The
prisoner’s big number is called Touch Me’. Given this show, the phrase that
comes to mind is ‘not with a bargepole’”.
This show joined the legendary group of the most awful West End shows ever.  (plus)

Commentaire: The interior of the Duchess Theatre has been re-configured allowing for the play to be presented in-the-round, as it was at the Cottesloe Theatre in April 2000  (plus) 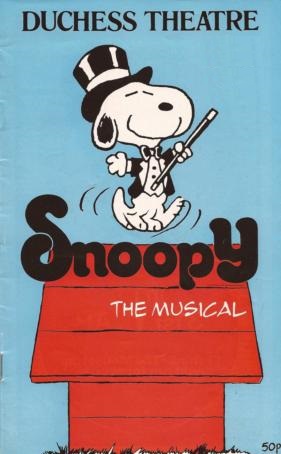 Commentaire: The production originated at the Watermill Theatre, Newbury. This show had a long run, a year and 2 months—surprising inasmuch as “You’re a Good Man Charlie Brown” had achieved a very much shorter in 1968. The production was nominated for an Olivier Award Best New Musical of the Year, and Teddy Kempner was nominated for Actor of the Year in a Musical.  (plus) 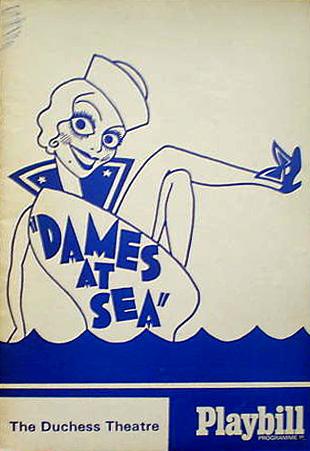 Commentaire: With just six-characters, this is a delightful pastiche of the 1930s Busby Berkeley type films.  (plus)