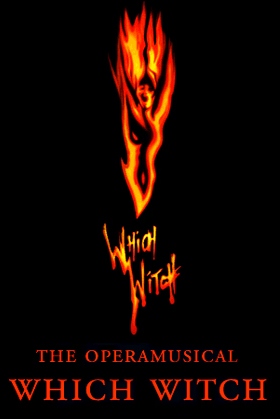 Type de série: Original London
Théâtre: Piccadilly Theatre (Londres - Angleterre)
Durée : 1 mois 4 semaines Nombre : Première Preview : InconnuPremière : jeudi 22 octobre 1992Dernière : samedi 19 décembre 1992Mise en scène : Piers Haggard • Chorégraphie : Will Tuckett • Producteur : Avec : Benedicte Adrian (Maria Vittoria), Graham Bickley (Bishop Daniel), Stig Rossen (Anton Fugger), Vivien Parry (Anna Regina), Sara Weymouth, Leo Andrew, Gay Soper, Jahn Teigen, Issy van Randwyck, Paul Gyngell, Derek Cullen, Michael McLeanCommentaires : Originally a concert piece performed in Bergen in 1987, this became a best-selling album in Scandinavia and was turned into a full-scale stage musical. However, the production was jaw-droppingly awful. The best remembered scene - the Act One finale - saw a stage full of flying devils, with huge flapping genitals, having graphic sex with many three-breasted witches. Despite package tours from Scandinavia and a much-publicised visit from King Harald and Queen Sonja of Norway, the show lasted just ten weeks. It received the most damning series of critical reviews anyone could remember. Some critics suggested it was Norway’s revenge for always coming bottom in the Eurovision Song Contest, especially since Jahn Teigen (legendary receiver of “nul point” in 1978 ) appeared as the Executioner with a song called “Who do you want to bum?”. According to Sheridan Morley in the “Herald Tribune”: “Years from now, stunned members of the first-night audience will be holding reunions to try to recall whether ‘Which Witch’ was really as appalling as it first appeared. It was, it was.”