Baz Luhrmann’s revolutionary film comes to life onstage, remixed in a new musical mash-up extravaganza. A theatrical celebration of truth, beauty, freedom and — above all — love, Moulin Rouge! is more than a musical; it is a state of mind.

Set in the Montmartre Quarter of Paris, France at the turn of the century, a world of indulgent beauty and unparalleled extravagance, of bohemians and aristocrats, of boulevardiers and mademoiselles, Moulin Rouge! The Musical tells the fictional story of an ambitious, lovesick writer, Christian, and a dazzling, entrancing chanteuse, Satine. Their lives collide at the Moulin Rouge with its many characters including the host of the Moulin Rouge, Harold Zidler; the brilliant and starving artist Toulouse-Lautrec; the greatest tango dancer - and gigolo - in all of Paris, Santiago; the tempting Nini; and The Duke of Monroth, the wealthy and entitled patron of the club who thinks he can buy anything he wants, including love.

Critical response
The Broadway production of the musical received mixed reviews.
In a rave review, theater critic John Simon wrote, "If you like splash, Moulin Rouge! is the show for you. Even more than the Baz Luhrmann movie, on which the musical is loosely based, it can hold your wonderment without abate from start to finish. ... This is a show to make the young feel mature, and the old blissfully young again."
It's one of The New York Times Critic's Picks with Ben Brantley calling it "a cloud-surfing, natural high of a production."
Diane Snyder of The Telegraph praised the scenic design, choreography, and costume and wrote that "Moulin Rouge! may not have the depth of some of Broadway’s great musicals... [but] it’s fun, tuneful and entertaining, and that’s exactly what we need right now."
Mashable's Erin Strecker said that "This is the best of what a jukebox musical can be; a thrilling burst of color and chorus and nostalgia and bold reimagining."
Adam Feldman leaned positive as he called the show "an extravagant Broadway megamix," commenting that it "looks and feels expensive."
Some critics praised the changes made from the film. Patrick Ryan of USA Today commented that "the use of recent pop songs actually improves upon the source material, helping flesh out characters' motivations and deepen the central romance." David Cote of Observer wrote, "Logan’s tweaks to the original screenplay are neat and necessary."

In a mixed review, Rolling Stones' Brittany Spanos criticized the musical's disjointedness but praised the high-energy parts of the show.[28] In another mixed review, Charles Isherwood of Broadway News summed up that "The resulting show is all flash, splash and megawatt musical numbers, nimbly if not entirely masking a fairly hollow and certainly hoary emotional core."[29] Alexis Soloski of The Guardian also commented on the leads' lack of chemistry, but mentioned that the show delivers when it comes to "dazzle and excitement," praising its choreography, set, energy, and costume.[30]

In 2002–2003, there was speculation about the possibility of a stage musical based on Moulin Rouge!, possibly in Las Vegas, but there had been no public talks in the years since. Some sources claimed in 2006 that the director, Baz Luhrmann, had approached the leads of the film, Nicole Kidman and Ewan McGregor, to star in the potential stage version.

In 2016, it was announced that a stage musical was being developed by Global Creatures, with direction by Alex Timbers.

A workshop took place in 2017, starring Aaron Tveit and Karen Olivo. The lab ran from October 30 until December 15.

Boston (2018)
Moulin Rouge! was scheduled to begin preview performances on June 27, 2018, at the Emerson Colonial Theatre in Boston. The production was scheduled to officially open on July 22, 2018, and would complete its limited run on August 5, 2018. On June 6, it was announced that the Boston production would be extended by 16 additional performances, running through August 19. Construction delays in renovating the Emerson Colonial Theatre resulted in the premiere date being pushed back to July 10. The production featured choreography by Sonya Tayeh, sets by Derek McLane, costumes by Catherine Zuber, lighting design by Justin Townsend and sound design by Peter Hylenski.

National Tour (2020)
On September 19, 2019, it was announced that the musical would have a ten week engagement in Chicago at the James M. Nederlander Theatre beginning in December 2020. The tour will begin technical rehearsal at the Saenger Theatre in New Orleans in November and then continue, with casting and the full lineup of dates and cities to be announced later.

West End (2021)
The musical is scheduled to debut in West End in March 2021. The production will be at Piccadilly Theatre in London, with casting to be announced later.

Melbourne (2021)
On July 28, 2019 producer Carmen Pavlovic of Global Creatures announced that the international premiere of the musical would take place in her home country of Australia. The show will open in Melbourne’s Regent Theatre in 2021. Further details are yet to be announced.

Acte I
"Welcome to the Moulin Rouge* (Lady Marmalade†/So Fresh, So Clean/Money (That's What I Want)/Rhythm of the Night†/Because We Can (Fatboy Slim))"† – Zidler, Nini, La Chocolat, Arabia, Baby Doll and Company
"Bohemian Idea Part 1* (The Sound of Music†/I Don't Want To Wait/Every Breath You Take/Never Gonna Give You Up)" – Christian
"Bohemian Idea Part 2* (Royals/Children of the Revolution†/We Are Young)" – Christian, Toulouse-Lautrec, and Company
"Satine’s Entrance* (Diamonds Are Forever/Diamonds Are a Girl's Best Friend†/Material Girl†/Single Ladies (Put a Ring on It)/Diamonds)" – Satine and Company
"Dancing with the “Duke”* (Shut Up And Dance/Raise Your Glass/I Wanna Dance with Somebody (Who Loves Me))" – Satine, Christian, Toulouse, Santiago and Zidler
"Backstage at the Moulin Rouge* (Firework)" – Satine
"In the Elephant* (Your Song)"† – Christian & Satine
"The Pitch* (Spectacular Spectacular)"† – Company
"Asking for Everything* (Sympathy For The Devil/You Can't Always Get What You Want/Gimme Shelter)" – Monroth and Satine
"Toulouse’s Story* (Nature Boy)"† – Toulouse-Lautrec and Christian
"In the Elephant* (Elephant Love Medley: All You Need is Love†/Love is Just a Game†/I Was Made for Loving You†/Just One Night/Pride (In the Name of Love)†/Can't Help Falling In Love/Don't You Want Me/Don't Speak/I Love You Always Forever/It Ain't Me Babe/Love Hurts/Love is a Battlefield/Play the Game/Such Great Heights/Torn/Take On Me/Fidelity/What's Love Got To Do with It/Everlasting Love/Up Where We Belong†/Heroes†/I Will Always Love You)"† – Christian and Satine 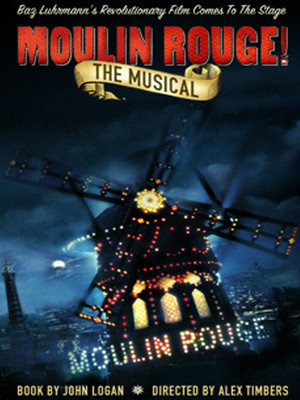 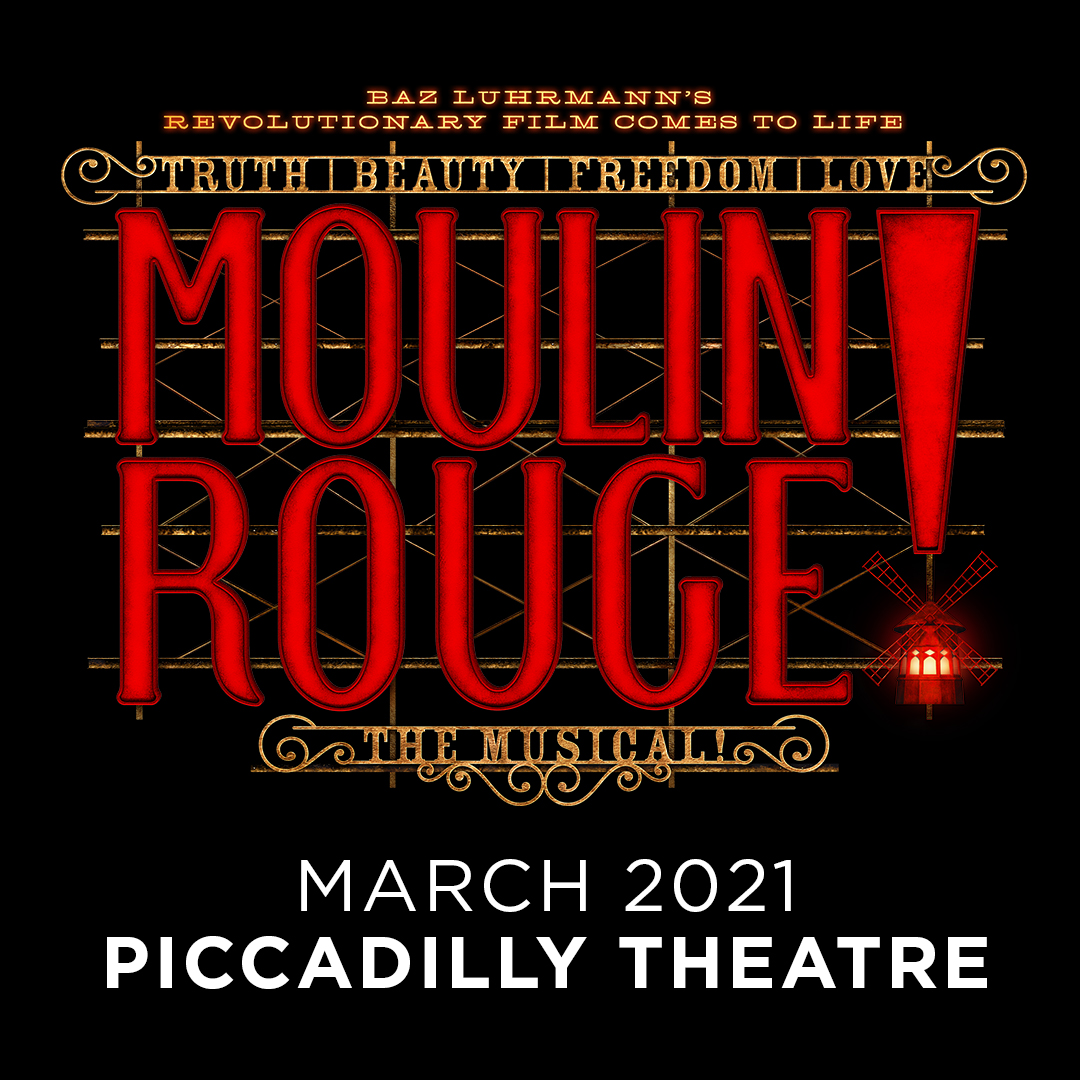