In 1983 at the Pasadena Civic Auditorium recording stars are gathered to celebrate the 25th anniversary of Motown Records. In a flashback, in Detroit, Michigan the young Berry Gordy watches the neighbors dancing. In 1957, the adult Berry forms his own record label, and begins to make lifelong friends with recording artists/singers such as Marvin Gaye and Smokey Robinson. Berry discovers the Supremes and Diana Ross, among many others.

The recording stars sing their popular numbers, including Ross performing " 'I Hear a Symphony,' 'You're Nobody 'Til Somebody Loves You' and 'You're All I Need to Get By,'.... Stevie Wonder, The Supremes ('Buttered Popcorn' 'Where Did Our Love Go'), The Miracles ('Shop Around') The Marvelettes ('Please Mr. Postman'), Mary Wells and The Temptations ('Bye Bye Baby'/'Two Lovers Medley'), Martha and the Vandellas ('Dancing in the Street'), The Contours ('Do You Love Me'),... and The Jackson 5.

The musical finished its original Broadway run on January 18, 2015, closing after 37 previews and 738 regular performances.

A return to Broadway is planned for July 2016, according to the producer Kevin McCollum.

After speculation that a London production would be staged in the Dominion Theatre after the refurbishment of the theatre after the closing of We Will Rock You, an eventual West End production was announced for the Shaftesbury Theatre to begin on 11 February 2016 and ending on 22 October 2016. 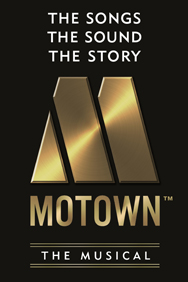 "It is clear that the ego has landed. But, eager as I am as the next person to learn more about the Motown mogul, I was disappointed at how little I discovered." Michael Billington for The Guardian

"The show moves beyond being a welcome nostalgia fest and becomes an urgent rallying cry for us all to rediscover our Motown mojo." Dominic Cavendish The Telegraph

"This show is always enjoyable, if not always the transcendent hit you long for it to be." Dominic Maxwell for The Times

"The first half is a mess - too many songs, several little more than abbreviated verses, and a comically bad script." Quentin Letts for The Daily Mail 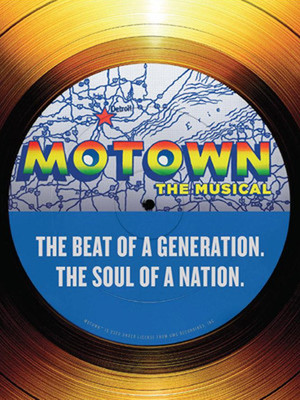 "Like the legendary music catalog from Motown, the revival that re-opened Thursday night at the Nederlander Theatre is alternately catchy and soulful, and overstuffed with memorable melodies." Jennifer Farrar for The Associated Press

"The hits just keep on coming in this formulaic but audience-pleasing show." Frank Scheck for The Hollywood Reporter