About a group four teenage girls – three of whom share the first name Heather - at high school in Ohio. Veronica, the fourth friend, has had enough and longs to return to her old life and geeky friends. The film starred Winona Ryder and Christian Slater, and gained cult status.

The show's director, Andy Fickman, had been working with Daniel Waters (the screenwriter of the film) on the musical. After seeing Laurence O'Keefe's work with Legally Blonde and how he transitioned film to theatre, he decided to pair him with Reefer Madness collaborator Kevin Murphy. Fickman said of the experience, "we found that Heathers gave a great deal of opportunity for '80s commentary and a great chance for music and storytelling".

Los Angeles
The show played at the Hudson Backstage Theatre in Los Angeles for a limited engagement on the weekends from September 21, 2013 to October 6, 2013. The cast included Barrett Wilbert Weed as Veronica, Ryan McCartan as J.D., Sarah Halford as Heather Chandler, Kristolyn Lloyd as Heather Duke, and Elle McLemore as Heather McNamara. Elle is the only Heather to make it to Off-Broadway but Heather Duke was replaced before Heathers final performance when Kristolyn Lloyd reprised her role as Heather Duke as Alice Lee’s replacement.

Off-Broadway
In 2013, it was announced that Heathers: The Musical would be brought to Off-Broadway, previews beginning in March at New World Stages, directed by Andy Fickman. Coincidentally, New World is also the name of the original film's distributor. In February 2014, the cast was announced, including Barrett Wilbert Weed, Ryan McCartan, and Elle McLemore reprising their roles as Veronica, J.D, and Heather McNamara, respectively, with new additions to the cast being Jessica Keenan Wynn as Heather Chandler, Alice Lee as Heather Duke and Tony Award winner Anthony Crivello as Bill Sweeney/'Big Bud' Dean.[6] The show began previews on March 15, 2014, and opened on March 31, 2014.

Notable US regional productions
In 2016 White Plains Performing Arts Center presented the NY Regional Premiere of the production to sold out audiences.

Australia
The Australian premiere of Heathers: The Musical at the Hayes Theatre in Sydney was staged in July–August 2015. Directed by Trevor Ashley with choreography by Cameron Mitchell, it starred Jaz Flowers as Veronica Sawyer, Stephen Madsen as Jason "J.D." Dean, Lucy Maunder as Heather Chandler, Erin Clare as Heather McNamara, and Libby Asciak as Heather Duke. The well-received production transferred the following year, with mostly the same cast, for seasons in Brisbane (Playhouse, Queensland Performing Arts Centre) in January 2016, Melbourne (Playhouse, Arts Centre Melbourne) in May 2016, and the Sydney Opera House's Playhouse in June 2016. 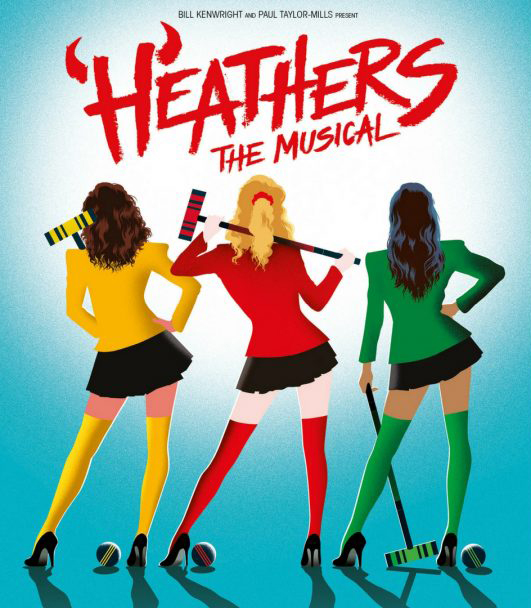 Heathers The Musical (2018-06-The Other Palace Main-London) 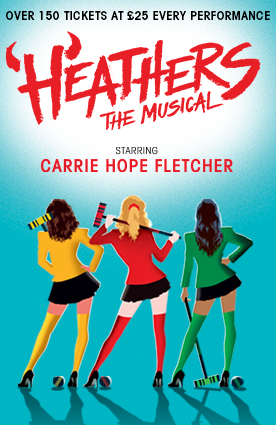