The Earl and the Girl is a musical comedy in two acts produced by William Greet and opened at the Adelphi Theatre in London on 10 December 1903. It transferred to the Lyric Theatre on 12 September 1904, running for a total of 371 performances. It also ran at the Casino Theatre in New York beginning on 4 November 1905 for 148 performances (with some added music and lyrics by Jerome Kern and others), starring Eddie Foy and W. H. Denny. A production toured Australia in 1906 and 1907. A revival in London in 1914 ran for a total of 107 performances, and there were later revivals and tours.

The original London cast included a number of performers who had recently appeared in productions of the D'Oyly Carte Opera Company, which was no longer performing at the Savoy Theatre at the time of the premiere of The Earl and the Girl, including Walter Passmore, Henry Lytton, Robert Evett, M. R. Morand, Reginald Crompton, Powis Pinder, Charles Childerstone, Alec Fraser, Ernest Torrence, Rudolph Lewis, Agnes Fraser, and Louie Pounds. Lytton later used the song "My Cosy Corner" from the show in his music hall acts with much success, and made a recording of it. Kern's song interpolated into the New York production, "How'd You Like to Spoon with Me?" also became a hit.

Act I
1. Opening Chorus - (After A Capital Day)
2. Song (Daisy) and Chorus - "The Sporting Girl" (Some Girls I Know Like Living In A Town)
3. Duet (Jim and Liza) "Celebrities" (Oh, The Public Don't Appreciate Them Dogs)
4. Concerted Number "Little Ladies In Distress" (Oh, Dear Me, What On Earth Are We To Do?)
5. Song (Daisy) and Chorus "Shopping" (When My Ship Comes In)
6. Song (Crewe Boodle) "Thou Art My Rose" (In The Hush Of Silver Morning)
7. Song (Downham) "I Haven't A Moment To Spare" (I'm Sure I Shall Always Remember)
8. Quartet (Talk, Bunker Bliss, Mrs. Black, and Downham) "When We Get Hold Of Him" (I Know Somebody I Want To Meet)
9. Duet (Elphin and Dick) "We Were So Happy, You And I" (The First Time That We Met)
10. Song (Elphin) and Chorus "When A Maiden Leaves School " (When A Maiden Leaves School)
11. Song (Dick) and Chorus "By The Shore Of The Mediterranean" (Away, Come Away From The Gray Land)
12. Quartet (Dick, Elphin, Jim, and Liza) "For One Night Only" (To-Night You'll Be A Bloomin' Swell)
13. Finale (Fancy His Getting The Earldom!)

Aucun dossier informatif complémentaire concernant Earl and the Girl (The)

Critical reception
The Times prefaced its review with a lament for the bygone days of Savoy opera, and for the defection of Savoy stars to the new genre of Edwardian musical comedy. As to the show, the paper thought "the merits of the piece are neither great nor new … pointless, often tasteless." The music was pronounced "cheap in form and old-fashioned in its kind." The journal Judy thought the production overdone: "the stage is too crowded, and the restlessness of the chorus becomes irritating." The reviewer praised the principal performers and singled out Louie Pounds in particular: "a voice which is worthy of better things."

Of the Broadway production, The New York Times wrote, "a veritable frolic from start to finish, light, tuneful, and full of color, and engaging a company of exceptionally clever people. Reviewing the Australian production, The Morning Bulletin, wrote, "Mr. J. F. Sheridan has surely produced few comedies in which the fun was so fast and furious." 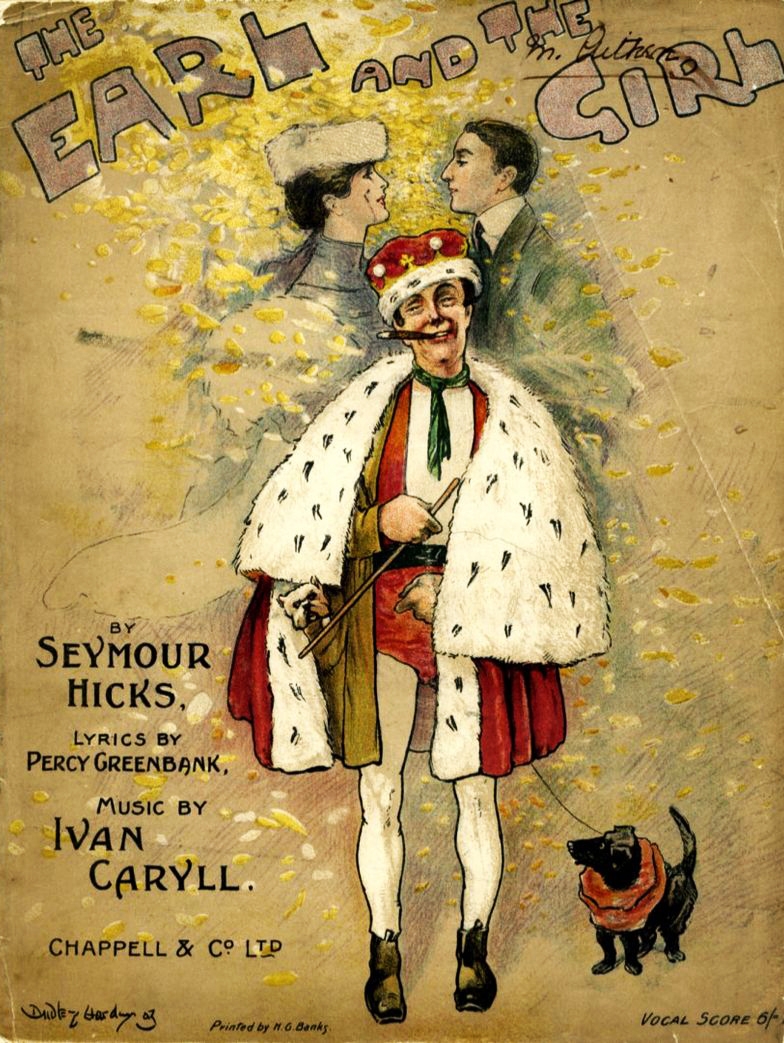