The Dancing Mistress was presented by the impresario George Edwardes at the Royal Adelphi Theatre, opening on 19 October 1912. The piece, which followed the same composer's and authors' immensely successful The Quaker Girl, featured many of the performers from the earlier show, including the romantic leads, Gertie Millar and Joseph Coyne. It ran at the Adelphi until 21 June 1913.

A touring company presented the piece in the British provinces, with Adele Crispin, John T. MacCallum and Laura Wright in the leading roles of Nancy, Teddy and Virginie.

The Times thought the piece too long, and commented, "Mr. Lionel Monckton's songs call for no special comment, but they fulfil their purpose; and The Dancing Mistress, when trimmed and shaped, will make a very pleasant entertainment."
The Illustrated London News thought more highly of Monckton's score, rating "that master of light melody … at his very best." The reviewer thought the show "full of gaiety and fun and colour."
The Observer, like other papers, praised the performers ("so strong a combination as that is quite sure to fill the Adelphi for many months") and, like The Times, called for cuts.
Reviewing the touring production, The Manchester Guardian wrote, "There is no affectation about The Dancing Mistress … A waltz refrain, some dallying with rag-time, and a joke or two about Mr. Lloyd George help to assure the audience that they are not being trifled with and that nothing serious is intended." 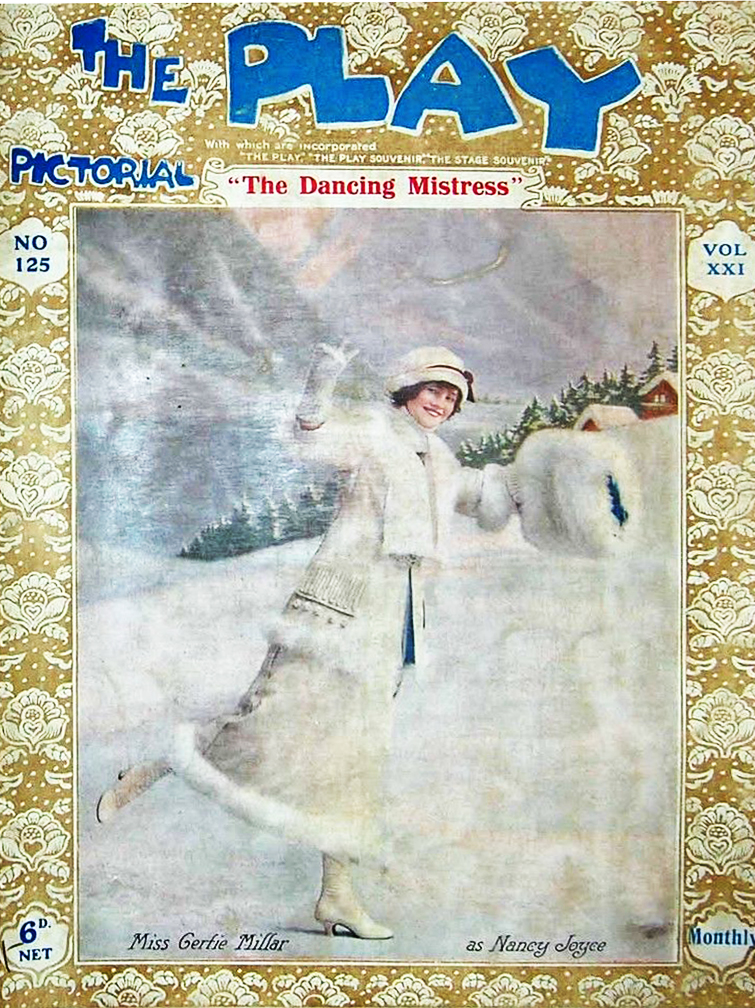