«Duchess of Malfi (The)»

Antonio Bologna. Antonio has recently returned from France, full of scorn for the Italian courtiers whom he sees as more corrupt than the French. Antonio is the steward of the Duchess of Malfi's palace. His honesty and good judgement of character are characteristics well known to the other characters. He accepts the Duchess' proposal of marriage because of her disposition rather than her beauty. Her marrying beneath herself is a problem, however, and their marriage has to remain a secret, and Antonio shares neither her title nor her money. Bosola accidentally kills him.
Delio. A courtier, who tries to woo Julia. Based on a historical character of the same name, his purpose is to be the sounding board for his friend Antonio. Because he asks so many pertinent questions, he serves as a source of important information to the audience, and is privy to the secrets of Antonio's marriage and children.
Daniel de Bosola. A former servant of the Cardinal, now returned from a sentence in the galleys for murder. Publicly rejected by his previous employer the Cardinal, he is sent by Ferdinand to spy on the Duchess as her Provisor of Horse. (Ferdinand hopes to keep her away from marriage.) Bosola is involved in the murder of the Duchess, her children, Cariola, Antonio, the Cardinal, Ferdinand, and a servant. Witnessing the nobility of the Duchess and Antonio facing their deaths, he finally feels guilty, and seeks to avenge them. This change of heart makes him the play's most complex character. A malcontent and cynic, he makes numerous critical comments on the nature of Renaissance society. (He is based on the historical Daniele de Bozolo, about whom little is known.)
The Cardinal. The brother to the Duchess and Ferdinand. A corrupt, icy official in the Roman Catholic Church who keeps a mistress—not uncharacteristic of the time—he has arranged a spy (Bosola) to spy upon his sister – all this on the quiet, however, leaving others ignorant of his plotting. Of remorse, love, loyalty, or even greed, he knows nothing, and his reasons for hating his sister are a mystery. (Historically, his name was Luigi or Lodovico.)
Ferdinand. The Duke of Calabria and twin brother of the Duchess. Unlike his rational brother the Cardinal, Ferdinand is given to fits of rage and violent outbursts disproportionate to the perceived offence. He gradually loses his sanity—he believes he is a wolf and digs up graves— (lycanthropia) but, upon seeing his dead sister, has the grace to regret hiring Bosola to kill her. (In reality, his name was Carlo, Marquis of Gerace.)
Castruchio. An old lord. His name plays on the word "castrated", suggesting impotence. He's the conventional elderly man with a young, unfaithful wife (Julia). He is genial and easygoing, attempting to stay on good terms with all.
Roderigo. A courtier.
Grisolan. A courtier.
Silvio. A courtier.
Pescara. A marquis.
The Duchess. The protagonist, sister to Ferdinand and the Cardinal. At the beginning, she is a widow in the prime of her life. Though her brothers take every precaution to keep her from marriage, she secretly marries Antonio. Her brothers arrange to have her strangled. She is described as having a sweet countenance and noble virtue. Witty and clever, she can keep up with her brothers’ banter. She also has a tenderness and warmth that they lack. She has three children, two sons and a daughter by Antonio. (There is an inconsistency surrounding earlier children by her deceased husband, put down to a careless mistake by Webster.)
Cariola. Duchess's waiting-woman and privy to her secrets. She witnesses the Duchess's wedding and delivers her children. She dies tragically by strangling following the murder of the Duchess and the youngest children. Her name plays on the Italian carriolo, meaning "trundle-bed", where personal servants would have slept.
Julia. Castruchio's wife and the Cardinal's mistress. She dies at the Cardinal's hands from a poisoned Bible.
Malateste. A hanger-on at the Cardinal's court. The name means 'headache'. Referred to as a "mere stick of sugar candy" by the Duchess, he is yet another interchangeable courtier conveying the sycophantic court of Malfi.
Doctor. Sent for to diagnose and remedy Ferdinand's madness and his supposed "lycanthropia".
There is also a variety of minor roles including couriers, servants, officers, a mistress, the children, executioners, etc. They further the plot or perform small tasks that cannot be accomplished by the principals. 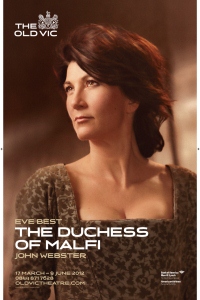 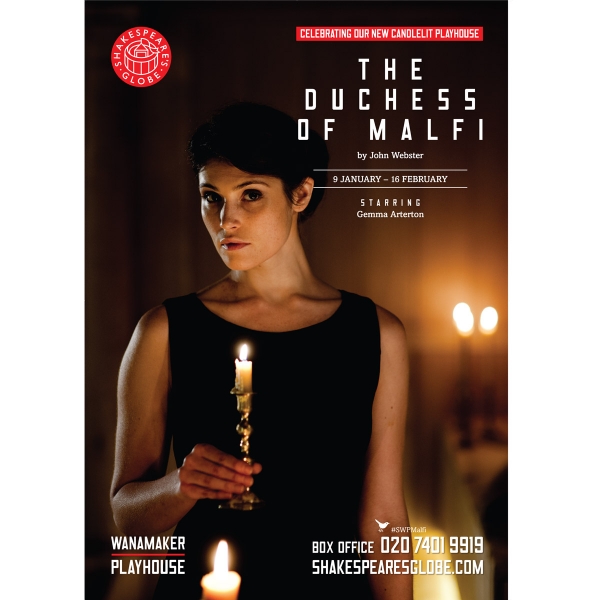 "The luminous Gemma Arterton beautifully captures the multi-faceted quality of the Duchess ..." Paul Taylor for The Independent

"... the success of the evening lies in the fact that Webster's play and this exciting new space [the Sam Wanamaker Playhouse] make a perfect fit." Michael Billington for The Guardian

"The tone is intimate and chatty rather than declamatory, which seems to be a deliberate antidote to the melodramatic excesses of the original." Simon Edge for The Daily Express

"The atmosphere is highly charged, with the elegant, rustling costumes adding to the sense of shadowy gorgeousness." Henry Hitchings for The Evening Standard 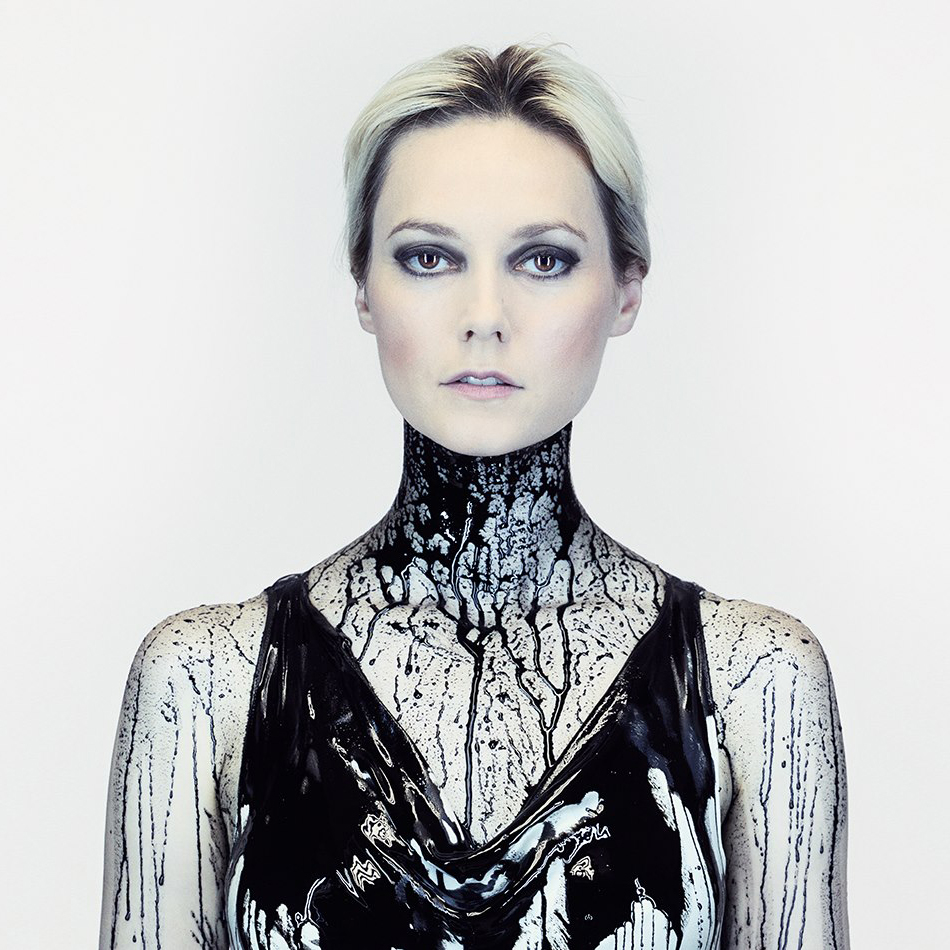