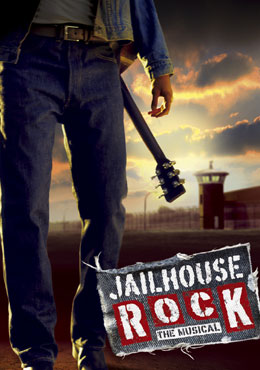 Type de série: Original
Théâtre: Piccadilly Theatre (Londres - Angleterre) Durée : 1 an Nombre : 420 représentationsPremière Preview : Friday 26 March 2004Première : Monday 19 April 2004Dernière : Saturday 23 April 2005Mise en scène : Rob Bettinson • Chorégraphie : Drew Anthony • Producteur : Avec : Mario Kombou (Vince Everett), Roger Alborough (Hawk), Lisa Peace (Peggy van Aulden), Gilz Terera (Quickly), Annie Wensak (Mama Everett), Dominic Colchester, Melanie Marcus, Mark Roper, Gareth Williams,Commentaires : Based on the classic 1957 Elvis Presley film, this was adapted for the stage by the same team that created the successful “Buddy”. However, Lieber & Stoller refused permission for any of their film songs to be used (on the grounds they were planning their own stage version), and the Presley estate refused permission for any reference to Elvis himself. Accordingly the musical content became a collection of some 20 or so of the lesser know Elvis numbers and several generic 50s hits with no actual reference to Elvis Presley himself. The show was praised for its energy, and ran for a year.Presse : NICK CURTIS for THE EVENING STANDARD says, “This is a mess that even diehard Presley fans will strain to love."
RHODA KOENIG for THE INDEPENDENT says, "Elvis by numbers lacks scorching heat of real King."
LYN GARDNER for THE GUARDIAN says, "An evening confused by the tension between its own nastiness and its bouncy Mills and Boon coating."
IAN JOHNS for THE TIMES says, "Before the first song is over, you feel that Elvis has already left the building."