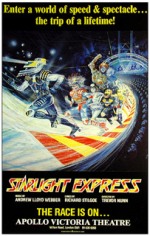 Type de série: Original
Théâtre: Apollo Victoria Theatre (Londres - Angleterre)Durée : Nombre : Première Preview : Tuesday 27 March 1984Première : Tuesday 27 March 1984Dernière : InconnuMise en scène : Trevor Nunn • Dion McHugh • Chorégraphie : Arlene Phillips • Producteur : Commentaires : The West End production, directed by Trevor Nunn and choreographed by Arlene Phillips opened on 27 March 1984 at the Apollo Victoria Theatre, where it ran for 7,406 performances, closing on 12 January 2002. Original cast members included Stephanie Lawrence, Frances Ruffelle, Jeff Shankley, Jeffrey Daniel and Ray Shell.Starlight Express had one of the most spectacular stage sets ever created. As well as the steeply-banked central arena, there were swooping race tracks that extended into and around the theatre's auditorium. One of the set's most dramatic elements was the six-tonne steel bridge. During the show's high-speed races, the bridge lifted and tilted to connect the various levels of the set. This means the actors started racing on a track in the stalls and end up in the dress circle. 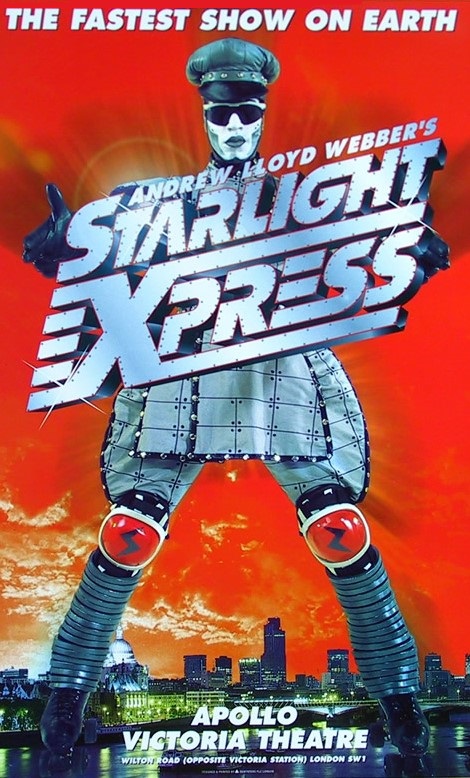