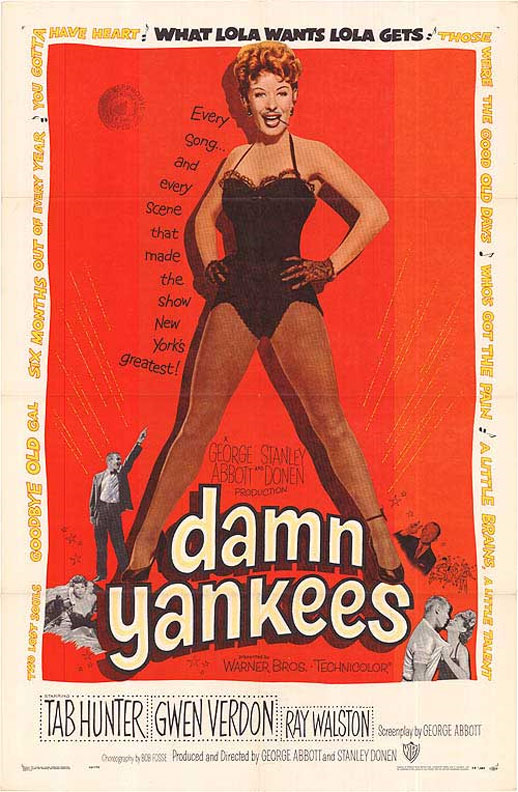 Gwen Verdon was famous on Broadway for her hip movements, especially her bumps, as they were called, but in 1958, bumps such as these were not allowed in films, so her first number, "A Little Brains," contains odd static pauses where she had done her bumps on stage.

The Mambo Dancer who dances with Gwen Verdon in the tribute to Joe Hardy was Bob Fosse--who was not only the choreographer of this film (and choreographer-director of later films, such as Cabaret) but also Verdon's husband.