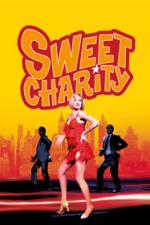 "The show itself is a joy. From the moments you hear the bleary, brassy opening notes of the show’s most famous number, Hey Big Spender, one knows — as the song promises — that one is in for a good time. The band handles Cy Coleman’s outstanding jazzy score with superb panache throughout. The cast do splendid justice to Dorothy Fields’s witty and often touching lyrics and Neil Simon’s gag-filled script, in which he largely avoids the mushy sentimentality that is so often his downfall. " Charles Spencer for The Daily Telegraph

"Comes up trumps . " Mark Shenton for The Stage

"This is an ingratiating, exuberant show with some gorgeous balletic moments and a winning vitality. " Henry Hitchings for The Evening Standard