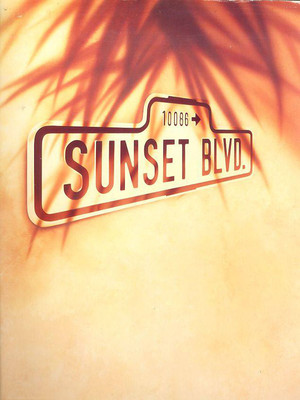 She's ready for her close-Up
After captivating London audiences last year, Glenn Close revisits the role of fading diva Norma Desmond on Broadway in Andrew Lloyd Webber's Sunset Boulevard. Based on the classic Billy Wilder movie, Sunset is the greatest Hollywood tragedy of them all, telling the story of an aspiring screenwriter seduced by the old-school movie glamour that surrounds an aged actress. Little does he know what squalid depths her self-deception will drag them both down to. One of Lloyd-Webber's finest works, Boulevard is resplendent with a lush, noir-influenced score, which will be brought to life in New York by a 40-piece orchestra.

An icon of stage and screen
Glenn Close originated the role of Norma Desmond in the musicals' original 1994 Broadway production in a Tony-winning performance, and recently played it to huge acclaim in a sold-out run in London with the English National Opera. One of Hollywood's finest, Glenn Close has countless iconic screen credits to her name, including Fatal Attraction and Dangerous Liaisons, while her role in the legal TV drama Damages garnered her two Emmy Awards.
Presse : "Yes, Hollywood’s most fatally narcissistic glamour girl, Norma Desmond, is back in town, in the pared-down revival of Andrew Lloyd Webber’s 'Sunset Boulevard' that opened on Thursday night. It is a show that exists almost entirely to let its star blaze to her heart’s content. The light she casts is so dazzling, this seems an entirely sufficient reason to be." Ben Brantley for New York Times

"Glenn Close is ready for her close-up in “Sunset Boulevard” — and then some... If a few vocals are strained, Close commands the stage in this concert production from the English National Opera." Joe Dziemianowicz for New York Daily News

"Those who go to see Close reprise her celebrated turn in the musical’s 1994 Broadway production will not be disappointed." Adam Feldman for Time Out New York

"Ultimately, it’s Close’s return that is this revival’s reason for being, and the rapturous audience reaction makes it clear that despite the plethora of talented actresses who have starred in the musical before and since — Patti LuPone, Betty Buckley, Diahann Carroll and Elaine Page, among them — she owns the role. Now all we need is a film adaptation before she ages out of the part." Frank Scheck for Hollywood Reporter

"Glenn Close makes a triumphant return to the star role of Norma Desmond in Andrew Lloyd Webber’s 'Sunset Boulevard,' a once-in-a-lifetime role that won her a Tony Award in 1995. Ever an elegant actress, she’s positively regal in the English National Opera production which won her kudos on the West End last year and will play a limited 16-week run at the Palace Theater — a fitting setting for this star." Marilyn Stasio for Variety