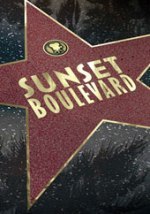 Type de série: Revival
Théâtre: Harold Pinter Theatre (Londres - Angleterre) Durée : 5 mois 2 semaines Nombre : Première Preview : jeudi 04 décembre 2008Première : lundi 15 décembre 2008Dernière : samedi 30 mai 2009Mise en scène : Craig Revel Horwood • Chorégraphie : Craig Revel Horwood • Avec : Kathryn Evans (Norma Desmond), Ben Goddard (Joe Gillis), Laura Pitt-Pulford (Betty Schaefer), Dave Willetts (Max)Commentaires : Over the fifteen years since it first opened “Sunset Boulevard” had been associated with awards, lawsuits, long runs, big stagings and even bigger losses. But this revival revealed a smaller, more dramatic and intensely gripping show. With just a chaise longue and a spiral staircase to suggest Norma Desmond’s faded glamour, some people felt it failed to capture the decadent spirit of the original, and with actors doubling as musicians, it felt a bit cheap and “Brechtian”. However, most of the critics felt being able to concentrate on the essence of the characters and the score was an enormous advantage– and confirmed that, at heart, “Sunset Boulevard” is a great and undervalued musical. Originally the show was scheduled to close in mid-April, but the booking period was extended to mid-September. However, six weeks into the extended period, on May 30 th, the show closed due to a downturn in sales.Presse : NICHOLAS DE JONGH for THE EVENING STANDARD says, "Small is better and sometimes beautiful when it comes to this scaled-down, intimate version of Andrew Lloyd Webber’s 1993 musical melodrama."
MICHAEL COVENEY for THE INDEPENDENT says, "...a score that is as dynamic and complex as any that Lloyd Webber has written."
MICHAEL BILLINGTON for THE GUARDIAN says, "Intelligently pared-down production...the main discovery is that inside Lloyd Webber's big belter of a musical, there is a smaller, more dramatic show that has been waiting for years to be let out."
DOMINIC MAXWELL for THE TIMES says, "Revel Horwood’s production is persuasive. As this jaw-droppingly skilful cast jump between instruments, Lloyd Webber’s score is always interesting, sometimes catchy."
CHARLES SPENCER for THE DAILY TELEGRAPH says, "Knockout revival...blessed with both sharp wit and a superb ensemble...[Craig Revel] Horwood's choreography is neat and witty, but it is the sheer panache of the whole ensemble that makes this revival so special, plus the sense that justice has finally been done to a great and undervalued musical."