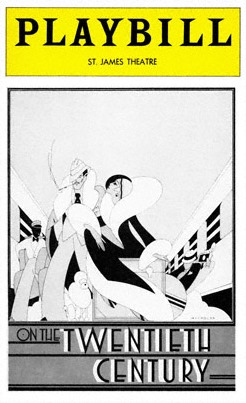 Hal Prince stated in later interviews that she was having trouble commanding the energy to play physical comedy eight times a week, and his statements suggest that he and possibly the writers tried to persuade her to leave. At least a few critics, having attended critics' previews rather than opening night (when Prince says she was wonderful), did find her performance a bit lackluster.

Between the out-of-town opening and the Broadway opening, the role was made more vocally demanding. It may be that this was done at Kahn's suggestion. It does seem that after the Broadway opening, at some performances she sang lower notes in place of some of the high notes that had been added.