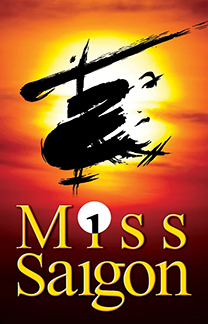 "This bracing new production from London reminds that whirlybirds can’t whip up emotions. Only good actors can do that. The revival of the musical by Claude-Michel Schönberg and Alain Boublil ('Les Miserables') has plenty of them." Joe Dziemianowicz for New York Daily News

"Miss Saigon is ultimately stranded between extremes of cynicism and idealism: the Engineer’s cartoonish hunger for American-style excess versus Kim’s bland, maternal purity. What’s lost in between is humanity or ambiguity, songs to tell us more about the characters’ past, their quirks or inner nuances. Instead, stereotyped villains and victims shout-sing at each others’ faces or collapse and bellow, “Nooooo!” (twice). Diversity on Broadway should be celebrated, but give actors of color characters we all can care about." David Cote for Time Out New York

"This is a most worthy revival, and now, minus the controversy, fans are free to re-live the thrill." Roma Torre for NY1

"This is brawny, crowd-pleasing entertainment with a cast of 36 and an 18-piece orchestra. It's not for theater snobs, but the audience's enthusiastic response on the first press night indicated a hearty appetite for its ardent, unabashed sentiments. Mackintosh certainly hasn't scrimped on remounting the show, leaving no mystery as to the reasons for its worldwide success." David Rooney for Hollywood Reporter

"This is what people mean when they talk about 'a Broadway show' — melodic songs, big, beautiful voices, a huge ensemble, full-scale pit orchestra, sumptuous production numbers, and the spectacle of lavish sets and special effects." Marilyn Stasio for Variety