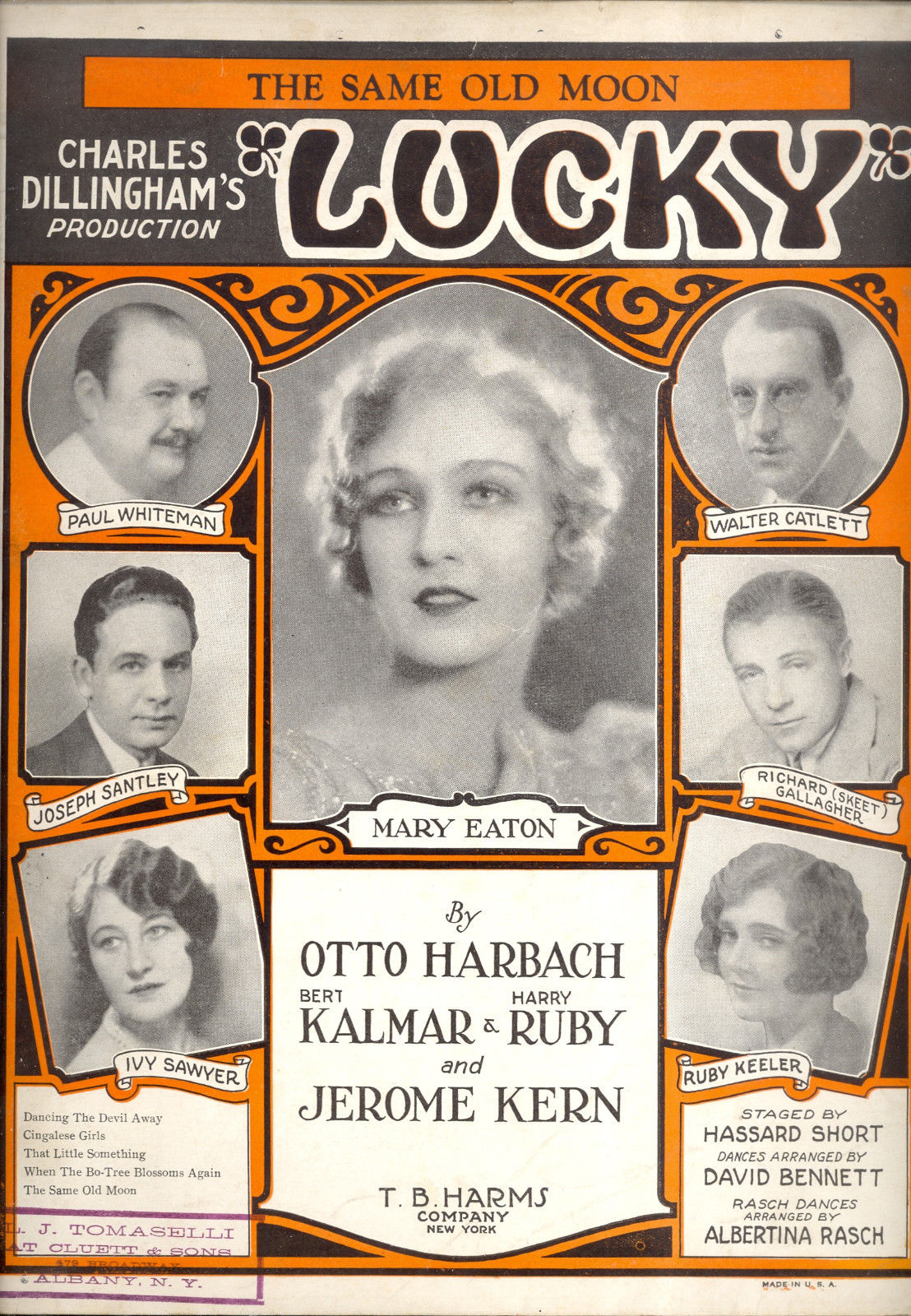 Because of the program’s vagueness, most critics assumed Kern had written the complete score, but Kern’s biographer Gerald Bordman notes that only two songs (“When the Bo-Tree Blossoms Again” and “That Little Something”) were “definitely” by the composer, and three (“Cingalese Girls,” “The Same Old Moon,” and “Dancing the Devil Away”) were by Kalmar and Ruby (although Otto Harbach may have had a hand in the latter song). Some sources speculate that the ballet “The Pearl of Ceylon” might have been composed by Kern. Note that “Dancing the Devil Away” was interpolated into the The Cuckoos, which was the film version of The Ramblers.

The New York Times said the score was “always pleasant, always infectious and sometimes more than a little reminiscent,” but had “catchy and lilting qualities”; Time said the score “pleases” and Variety found the “serviceable” music “charming, original and never tiring.”

Whiteman and his orchestra were the real sensation of the evening. But Keeler, the Albertina Rasch troupe, and the Elida Webb Girls also impressed with their dances, and Richard “Skeets” Gallagher and Walter Catlett were around for the comedy, Joseph Santley was the stalwart hero Jack, and Ivy Sawyer (Mrs. Santley offstage) added pepper to the role of his snobbish sister.

Otherwise, the costumes and James Reynolds’s lavish décor were visual showstoppers, and the Times suspected Lucky was as “opulent” a musical as Dillingham had ever produced and said the Ceylon setting gave an “excuse for as novel and beautiful settings and costumes as the prodigal New Amsterdam has beheld” during its existence. Further, the first act finale was “an orgiastic frenzy of color and action during which a whole stage full of dancing girls is transformed into a conclave of Buddhist gods and pagan evil spirits.”

Charles Brackett in the New Yorker said the musical had a “weak framework,” and although Eaton was “as pretty as a pink cake iced with gold trimmings” he found her “as tasteless as some such confections I have eaten.” Otherwise, the show was an “impressive structure” with “gorgeous” sets and costumes and “superb divertissements” such as Whiteman and his orchestra, the Albertina Rasch dancers, and the Keller Sisters. Time said the show offered up “a chromatic scale of splendors to even greater heights of extravagance, splashing the theatre with explosions of scenic brilliance.” As for the “agreeable” Eaton, she had “no magic to make this opulence personally charming.”

Arthur Pollock in the Brooklyn Daily Eagle found “beauty,” “color,” and “engaging sound” in the production, but noted “it would be trite to say that the book of Otto Harbach is not altogether funny.” Variety said the musical was “a whale of an entertainment” with “a splendiferous riot of color and pageantry” in the first act and “equally artistic and fetching” décor in the second. The trade paper surmised that Lucky was the “highest priced musical comedy ever mounted,” its weekly payroll was “huge,” with a “terrific overhead,” and at capacity could probably gross over $50,000 each week. Frederick F. Schrader in the Cincinnati Enquirer reported that opening-night seats fetched a whopping $13.50, and thereafter all orchestra seats would cost $6.60, the “first time that such a charge has been made for the entire orchestra of a musical production.”