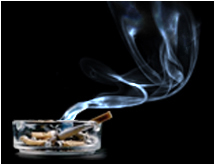 “The Finborough has found itself another great little musical, with a few well-crafted, rounded characters, some seriously enjoyable music and a cast full of delights.” Timothy Ramsden, Reviewsgate

“The influence of Sondheim — and in particular of Company, his study of metropolitan singleton life — hovers in the episodic plot in a score that sets the fidgety and dissonant alongside the soaringly melodic and in lyrics that are sometimes tender, often acerbic. There’s a hint of Gershwin to the music too, with Rhapsody in Blue tingeing the tunes just enough to trace an aural image of the Manhattan skyline.” Sam Marlowe, The Times

“This European premiere for one of Broadway's new writers brings a welcome, edgy musical to the stage” Timothy Ramsden, Reviewsgate

“The first good thing to say about LaChiusa's music is that, unlike most young theatre composers of the past 40 years, he doesn't sound like imitation Sondheim or Lloyd Webber. He has his own melodic voice, simple and frequently wistful, and his best songs stand quite successfully on their own.” Gerald Berkowitz, Theatreguide London

“The best of the songs marry evocative lyrics to appropriate music. Perfect, about the need to accept the less-than-perfect, and Remember Me, about intimations of mortality and the value of friends, are particularly lovely and haunting, while Little Fish embodies the play's message without preaching and 90 Year Old Man captures a bit of urban imagery with a concise effectiveness Sondheim could envy.” Gerald Berkowitz, Theatreguide London

“What a difference a decade makes. Michael John LaChiusa's 2003 work, Little Fish, is a big leap away from First Lady Suite which I saw earlier in October and which frankly was rather a struggle. Little Fish is much easier to like and admire with less cliché and more insight in the lyrics and an altogether more appealing score: occasionally dissonant, but also occasionally beautifully melodic with well-turned pastiches.” Sandra Giorgetti, British Theatre Guide

“Julia Worsley is onstage and the focus of our attention uninterruptedly, and the actress carries the young woman through her slow learning curve with empathy and believability.” Gerald Berkowitz, Theatreguide London

“A strong cast is dominated by Laura Pitt-Pulford as the perky Kathy.” Scott Mattewman, The Stage

“Little Fish is short at just ninety minutes, but filled with fine music. Indeed, a sparkling and vivacious Laura Pitt-Pulford as Kathy sings about being Perfect - and it really is.” Timothy Ramsden, Reviewsgate

“Laura Pitt-Pulford is attractive as her perky best friend, and does full justice to the two best songs, Perfect and Remember Me.” Gerald Berkowitz, Theatreguide London

“Laura Pitt-Pulford and Lee William-Davis stand out as Charlotte's friends Kathy and Marco. Their individual numbers are packed with emotion, moving but not over-sentimental” Sandra Giorgetti, British Theatre Guide

“The cast attack the material with gusto and Lee William-Davis is particularly good as Marco, investing his brief, funny song about finding himself (complete with comedy "oms") with real humour and injecting a flash of anger and pain into his account of being assaulted by his ex-boyfriend.” Natasha Tipney, MusicOMH

“Katie Foster-Barnes' sweetly-sung Anne opens Charlotte's eyes to the perils of emotional flotsam and stands in sharp contrast to the sassy Cinder of Alana Maria, the flatmate who tells it how it is.” Sandra Giorgetti, British Theatre Guide

“The rest of the cast are equally fine, which is a credit to Adam Lenson's skilled and sensitive direction.” Gerald Berkowitz, Theatreguide London

“There’s enough verve and bitter wit, both in LaChiusa’s writing and in Adam Lenson’s persuasive production, to keep it sharp rather than saccharine.” Sam Marlowe, The Times

“The band perch atop of Bec Chippendale's clever and versatile blue-brick set, the colour presumably meant to bring to mind a swimming pool, and their playing is excellent throughout.” Natasha Tipney, MusicOMH

“A cast of excellent actor-singers who, aided by Nick Cunningham’s nimble choreography and Bec Chippendale’s ingeniously economical blue set, create a whole world of urban angst on the Finborough’s tiny stage. Its waters may not run all that deep; but they’re still well worth wading into.” Sam Marlowe, The Times