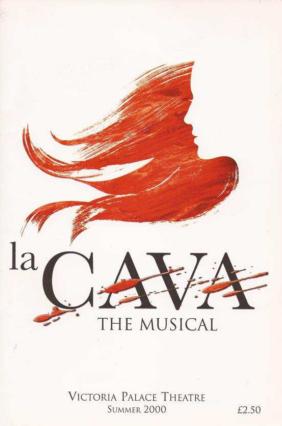 LISA MARTLAND for THE STAGE says, "There are those who probably could not wait for another victim to add to the current toll of musical turkeys, but this...might not be so easy to dismiss." She goes on to say, "Laurence O'Keefe and Stephen Keeling's music can be bland on occasion, but there are also some nice melodies.."

THE INDEPENDENT says, "Dana Broccoli's scenario began life as a novel, a form which thrives on endless complications. But on stage all that plot feels like two and a half hours of exposition. Broccoli and her composers and lyricists simply cannot turn it all into a satisfying musical scenario."

THE FINANCIAL TIMES says, "This strange event, based on the novel by Dana Broccoli (which in turn is based on historical events), is not dislikeable, just rather relentless. There are witty lines and comic moments, but they get swallowed up in the rising tide of passion and unremitting succession of events."

THE TIMES says, "On paper it promises more dramatic excitement than, say, Cats. But paper is paper and the stage the stage. La Cava is, as it turns out, far from the worst of the period musicals that have been clogging up the West End of late." THE DAILY TELEGRAPH says, "Another day, another doomed musical. Yet of all the turkeys that have arrived on our stages recently, La Cava is the one I've enjoyed most. It's tosh, of course, but often surprisingly entertaining tosh, though the bovine stupidity of producers continues to baffle me."

THE EVENING STANDARD says, "The cast do their best with a cumbersome framework. Tobias is rugged enough while the likable Julia-Alanah Brighten makes a decent stab at evolving from teenybopper to seductress to her chastened denouement."