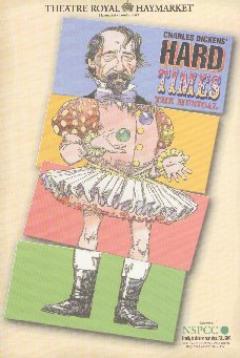 THE GUARDIAN says, "This tuppence-coloured tuner reminds us of the days when the musical was a source of innocent delight."

THE FINANCIAL TIMES says, "Once it gets going, it is amiable and rather charming, and it has a warmth about it that is very welcome after some of the more soulless blockbuster musicals. "

THE DAILY TELEGRAPH critic says " I particularly relished the moment when Mrs Gradgrind got up and performed an energetic tap dance after her big death scene - dramatic energy burns at a dismally low wattage."

THE DAILY MAIL, liked the show saying Brian Blessed is "Delightful, and Roy Hudd "is a Hoot"

THE NEWS OF THE WORLD says it "will send audiences home with warm hearts and a spring, in their step".

PETER HEPPLE for THE STAGE says, "What we see is an engaging but overlong mixture of music hall, circus and the kind of British musical that fell out of fashion in the seventies."

DOMINIC CAVENDISH for TIME OUT says, "This show has an intimate scale, a sense of humour and a respect for such old-fashioned virtues as a narrative you can follow and tunes you could, in theory hum."

NICHOLAS DE JONGH did not like it at all calling it "Boring" and saying, "This three-hour Hard Times could do with major surgery".