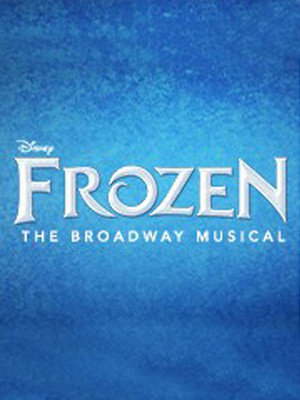 Type de série: Original Broadway
Théâtre: St. James Theatre (Broadway - Etats-Unis) Durée : Nombre : 26 previews - Première Preview : dimanche 01 avril 2018Première : dimanche 01 avril 2018Dernière : lundi 31 décembre 2029Mise en scène : Michael Grandage • Chorégraphie : Commentaires : With costumes and sets sumptuously designed by Christopher Oram, drawing inspiration from its source material as well as Norwegian folklore, the fictional kingdom of Arendelle is brought to stunning, three-dimensional life on stage. In addition, the movie's screenwriter Jennifer Lee has fleshed out the book for the Broadway musical to delve deeper into the torn relationship of the two lead protagonists, sisters Elsa and Anna, whilst the Oscar-winning, husband-and-wife songwriting duo of Robert Lopez and Kristin Anderson-Lopez offer up more than double the amount of songs as those cherished from the animated classic. New additions such as Elsa's anthemic numbers "Dangerous to Dream" and "Monster," as well as Anna's emotionally stirring climax in "True Love," are moving, theatrical alternatives to the infectiously upbeat familiarity of "Love is an Open Door" and "Fixer Upper". And "Do You Want to Build a Snowman?" seems to take on a new level of poignancy on stage. Of course, the show-stealing transformation sequence during Elsa's "Let It Go" number at the end of Act I promises the Disney magic Broadway audiences have grown accustomed to over the years and now demand. Kudos to Finn Ross' video design and Jeremy Chernick's special effects, who spectacularly aid the birth of the Snow Queen and her ice palace under the gaze of the mesmerizing aurora borealis.Presse : "The problem has nothing to do with the performances, which are never less than professional if seldom much more than that. As Elsa, Caissie Levy booms out her numbers with astonishing aplomb — her “Let It Go” really is sensational — and, as Anna, Patti Murin makes a charming madcap. Both find what nuances they can in characters very narrowly drawn to type. It’s therefore a huge relief, and feels fully genuine, when they get to share a fleeting smile or giggle. That they almost never sing together as they head out on separate adventures is a structural problem no one has solved." Jesse Green for New York Times

"The family-friendly musical “Frozen” — based on the 2013 animated blockbuster that’s made $1.3 billion worldwide — is bound to enchant young fans. After all, it’s cool seeing cartoon heroines Elsa, who blasts blizzards with a wrist flick, and Anna, her adoring but awkward sister, in 3-D. Maybe even better is spending time with huggable snowman Olaf and reindeer Sven. On the other hand, adults, with or without tots, may not be as thrilled by this polished but predictable and wow-free adaptation." Joe Dziemianowicz for New York Daily News

"This Frozen is like Elsa in protective gloves; it plays things safe, and perhaps that will be enough for fans of the movie who want to see some version of it on Broadway. But in its reluctance to embrace its own potential enchantments, the show will likely leave many people lukewarm." Adam Feldman for Time Out New York

"Watching Frozen, the first mental readjustment you have to make is that despite its on-trend female-empowerment thrust and its marriage of traditional stage techniques with technological innovation, this is fundamentally an old-fashioned fairy tale for tykes and tweens. In fact, it has more in common with Disney's pathfinding stage success, Beauty and the Beast, than with the more boldly reimagined shows that followed." David Rooney for Hollywood Reporter

"Caissie Levy is stunning as Elsa, the beautiful princess with the cursed gift to turn her kingdom into ice, and Patti Murin makes a darling Anna, the earthbound princess whose love for her sister is the only thing that can set Elsa free." Marilyn Stasio for Variety