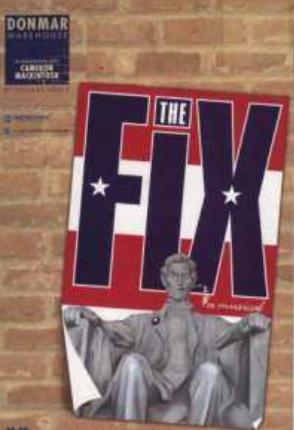 NICHOLAS DE JONGH of THE EVENING STANDARD is more scathing, describing the musical as , “..a roughly knocked-up show”, he then goes on to say “ The Fix doesn’t fit. The Donmar really ought to cut down on musicals.”

PETER HEPPLE of THE STAGE liked the first act but described the second act as taking “a downward plunge” and goes on to say that the score descends into “ pompous and ponderous rockism, which carries unfortunate memories of seventies rock musicals..”

CHARLES SPENCER of THE DAILY TELEGRAPH, he says “ No amount of fixing is going to fix The Fix. But you'll probably need one afterwards.”