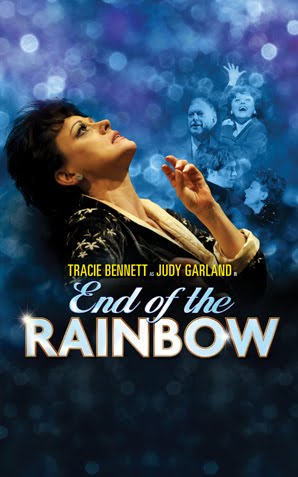 Type de série: Revival
Théâtre: Trafalgar Studios (Londres - Angleterre) Salle : Studio 1Durée : 5 mois 4 semaines Nombre : Première Preview : lundi 15 novembre 2010Première : lundi 22 novembre 2010Dernière : vendredi 21 mai 2010Mise en scène : Terry Johnson • Chorégraphie : Avec : Tracie Bennett (Judy Garland), Hilton McRae (Anthony), Stephen Hagen (Mickey Deans), Robin BrowneCommentaires : In February 2010 it was revived in Northampton with Tracie Bennett as Judy Garland and transferred to the Trafalgar Studios from November 16th (previews). Its enormous success and huge critical praise led to its West End run being extended to 21 May 2011, followed by a UK tour. The production then opened in Minneapolis in January 2012, and on Broadway on April 2 nd , 2012 (previews from March 19th). The American cast had Michael Cumpsty and Tom Pelphrey supporting Tracie Bennett.Presse : "Melancholy saga ...For all the skill of the acting and the smoothness of Terry Johnson's production, it's hard to love a play that invites us to wallow in Garland's tragic decline without offering much in the way of enlightenment." Michael Billington for The Guardian

"This is not so much a musical as a play with a lot of music woven into it...[Tracie] Bennett is superb." Henry Hitchings for The Evening Standard

"Tracie Bennett gives a great performance as Garland...Only those who hope for anything more than the schmaltz of suffering will be disappointed." Ian Shuttleworth for The Financial Times

"There are moments in the theatre when you lean forward in your seat with shivers racing down the spine, and realise there is nowhere on God’s earth you’d rather be. End of the Rainbow is one such occasion, offering one of the greatest musical theatre performances I have ever witnessed...At once fragile and funny, tragic and tough, and rising to superb musical heights, Bennett’s performance is as dazzling as it is unforgettable." Charles Spencer for The Daily Telegraph