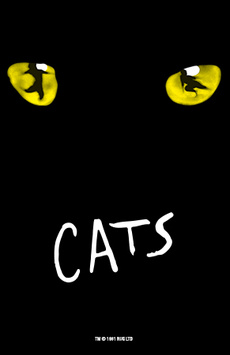 "Watching the lively yet enervating revival staged by Trevor Nunn, who directed the original 34 years ago, you can’t help but wonder how its first run lasted 18 years. Plotless, repetitive, nonsensical, the ’80s relic quickly turns tiresome enough to make you wish for a catnap. So much energy spent, so little impact." Joe Dziemianowicz for New York Daily News

"This was a lost opportunity. Rather than lamely re-creating the original (with some punchier added choreography by Andy Blankenbuehler), why not orchestrate the score for acoustic instruments, redo the costumes and dances, and find fresh drama underneath the tacky, dated pageantry? Instead we get a taxidermied pet. If there is heart to the piece, it’s Grizabella, the faded, outcast 'glamour cat.' British crooner Leona Lewis has a big, yearning voice, but even her (heavily amplified) yowling of 'Memory' can’t make the past worth revisiting." David Cote for Time Out New York

"The theatrical evolutions since 1982 make 'Cats' seem quaint and unsubstantial. It's really not a cohesive show, more a revue with a collection of bombastic rock songs connected by mangy fur." Mark Kennedy for Associated Press

"Although it remains to be seen whether this revival will live up to the original production's tagline of "Now and Forever," enough time has passed for a new generation of theatergoers to embrace the show, while those who saw the original (and liked it) will probably want to return for a blast of nostalgia. And with the dramatic upturn in tourists to the Big Apple in recent years, there's no reason to think that this Cats won't be purring on Broadway for a very long time." Frank Scheck for Hollywood Reporter

"As it was in the early days of this enduring musical, and still is, the genius of the show is in the dancing. At this early stage of the game, before the inevitable injuries and burnouts, the dancers are in perfectly splendid form. Quentin Earl Darrington has great authority as Old Deuteronomy, while Daniel Gaymon’s athletic Macavity, Andy Huntington Jones’ regal Munkustrap, and all the other members of the Jellicle tribe are flying high — now and forever." Marilyn Stasio for Variety