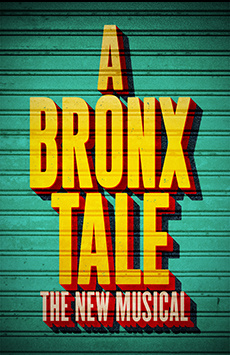 "'A Bronx Tale' at the Longacre Theatre packs some tasty ear candy and fine performances, but it’s as conventional as it gets and could use a surprise or two." Joe Dziemianowicz for New York Daily News

"Aside from Machiavelli-quoting mobster Bobby—played with expertly calibrated swagger by Nick Cordero—none of the characters command interest, and Alan Menken and Glenn Slater’s doo-wop–heavy score is far too lightweight for a plot that features murders and racial hate crimes."
Adam Feldman for Time Out New York

"There's no point giving a Bronx cheer to this formulaic but entertaining crowd-pleaser." Frank Scheck for Hollywood Reporter

"After the 1989 solo show, the 1993 movie directed by Robert De Niro and the 2007 Broadway production staged by Jerry Zaks, where else could this show go but back to Broadway as a musical starring Nick Cordero? Is it a good fit? Not really, but there’s something nicely symmetrical about the material progress. Next up: surely an opera." Marilyn Stasio for Variety