Résumé: People spoil things; there are so many of them and the last thing one wants is them traipsing through one’s house. But with the park a jungle and a bath on the billiard table, what is one to do? Dorothy (Frances de la Tour) wonders if an attic sale could be a solution. 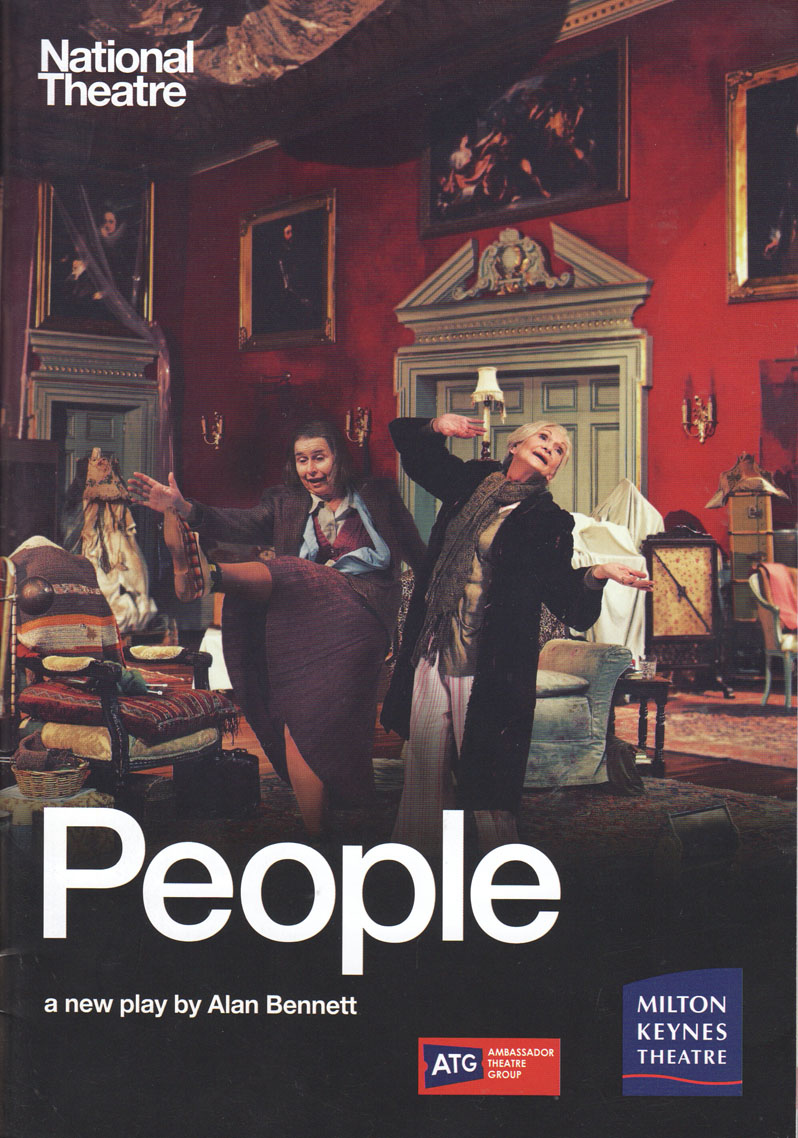 Alan Bennett is one of Britain’s most celebrated playwrights, and the much anticipated People is the sixth of his plays to have its premiere at the National Theatre. Following its original run at the National Theatre, The History Boys transferred to Broadway, winning the Tony Award for Best Play in 2006, and toured internationally before being turned into a film, again directed by Nicholas Hytner and with a cast including Frances de la Tour.

Bennett and Hytner also collaborated on the award-winning play and film The Madness of King George and their last stage production, The Habit of Art, was broadcast as part of National Theatre Live in 2010.Presse : "Mordantly funny new play...while the play has one or two awkward contrivances, it confirms Bennett's peculiar gift for blending the satiric and the elegiac. " Michael Billington for The Guardian

"Bennett’s writing brims with ideas — perhaps too many. Several of the characters are underdeveloped, and I’m not absolutely convinced that he has decided what this play’s main concern is. Yet it has bite..." Henry Hitchings for The Evening Standard

"People has a good theme but the production doesn’t half plod in places." Quentin Letts for The Daily Mail

"People is maybe not the most even-handed of plays but it demonstrates that, in his 78th year, Alan Bennett's acute wit and talent for challenging cosy English complacencies are in a very healthy state of preservation." Paul Taylor for The Independent

"At 78, Alan Bennett has lost little of his mischievous wit and sense of the ridiculous. His eagerly awaited new comedy, People, may not be out of the top drawer of his work, lacking the emotional depth and sly subtlety of his best writing, but it is entertaining, funny and touching...This may not be Bennett at the very top of his game, but it is still a richly enjoyable evening. " Charles Spencer for The Daily Telegraph