Résumé: The play begins with married couple Kate and Deeley smoking cigarettes and discussing Kate's old friend Anna, who is coming to visit them. Kate says that Anna was her only friend, but Anna had many friends. Deeley says he's never met Anna, and is surprised to hear that Kate and Anna roomed together 20 years ago. Kate says that Anna occasionally stole her underwear.

In the next scene, Anna arrives, talking incessantly about the fun times she and Kate shared in their youth. Kate says very little. Deeley tells Anna that he first met Kate at a movie, and asked her out for coffee afterwards. Anna's rebuttal is a story about her time living with Kate, when she came home to find Kate sitting in silence while a young man sat in their arm chair crying. Anna couldn't see his face because his hand was covering it while he cried. Neither of them said anything to her, so she awkwardly went to bed. Kate went to bed as well, and the man continued to sob in the darkness for a while before getting up and walking over to Anna's bed. He stared at her for a while, but she ignored him. He then went to Kate's bed and lay across her lap, and then he left. Anna emphasizes to Deeley that she ignored the man because she would have nothing to do with him. Kate neither confirms nor denies either of their stories, and eventually decides to take a bath.

While Kate is taking her bath, Deeley confronts Anna, telling her that he's met her before. He says she used to dress in black and get men to buy her drinks, and he fell for it, buying her a drink 20 years ago and going with her to party. They sat across the room from each other, and he looked up her skirt. A girl sat beside her and they talked, while Deeley was surrounded by men and lost track of the girls. When he got through the crowd to the couch where the girls had sat, they were gone. Anna pretends to have no idea what he's talking about, and he insists that she was trying to be Kate back then, mimicking her mannerisms and shy smile, but she wasn't as good at it. Deeley recounts first meeting Kate in a movie theater showing the film "Odd Man Out".

Kate returns in her bathrobe, and the two compete for her attention, while she consistently says practically nothing. Eventually Anna admits that she once wore Kate's underwear to a party where a man unabashedly stared up her skirt. She goes on to Deeley that Kate always lent her underwear, asking her to wear it all the time. Kate says nothing, but when prompted to confirm or deny their stories, she says to Anna, "I remember you dead." Kate then goes on to describe how Anna had been dead in bed, covered in dirt, and how her body was gone when a man arrived. She told the man that no one slept in the extra bed, and he lay in it, thinking Kate would sleep with him. Instead, she nearly suffocated him with mud from the flower pot by the window, and his response was a proposal of marriage. 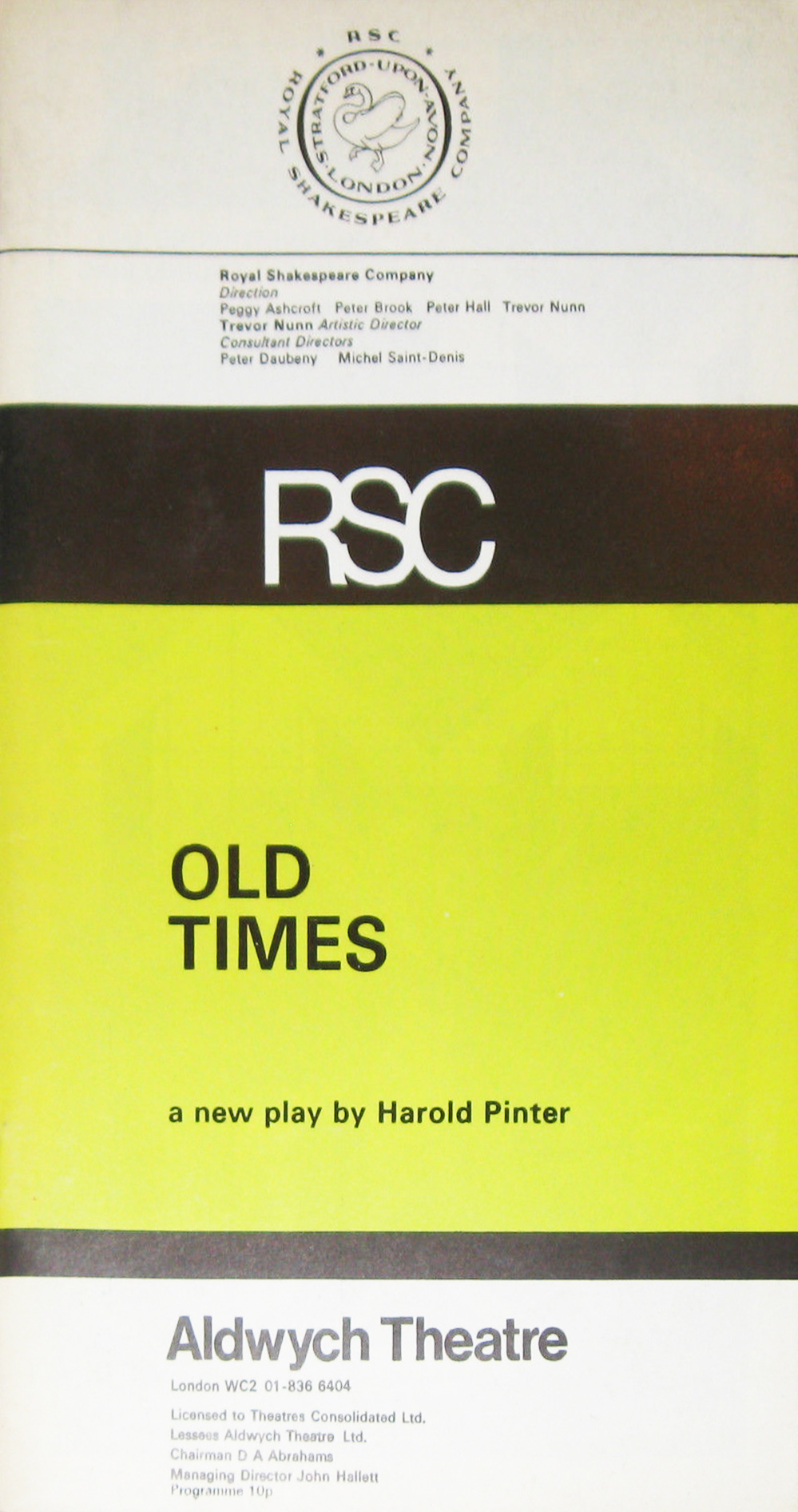