Résumé: Ian McKellen is to celebrate his 8oth birthday by raising funds for theatres, with a new solo show which will play on 80 stages across the UK. The intimate show is a mixture of anecdote and acting, including Tolkien, Shakespeare, others...and you the audience. Ian McKellen says: "I'm celebrating my 80th birthday by touring a new solo show to theatres I know well and a few that I don't. The show starts with Gandalf and will probably end with an invitation to act with me on stage. In-between there will be anecdotes and acting. I open at my local arts centre in January and end up by August in Orkney. Live theatre has always been thrilling to me, as an actor and in the audience. Growing up in Lancashire, I was grateful to those companies who toured beyond London and I've always enjoyed repaying that debt by touring up and down the country myself, with the National Theatre, Royal Shakespeare Company, Prospect Theatre, the Actors' Company, as well as with commercial productions. Sean Mathias, the director and I have worked together for stage and screen, many happy times." 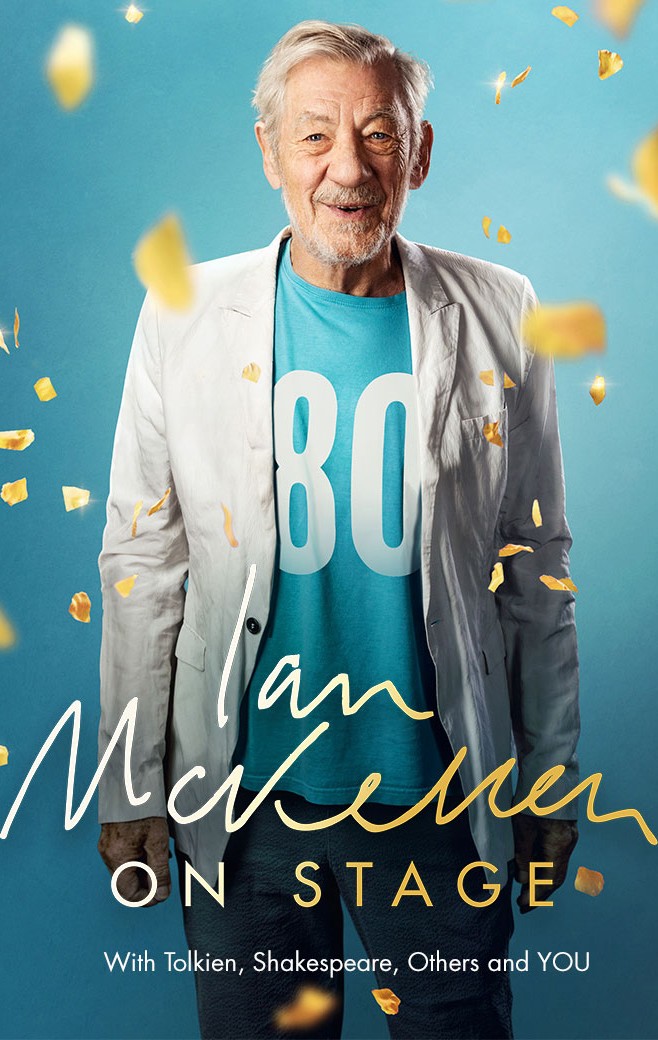 Type de série: Revival
Théâtre: Harold Pinter Theatre (Londres - Angleterre) Durée : 3 mois 2 semaines Nombre : Première Preview : vendredi 20 septembre 2019Première : vendredi 20 septembre 2019Dernière : dimanche 05 janvier 2020Mise en scène : Sean Mathias • Chorégraphie : Avec : Ian McKellen.Commentaires : To celebrate his 80th Birthday, Sir Ian McKellen is bringing his one-man show, Shakespeare, Tolkien, Others and You to the West End's Harold Pinter Theatre following on an extensive tour of London and the UK visiting venues far and wide that have had a part to play in the actor's legendary career.
Taking to the stage with stories and anecdotes from his illustrious career both on stage and screen, McKellen performs reprises extracts from his most-renowned performances, which include Shakespeare's Lear and Tolkien's Gandalf from Lord of the Rings, while engaging with audience members to help craft the show.
Beginning his tour at his local arts venue The Space, McKellen will be taking the show across London to theatres including the Young Vic, Old Vic, Royal Court, Donmar Warehouse, Questor's Theatre and Theatre Royal Stratford East. He will also be performing at the Royal Shakespeare Company in Stratford-upon-Avon, where he has appeared many times throughout his career, and The Albert Halls in his hometown of Bolton. It culminates with a gala performance in the Olivier at the National Theatre on 15th September 2019.
Ian McKellen's career began in the 1960s when he made his professional debut at the Belgrade Theatre in Robert Bolt's A Man for All Seasons. His career went from strength to strength as he joined Laurence Olivier's National Theatre company at the Old Vic, with regular performances with the RSC and West End. Recent West End appearances include King Lear at the Duke of York's Theatre, Waiting for Godot at the Haymarket and No Man's Land at Wyndham's, both opposite long-time collaborator and friend Patrick Stewart.
Ian McKellen on Stage will be at the Harold Pinter Theatre from 20th September 2019 to 5th January 2020.