Résumé: The Glass Menagerie is the play that brought a brilliant young writer named Tennessee Williams to national attention, and, in his own words, 'changed my life irrevocably' when it first premiered on Broadway in 1945. More than seventy years later, Williams's most personal work for the stage continues to captivate and overwhelm audiences around the world. 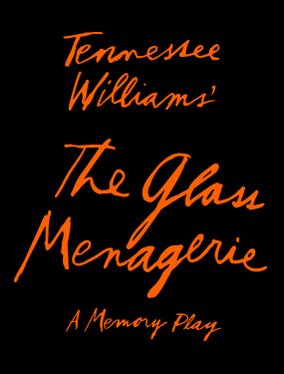 "On paper, it’s intriguing. In practice, it makes for a disjointed “Glass” that is empty of emotion and impact. Intimacy gets lost when actors seem to be in different plays." Joe Dziemianowicz for New York Daily News

"For all this production’s cerebral choices and cold, distancing design, the emotional impact is there: love, disgust, betrayal, shame and the longing for understanding. Yes, Menagerie is memory, and I’ll not soon forget this shockingly fresh frame and angle. The glass figures are polished, hard, to the breaking point; the light bouncing off them is nearly blinding." David Cote for Time Out New York

"I applaud any director's efforts to reimagine the classics, but this production never got beyond the experimental stage, and should have been left in the rehearsal room." Roma Torre for NY1

"Despite some fine work from the actors, you end up being moved more by the sheer resilience of the writing than by the intrusive presentation. That's not to say this destined-to-be-divisive production doesn't demand to be seen, not least for the chance to watch Sally Field uncover the raw, wrenching despair beneath the abrasive nagging of her tenacious Amanda." David Rooney for Hollywood Reporter

"Of all the plays in the American canon, 'The Glass Menagerie' seems a most unlikely candidate for deconstruction. But that doesn’t deter director Sam Gold from laying hands on this Tennessee Williams gem and subjecting it to a severe reinterpretation — thereby hugely challenging the efforts of a very keen Sally Field." Marilyn Stasio for Variety