The Royal Albert Hall, which was originally going to be called the Central Hall, was built to fulfil the vision of Prince Albert, husband of Queen Victoria, to be used to promote understanding and appreciation of the Arts and Sciences. It was to stand in the heart of the South Kensington estate, which was to be developed with the profits of the Great Exhibition of 1851.

When Prince Albert died of typhoid fever in 1861, all plans for the building were put on hold until they were rekindled by Albert’s collaborator on the Great Exhibition, Henry Cole.

The design of the Hall is inspired by Cole’s visits to ruined Roman Amphitheatres and it was originally intended to accommodate 30,000 people, which was eventually reduced to 7,000 for financial and practical reasons, and today, due to modern fire regulations, to around 5,500.

Work started in April 1867 and the Hall was opened on March 29 1871 by Queen Victoria, renamed in Prince Albert’s memory to the Royal Albert Hall of Arts and Sciences. When Victoria opened the Hall she was so overcome by emotion that the Prince of Wales had to speak in her place; her only recorded comment on the Hall was that it reminded her of the British constitution.

The Hall’s main auditorium is 185 feet wide by 219 feet long and is covered by a glazed dome. The sheer size of the enclosed space coupled with the reflection of sound from the glass roof above created a significant echo which was only finally resolved in the late 1960s with the addition of multiple acoustic saucers, often referred to as the Royal Albert Hall mushrooms. 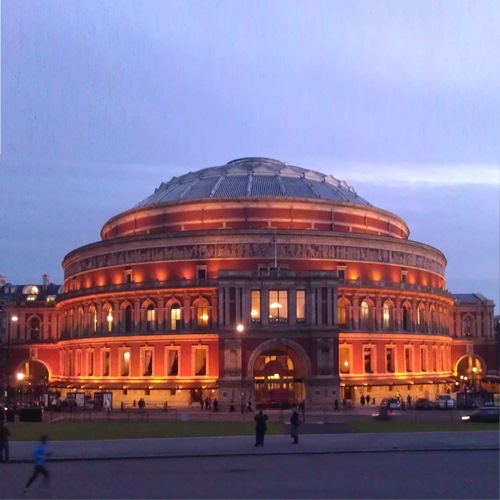 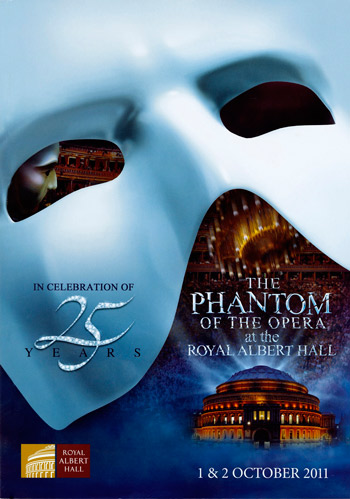 Metteur en scène: Laurence Connor •
Chorégraphe: Gillian Lynne •
Avec: Ramin Karimloo as 'The Phantom' , Sierra Boggess as 'Christine'. Barry James as 'Monsieur Firmin', Gareth Snook as 'Monsieur Andre', Liz Robertson as 'Madame Giry' and Wynne Evans as 'Piangi' together with a cast and orchestra of over 200 and some special guest appearances

Commentaire: Performances at the Royal Albert Hall to celebrate the show's 25 years  (plus) 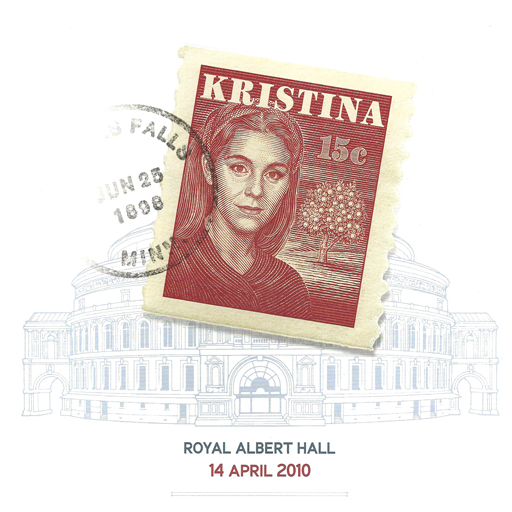 Commentaire: This was an opera based on the novels of Wilhelm Moberg and had first been performed in a four-hour version in Sweden in 1995. In spite of it being completely unlike anything else in the ABBA canon it had been an enormous success in Stockholm. This shortened version, in an English translation, was given a one-night only concert performance at the Royal Albert Hall – to a sell-out audience and a standing ovation. Several critics expressed surprise that something so gloomy and drawn out could evoke such an enthusiastic audience response.  (plus) 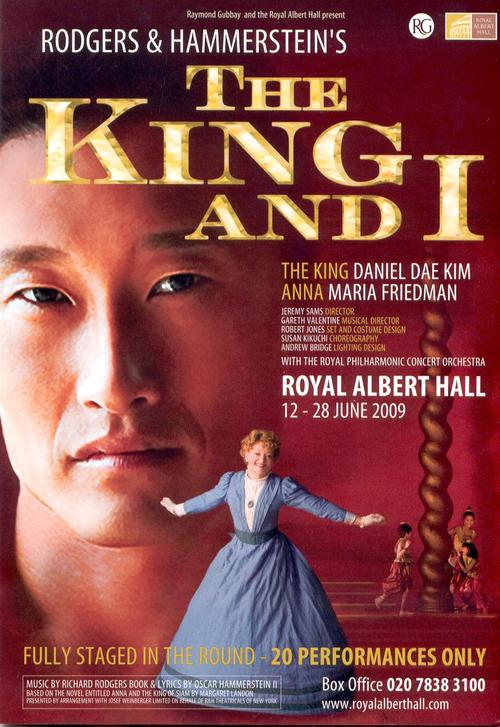 Commentaire: This was a huge spectacular production with a cast of 45 adults and 77 children, and the 40-strong Royal Philharmonic Orchestra, not to mention the impressive (indoor!) fireworks display. There was special praise for Maria Friedman and for Daniel Dae Kim (better known from the cult TV series “Lost”).  (plus) 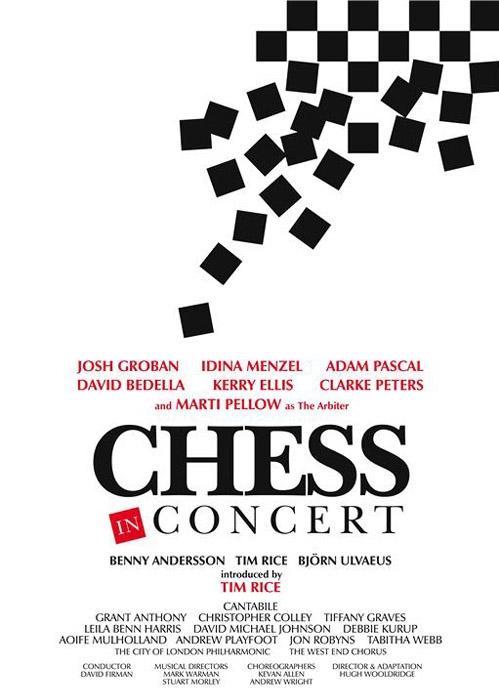 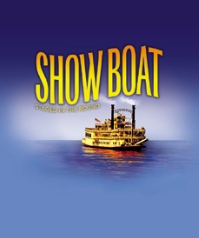 
Commentaire: With the Royal Philharmonic Orchestra and a cast of 71 (excluding children!) this was a massive spectacle, and the first time a fullscale musical had been presented at the Royal Albert Hall (although some operas had been performed in the past.) It was highly successful.  (plus)