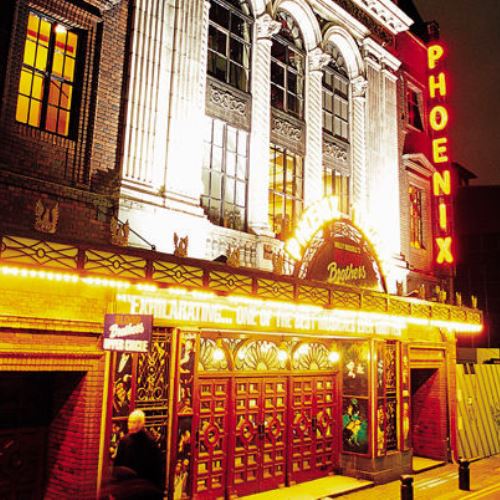 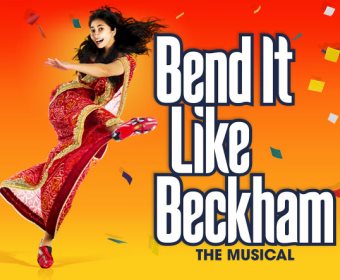 Some hundred yards north of Cambridge Circus, and on the line of the west boundary wall to the former medieval Hospital of St Giles, the stuccoed entrance to the Phoenix Theatre blends with its conjoined neighbour, an unprepossessing six-storey block of offices above shops, as it curves into the narrow confines of Flltcroft Street, where the Elms Lester scene-painting workshop of 1903-4 is a rare survival of Its kind. Opposite the entrance in Charing Cross Road is the Central St Martin's College of Art and Design (1939) and an interesting former pub, the Tam O'Shanter (1876), while between the two is the remnant of what appears to be a small early cinema.
Like so many others, the theatre was built on land formerly occupied by run-down properties; In this case including a corner pub, but in particular the Alcazar, a ‘music hall' of rather dubious moral character. That name is now perpetuated in a block of flats close by in Phoenix Street, which forms the southern boundary to the theatre. Also in Phoenix Street is the present main theatre entrance, whose classical style contrasts markedly with the Art Deco of the Charing Cross fagade. Formerly linked to the now demolished Curzort Cinema, the front is dominated by its wide central Portland-stone bay, which features twisted Ionic columns under a richly decorated entablature and modllllon cornice above three pairs of enriched doors. To either side are single-window wide brick bays.
In the late 1920s Sidney Lewis Bernstein, later Lord Bernstein, assembled a unique quartet of archltect-deslgners to create his theatre on lands owned by the Brinkman Estate. Bertie Crewe, who had designed the Metropole, Birmingham, as early as 1885, was joined by Cecil Masey, whose Empire In Edmonton, north London, was under construction in 1908. While Crewe was nearing the end of his working life in 1930, Masey would collaborate with Theodore Komissarjevsky to produce super-cinemas for Bernstein through the following decade, including the masterpiece of the Granada Cinema, Tooting, and such minor classics as the Granada, Harrow Weald, Middlesex (both 1937). Komissarjevsky was bom In Venice of Russian parents and trained in architecture. He came to England in 1919 aged 27, making an indelible impression on English theatre with exceptional productions in his converted cinema at Barnes in West London. The fourth member of the team, Sir Giles Gilbert Scott, is harder to place in this company; since 1903 he had been deeply involved with the building of the great Anglican Cathedral in Liverpool, with Ampleforth Abbey and College, Yorkshire also on his drawing board. In 1947, aged 67, he began work on Bankslde Power Station, now the Tate Modern Gallery, close to Shakespeare’s Globe.
Contrasting entrances lead through to contrasting foyers. Behind the Charing Cross Road frontage is a very pretty circular domed enclosure decorated In shades of blue and cream, accessed by two pairs of enriched doors glazed with 14 bevelled lights. Entering from Phoenix Street, one sees richly coloured coffering and grotesque scrollwork dominating a marble staircase adorned with decorative detail in an 18th-century style. Rich decoration extends throughout the building. For his first theatre design Komlssarjevsky chose a loose but masterly Italian Renaissance style, with nine painted panels in the auditorium and a superb painted safety curtain by
Vladimir Polunln. The attractive circular Inner stalls vestibule Is enhanced by an elaborate mirrored ceiling, and a visit to the plushy Phoenix Stalls Bar will be rewarded by a small but exceptional collection of cartoons from the likes of Bill Tidy, David Langdon and Quentin Blake, lampooning the Phoenix.
The blue, pink and gold colour scheme of the opening night Is perpetuated in spirit, enlivened by in- house decoration repeating exactly the previous colour scheme - thus sidestepping the need to make application to the local council and to English Heritage for listed building consent, which would probably be required on the grounds that any deviation from the existing colours could be interpreted as changing the character of the building.
Since its opening production of Noël Coward’s comedy Private Lives on 24 September 1930, the theatre has seen many successes, ranging from Late Night Final (1931) to Dancing at Lughnasa starring Alec McCowen (1991). Willy Russell's Blood Brothers has been running here non-stop since 1991.

The Stalls are divided into two blocks with a central aisle running the full length of the auditorium. Due to the angle of the set, seating is best towards the centre, although seats on the end of rows are not as bad as in other venues. The show itself is intimate and many prefer to be closer to the action to feel more involved. Sitting in the front section does not require too much neck craning, and nothing is missed on-stage due to the significant rake. For those who like to see the live band in action, sitting closer to the front and to the sides allows views through the set up to the band who perform hidden from the audience.

Most seats in this section offer an excellent view of the stage, although the ends of the rows are not as good as the centre, which is to be expected. Rows A and B can be obstructed by the safety rail, and so it may be wise to sit a couple of rows further back to avoid this altogether. Leg room is tight especially in row A, so if you are taller you may prefer sitting in the stalls.The final rows are affected by the overhang of the Upper Circle, although for this show it does not mean you are missing out on too much of the action. Sight lines are again enhanced by the stage rake and the action never feels too far away.

The Upper Circle is similar in quality to the Dress Circle, and has a similar amount of seats. Divided once again by a centre aisle the first few rows feel relatively close to the stage and can be intimate. A rail once again obstructs the view in the front two rows, but this can be overcome by tactful sitting. It can get rather hot at this level during the summer as the theatre does not have air-conditioning. Due to the shape of the theatre the ends of each row are restricted and are not as good value as those towards the centre. 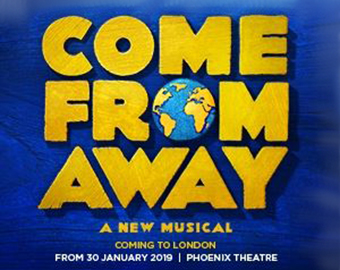 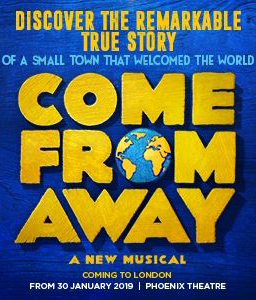 1) Come from Away (Original London)

Commentaire: The show transferred to London’s Phoenix Theatre in early 2019, following a short run in Dublin at the end of 2018.  (plus) 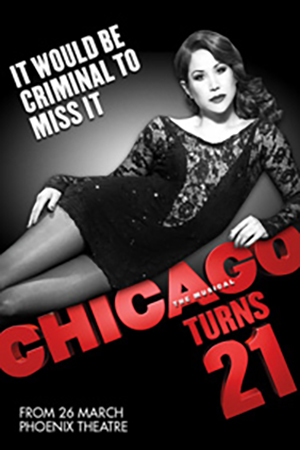 Commentaire: After a hugely successful tours across the UK and internationally, smash-hit American musical Chicago returns to the London stage, starring Academy Award-winning actor Cuba Gooding Jr as Billy Flynn. Last seen at the Garrick Theatre in 2012, the production returns to the Phoenix Theatre in March 2018, celebrating its 21st anniversary as the longest-running musical on Broadway.  (plus) 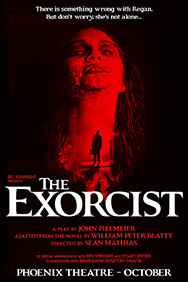 Commentaire: Following its UK premiere in Birmingham, this terrifying stage adaptation of William Peter Blatty’s story The Exorcist comes to London, running at the Phoenix Theatre from October.  (plus) 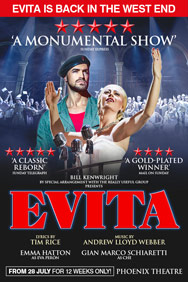 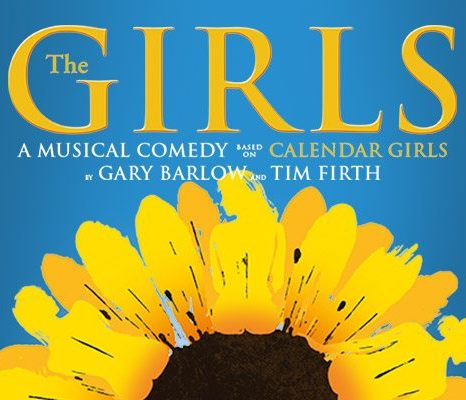 Commentaire: The show premiered in November 2015 at the Leeds Grand Theatre, and also played the Lowry in Salford Quays in January 2016, both productions acting as tryouts for an intended West End run.  (plus) 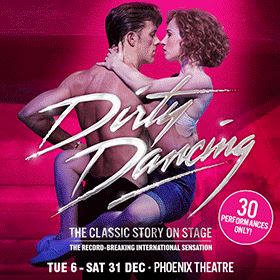 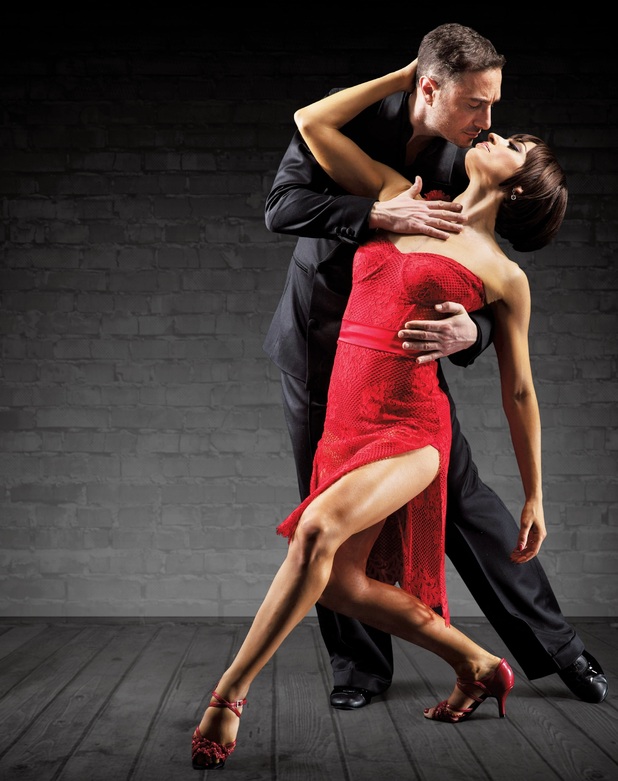 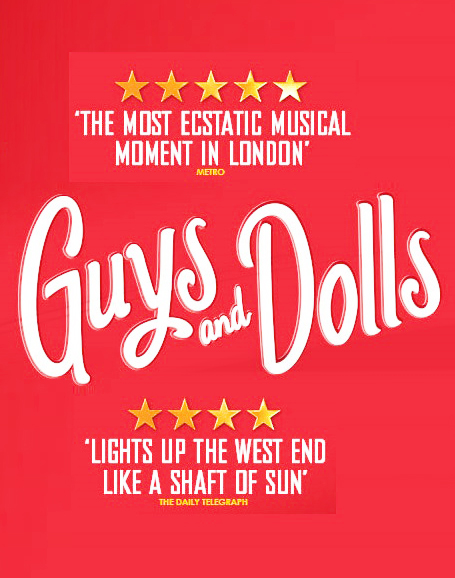 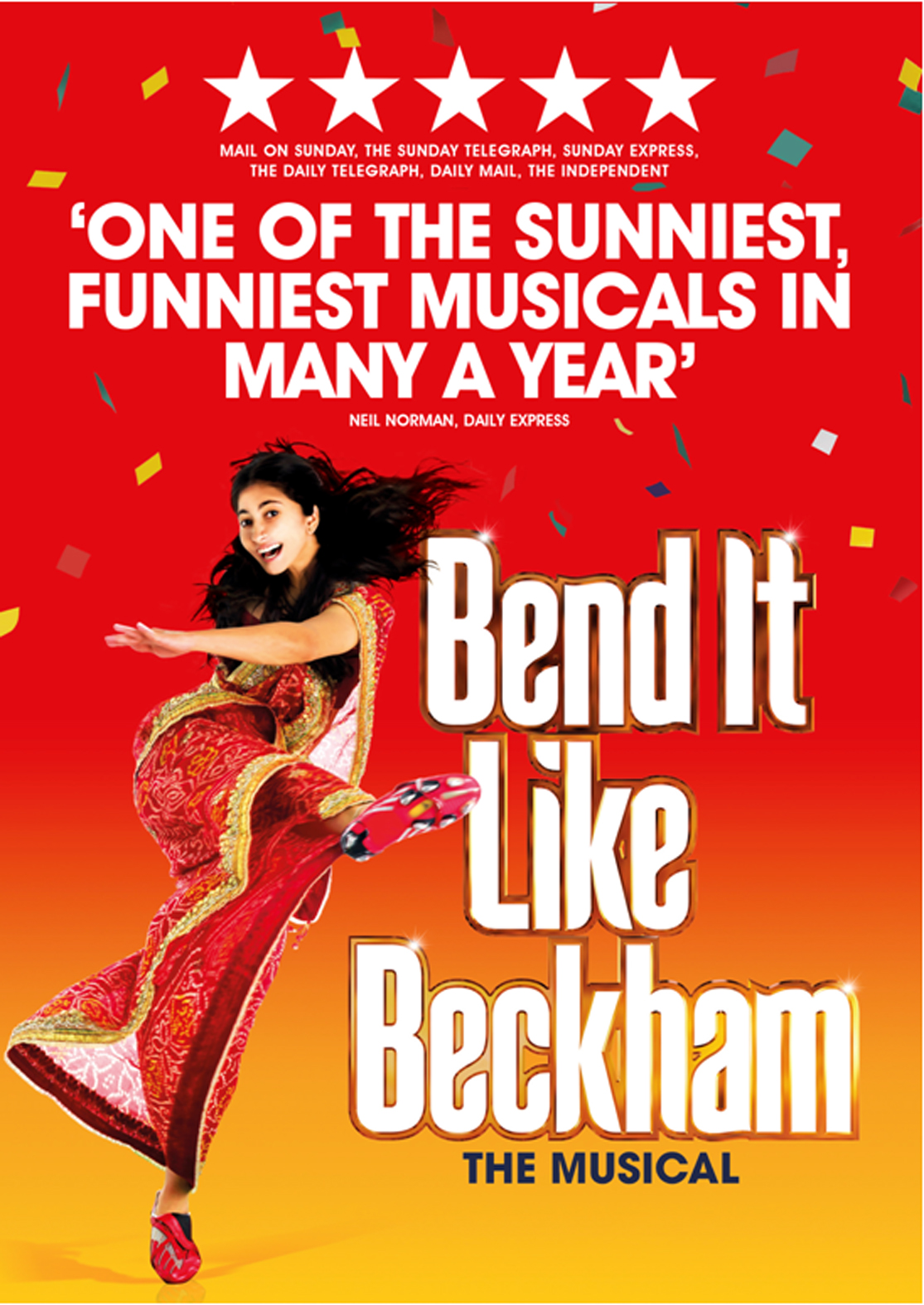 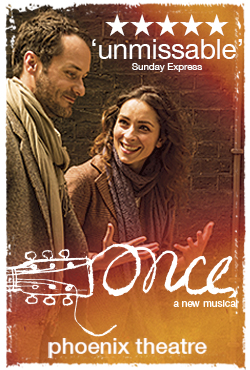 Commentaire: In the musical, the cast also serves as the orchestra. A minimalist set is used, including a bar in center stage with chairs lining stage left and right. Exiting cast members simply step to the side of the stage and sit down. They serve as the orchestra from these chairs. The bar is used at intermission as a working bar for refreshments.  (plus) 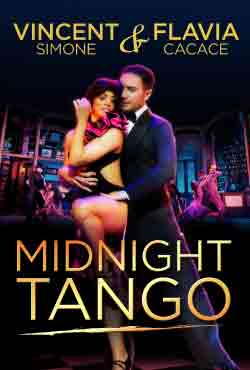 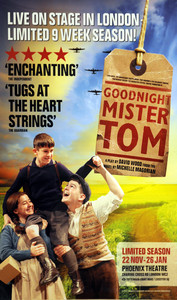 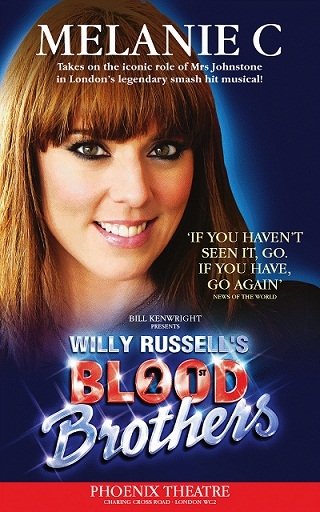 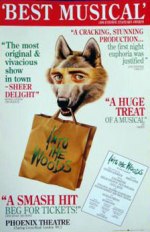 12) Into the woods (Original London)

Commentaire: The original Broadway production ran for 764 performances in 1987 following a series of workshops and try-outs. The London production ran just five months, but won Olivier Awards for Best Director and Best Actress in a Musical (Imelda Staunton).  (plus) 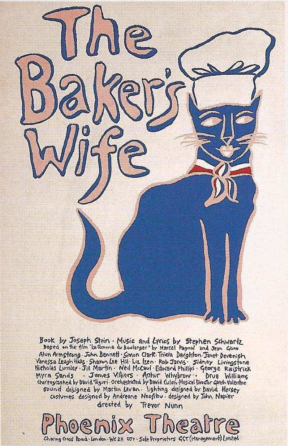 Commentaire: The show was heavily re-written for London, but closed fairly quickly even
though many critics thought it the very best of Stephen Schwartz’s work.  (plus) 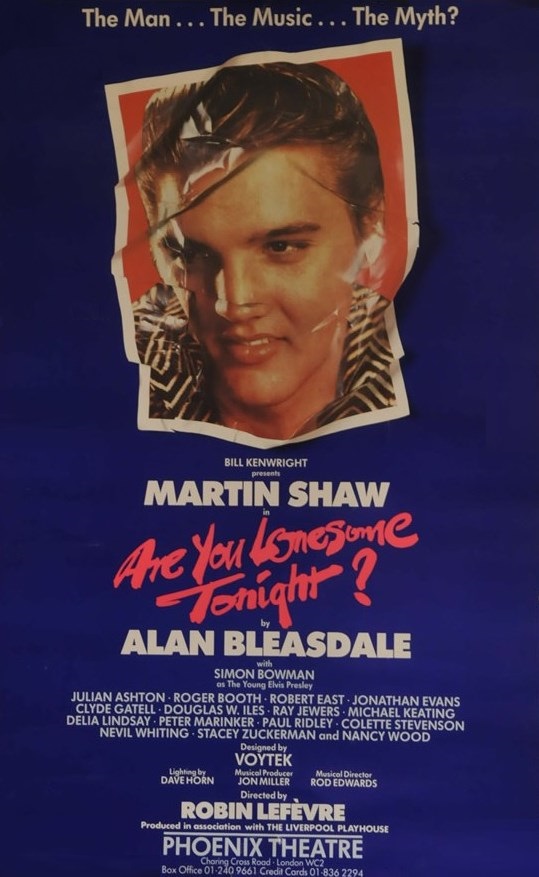 10) Are you lonesome tonight? (Original)

Commentaire: Simon Bowman’s re-creation of young Elvis at the peak of his professional life was much praised, and Martin Shaw’s portrayal of a legend in decay was similarly acclaimed. The writing and liberties taken with the real life-story were criticised, but the show itself was a great hit with the critics, and won the Evening Standard Best Musical of the Year award. The production originated at Liverpool Playhouse.  (plus) 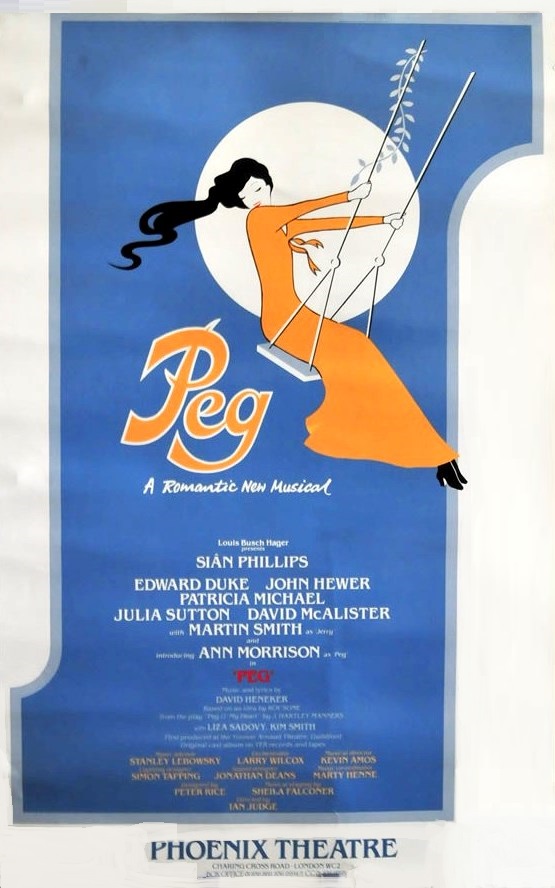 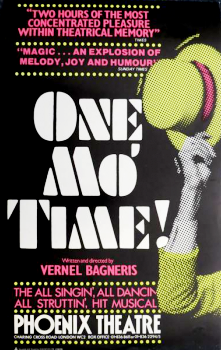 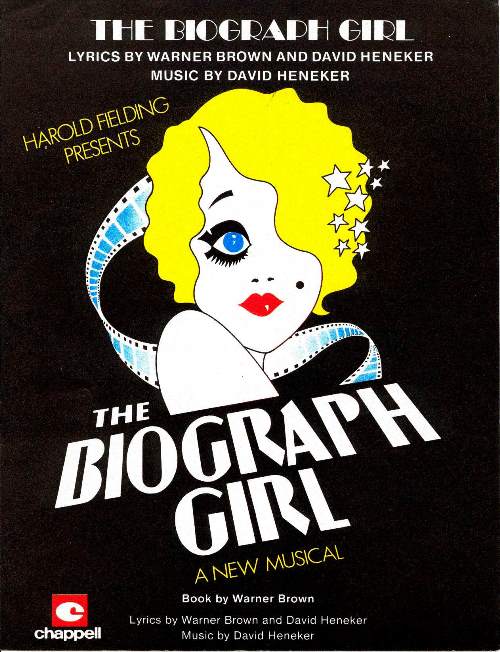 Commentaire: This opened at the Gardner Centre, Brighton and was devised as a small-scale show, inspired by Warner Brown’s rejected play “Flickers”. The opening night was attended by Lillian Gish herself and attracted enormous publicity. The critics felt the show hovered uneasily between parody and reverential salute, and in spite of a lot of praise for Heneker’s score, the show came off rather quickly.  (plus) 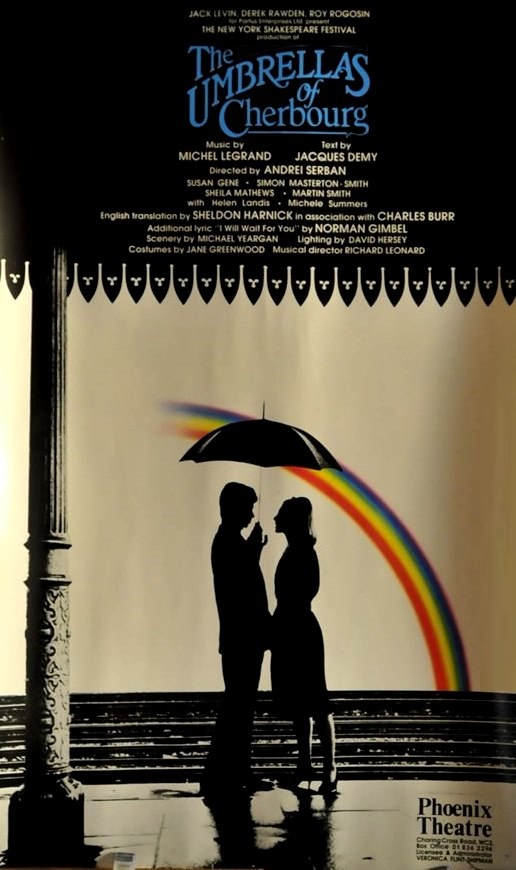 Commentaire: It was a kind of “bookless” musical, performed in a whole series of scenes with no dialogue. Thanks to some extraordinarily bold stage effects from designer Michael Yeargan and the lighting designer David Hersey, the show was presented as if seen “through a window running with a continuous drizzle and misted from inside with the breath of spectators, all reminded of their own first loves”. This was a kind of living Impressionism, “shimmering like a Renoir”. This was all much too arty and too unconventional for the usual West End audience. The show came off very quickly.  (plus) 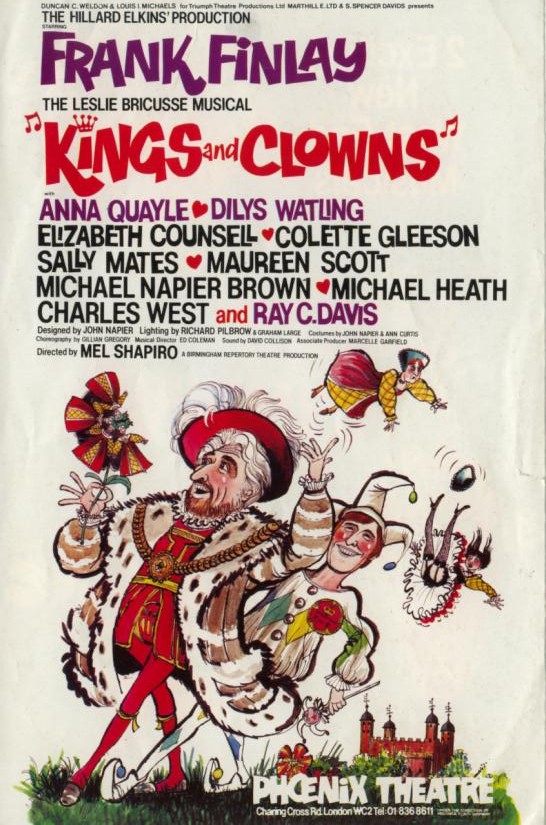 Commentaire: In the words of Kurt Ganzl: “It starred the distinguished actor Frank Finlay as an unlikely King Henry at the centre of an anachronistic clutch of wives and a gaudy, tasteless production as he aged from sporty youth to slobbering elder among a bundle of feeble songs and some appalling dialogue. It was hard to believe this fiasco of tastelessness was the work of (Leslie Bricusse)”.

It was universally damned and closed after a month.  (plus) 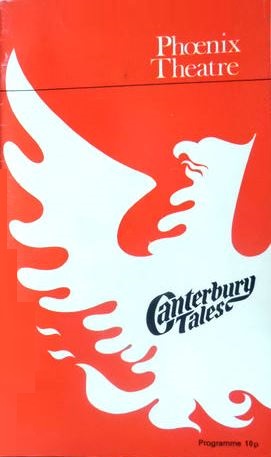 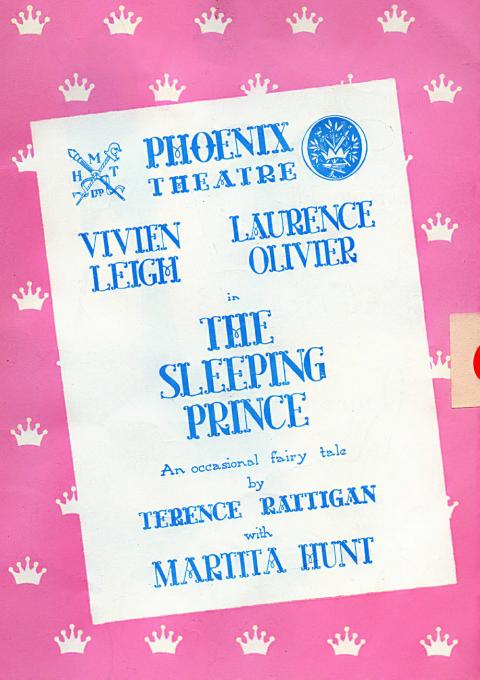 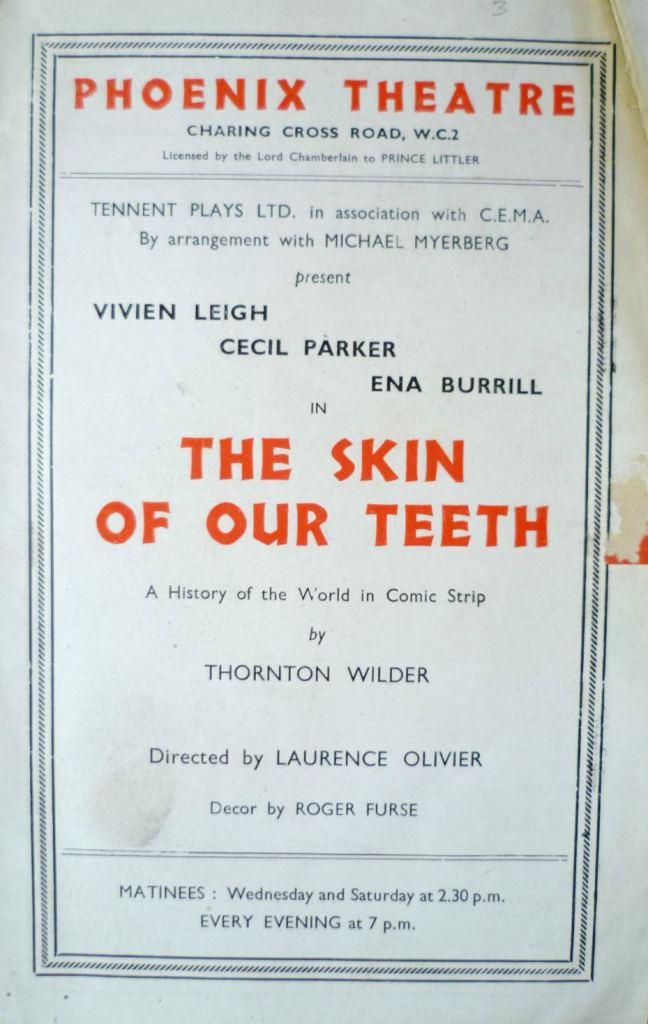