Dorothy is blown by a tornado into munchkinland where she meets the Scarecrow, the Tin-man, and the Cowardly Lion. They all go off to see the Wizard of Oz, who turns out to be a phony, but she starts believing and they all live happily ever after.

Tryouts and Broadway
The idea for the musical originated with producer Ken Harper. He replaced the original director with Geoffrey Holder in Detroit during out-of-town tryouts.
The original Baltimore cast included Renee Harris as Dorothy, Charles Valentino as the Scarecrow, Ben Harney as the Tin Man, Ken Prymus as the Cowardly Lion, and Butterfly McQueen as the Queen of the Field Mice. Only Harney would remain in the Broadway cast, but in a much smaller role.
The musical opened on January 5, 1975 at the Majestic Theatre, with Geoffrey Holder as director and the following cast: Stephanie Mills as Dorothy, Hinton Battle as the Scarecrow, Tiger Haynes as the Tin Man, Ted Ross as the Lion, Dee Dee Bridgewater as Glinda the Good Witch of the South, André DeShields as the Wizard, Mabel King as Evillene the Wicked Witch of the West, Clarice Taylor as Addaperle the Good Witch of the North, Tasha Thomas as Aunt Em, Ralph Wilcox as Uncle Henry.
Producer Ken Harper considered closing the show after its Broadway opening night. One source attributes its return to a publicity campaign and favorable audience reaction; William F. Brown, who write the book, gave a more specific explanation in 1993: "20th Century-Fox, the show's major investor, put in another $100,000 to keep it going and everyone agreed to royalty cuts until the productions cost—about $1.1 million—was recouped....By the eighth week, we were selling out."
The Broadway production moved to The Broadway Theatre on May 25, 1977, and closed on January 28, 1979, after four years and 1,672 performances.
A popular song from the production was "Ease on Down the Road", sung by the characters as they dance down the yellow brick road.
Along with other musicals including Purlie (1971) and Raisin (1974), The Wiz was a breakthrough for Broadway, a large-scale big-budget musical featuring an all-black cast. It laid the foundation for later African-American hits such as Bubbling Brown Sugar, Dreamgirls and Duke Ellington's Sophisticated Ladies.

National tour and later revival
The musical toured the US in 1976 and during the tour, Kenneth Kamal Scott replaced Andre DeShields as the Wiz, Stephanie Mills was replaced by Renee Harris, who was herself replaced in 1978 by Deborah Malone and subsequently Dorothy was portrayed by Ren Woods for the Los Angeles run at the Ahmanson Theater, where the 19-year-old made a big impression on Hollywood, casting her in the Milos Forman film Hair. Critics at the time compared her most favorably to Ms. Mills, who created the role on Broadway.
A revival ran on Broadway at the Lunt-Fontanne Theatre from May 24, 1984, through June 3, 1984, closing after 13 performances and 7 previews. Directed by Geoffrey Holder, the cast featured Stephanie Mills as Dorothy. It then ran in London at the Lyric Hammersmith from December 11, 1984, through February 2, 1985. A planned 2004 Broadway revival was not produced.
From 1996-97 there was another US national tour with Tasha Scott as Dorothy, Grace Jones (Evillene), Peabo Bryson (The Wiz), and CeCe Peniston as Glinda. The cast also featured Tony Terry as the Tin Man. Romelda Benjamin also played Aunt Em.

Act 2
"Don't Nobody Bring Me No Bad News" – Evilene & Winkies
"Wonder Wonder Why" – Dorothy (This song only appeared in the 1984 revival.)
"Everybody Rejoice (Brand New Day)" – The Company
"Who Do You Think You Are?" – Dorothy, Scarecrow, Tin Man, and Lion
"Believe in Yourself" – Wizard
"Y'all Got It!" – Wizard
"A Rested Body Is a Rested Mind" – Glinda
"Believe in Yourself" (reprise) – Glinda
"Home"/"Finale" – Dorothy 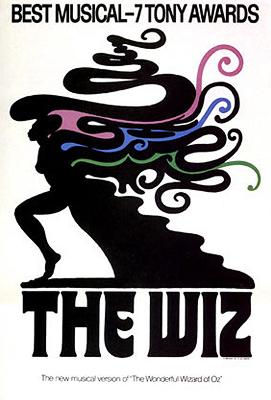 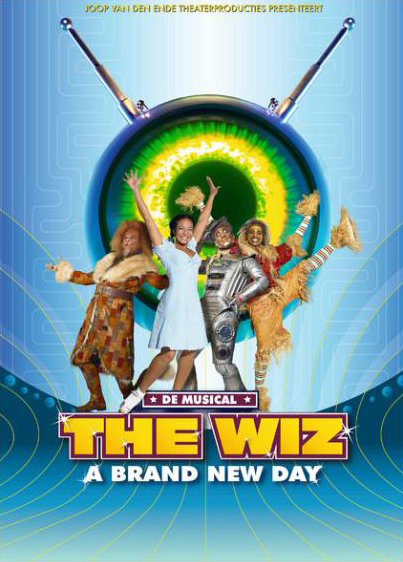