Set in 1595, the story follows the Bottom brothers, Nick and Nigel, who struggle to find success in the theatrical world, as they compete with the wild popularity of their contemporary William Shakespeare.

Welcome to the ‘90s - the 1590s - long before the dawn of premium tickets, star casting and reminders to turn off your cell phones. Brothers Nick and Nigel Bottom are desperate to write a hit play but are stuck in the shadow of that Renaissance rockstar known as The Bard. When a local soothsayer foretells that the future of theatre involves singing, dancing and acting at the same time, Nick and Nigel set out to write the world’s very first MUSICAL! But amidst the scandalous excitement of Opening Night, the Bottom Brothers realize that reaching the top means being true to thine own self… and all that jazz.

The musical began with an idea that brothers Karey and Wayne Kirkpatrick had since the 1990s. They finally joined with John O’Farrell to write several songs and presented those songs and a treatment to the producer Kevin McCollum in 2010. The team then joined with Casey Nicholaw, who brought in several of the actors, resulting in the workshop in 2014.
Something Rotten! was expected to have a pre-Broadway tryout at the 5th Avenue Theatre, Seattle, in April 2015. However, when a Broadway theatre became available, Kevin McCollum decided to open the show without the Seattle tryout. "David Armstrong, artistic director of 5th Avenue Theater, said...that after the positive buzz surrounding the musical’s workshop in October [2014], he and Mr. McCollum began discussing the possibility of the show bypassing Seattle in favor of Broadway." The developmental lab took place in New York City in October 2014 with Casey Nicholaw as director and choreographer.

Production
Something Rotten! opened on Broadway at the St. James Theatre in previews on March 23, 2015, and officially opened on April 22. Directed and choreographed by Casey Nicholaw, the scenic Design is by Scott Pask, costumes by Gregg Barnes and lighting by Jeff Croiter. 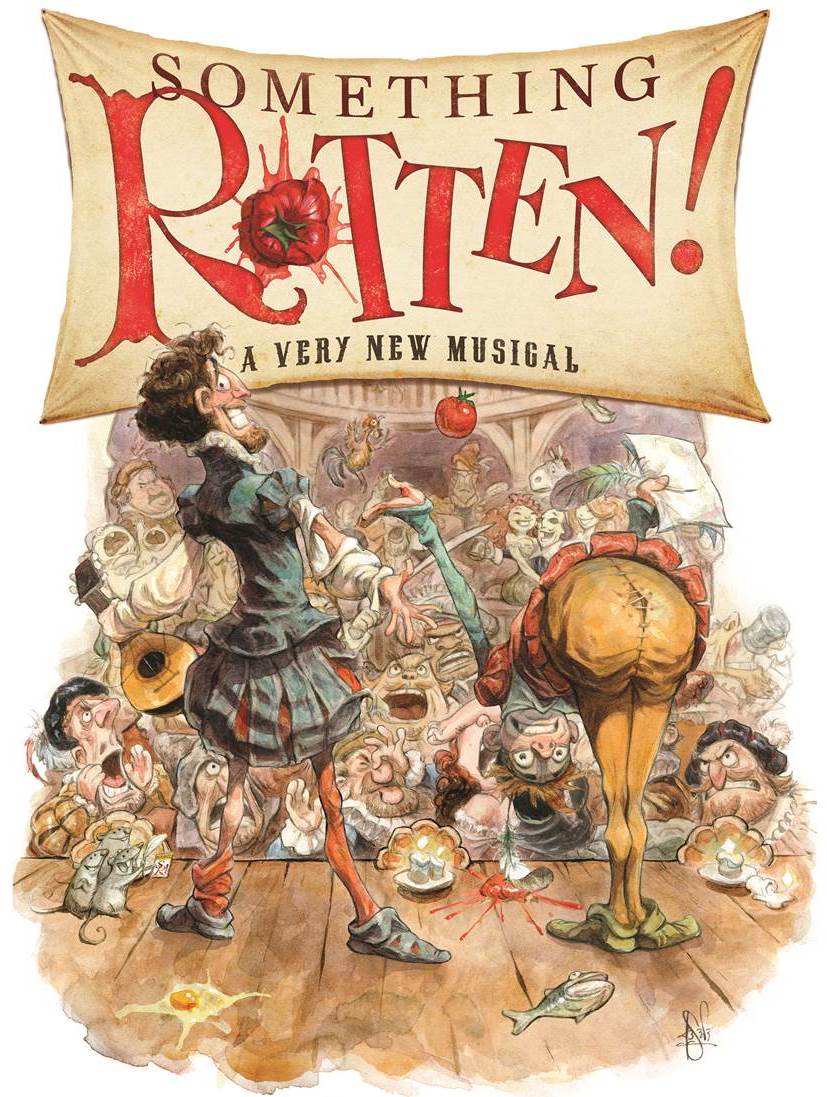