A love story set in West Virginia just after the American Civil War. Abigail, an English nurse, and her young son, Andy, are searching through the field hospitals looking for her long-lost preacher husband, Kane, only for Abigail to fall in love with a military doctor, the Major. Touching on themes of slavery and sexual liberation, secondary characters included Susannah, a tempestuous mistress, Moonshine, Andy’s acrobatic friend, and Serena, the black Mammy.

1 Someone like you peut-être considéré comme un Flop musical

Based on a concept developed by Clark and Ferdie Pacheco over a period of several years, it is set in West Virginia immediately after the end of the Civil War. Originally entitled Amen, it was conceived as a dark view of the difficulties Southerners faced dealing with carpetbaggers during the Reconstruction period, and also dealt with the problems of morphine-addicted Confederate soldiers returning home. It lost many of its serious overtones as the project evolved; Clark and Shipman's original book was revised substantially by Weldon (who also contributed the new title), and the plot became convoluted, often bordering on the ridiculous. Shipman later stated, "For all the faults there were in the original book . . . it was better than the hybrid we ended up with because it had passion."

Directed by Midgley, the musical premiered on October 25, 1989 at the Cambridge Arts Theatre in Cambridge, and in his review in the Cambridge Evening News, Alan Kersey wrote, "Petula Clark proved last night at the world premiere of Someone Like You that she can still work wonders both on stage and in the tough real world of show business." The production toured the UK through December 9.

On March 22, 1990, Someone Like You opened at the Strand Theatre in London's West End. In addition to Clark, it starred Dave Willetts (The Phantom of the Opera) as the Major and Clive Carter as Kane (roles in which Clark had hoped Andy Williams and Sting would be cast). Reviews were mixed, although most critics praised Clark's performance and her contribution to the score.

Due to financial difficulties faced by producer Harold Fielding, all his assets were seized, and the show closed without warning after the April 25 performance. Although an original cast album was never released at the time, Clark's recordings of several of the tunes were issued on various CDs throughout the ensuing years.

A studio recording of the score was released by Sepia Records in May 2007 [1]. With arrangements by the show's original musical director and arranger, Kenny Clayton, it features vocals by Debi Doss, Andrew Derbyshire, and Lewis Rae, who appeared in the original production as young Andy. Clayton is featured on piano and keyboards, with David Martin on guitar and Eric Young on percussion. 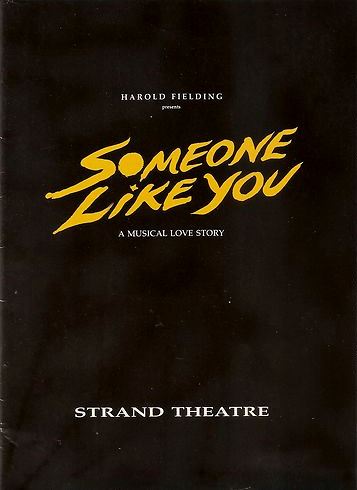