KISS OF THE SPIDER WOMAN is the beautifully haunting tale of two prisoners incarcerated in the most terrible of places. But out of their despair, they weave a touching tale of life, love, and loss. Molina begins to share his fantasies of Aurora, the actress of his dreams. Much to Valentin’s surprise, Molina’s stories begin to appear, transporting them into a world of vibrant color and feeling, a far cry from their dreary prison cell.

Based on El Beso de la Mujer Arana, a novel by Manuel Puig

Kiss of the Spider Woman was given a workshop by New Musicals, whose goal was to create, develop, and provide a working home for sixteen new musicals over four years, at the Performing Arts Center, State University of New York at Purchase in May 1990. It was directed by Harold Prince with choreography by Susan Stroman and featured John Rubinstein, Kevin Gray, Lauren Mitchell, and Harry Goz. An attempt to persuade New York critics not to review this initial production (given its workshop status) failed, with Frank Rich in The New York Times, followed by other critics covering the production and filing mostly negative reviews. New Musicals folded after Spider Woman.

Two years later, the producer Garth Drabinsky became involved, and his company, Livent, produced the show in Toronto at the St. Lawrence Centre for the Arts, Bluma Appel Theatre in June 1992. The cast starred Brent Carver as Molina, Anthony Crivello as Valentin and Chita Rivera as Spider Woman/Aurora.

Kiss of the Spider Woman premiered in the West End at the Shaftesbury Theatre on October 20, 1992, where it ran for 390 performances. Directed by Harold Prince with choreography by Rob Marshall, it starred Brent Carver as Molina, Anthony Crivello as Valentin, and Chita Rivera as Spider Woman/Aurora. The production won the Evening Standard Award for Best Musical.

It opened on Broadway at the Broadhurst Theatre on May 3, 1993 and closed on July 1, 1995 after 904 performances. It was again directed by Harold Prince, with choreography by Vincent Paterson and Rob Marshall, scenic design and projection design by Jerome Sirlin, costume design by Florence Klotz, and lighting design by Howell Binkley. The cast included Brent Carver, Anthony Crivello and Chita Rivera repeating their roles, as well as Merle Louise and Kirsty Carnahan. Carver, Crivello, and Rivera won Tony Awards for their performances. Notable replacements included: Brian Stokes Mitchell (Valentin), Howard McGillin and Jeff Hyslop (Molina); and, as Aurora: María Conchita Alonso, Vanessa L. Williams, and Carol Lawrence. The teaming of McGillin, Williams, and Mitchell was so strong that many critics felt they were superior to the original cast, and in a rare step a second cast album was recorded featuring these principles.

It opened in Buenos Aires, Argentina at the Lola Membrives Theatre on May 2, 1995. Directed by Harold Prince, with choreography by Vincent Paterson and Rob Marshall, the cast included Valeria Lynch in the title role, Juan Darthes and Anibal Silveyra. It was translated into Spanish by Pedro Orgambide and Alberto Favero. 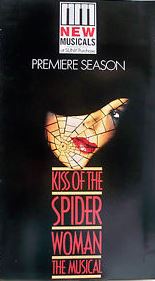 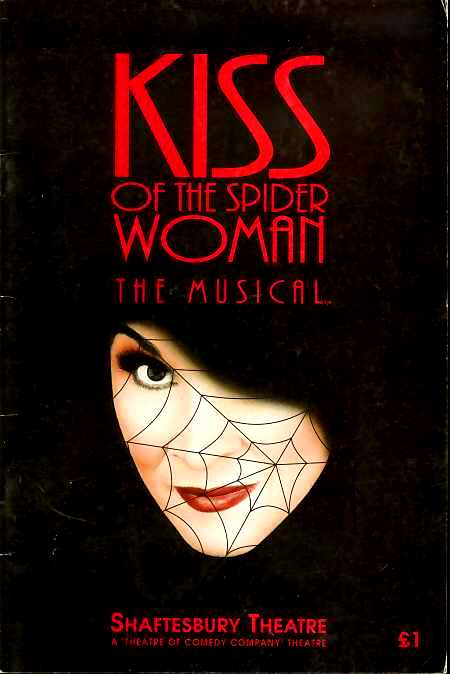 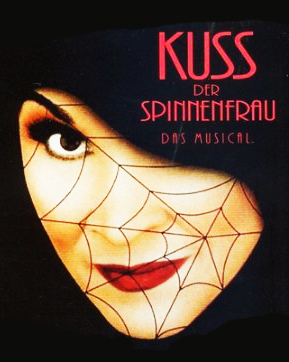